Who Will Ted Lasso 'Win Over' Next? What To Watch For in Season 2

There is an old adage when attending any coaching clinic, “if you learn just one thing, it was worth your time.” Even though not all the content was 100% family-friendly, there were so many examples of positive coaching in AppleTV’s hit show, Ted Lasso, that it’s hard for us to only mention one. And, although there are many examples, months after watching the first season, one particular scene still sticks out above the rest for its positive approach to handling a challenging situation.

Early in his tenure as the new head soccer coach of English Premier League’s AFC Richmond, Ted’s informal meeting with one of his players does not go well. The player, Roy Kent, is rude and stand-off-ish. After the disgruntled player leaves his office, Ted turns to his assistant coaches and says, “I can’t wait until we win him over.” At that moment, Ted didn’t complain about the player’s poor attitude, become confrontational with the player, or decide to quit on him. Instead, Lasso provided leadership, creating a new culture based on persistence, positivity and belief. So as season 2 of Ted Lasso launches this Friday, who will Ted 'win over' next?

The story above is just one example that coaches can take away from the hit show. There clearly is a trend and affinity toward positive coaching these days and PCA has been featured both on Good Morning America and in the Wall Street Journal recently as the trend is highlighted and even recognized in the professional ranks.

In watching the first season of the show, several coaching lessons come to the forefront. As you watch season two, here are a few things to keep your eye out for:​

For over 22 years, Positive Coaching Alliance has embraced the "Ted Lasso" effect 💙. https://t.co/Y9kL9j2KbL

At Positive Coaching Alliance (PCA), we define culture as, “the way we do things here.” In just one sentence, Ted affirms that he and his staff would continue to try and make a connection with the player and that it would eventually happen. In Ted’s mind, the coaching staff had just not made a connection with the player...YET! The idea that behavior is changeable and that we can improve with practice is what PCA’s national advisory board member, Carol Dweck, refers to as the growth mindset. In a growth mindset, you believe your ability can be developed no matter what your current skill level.

One of the reasons coaches enjoy the show so much is because Ted Lasso is relatable. Like Ted, some days coaches might feel way in over their head, but by committing to the daily process of love, effort, a positive attitude and discipline, they, like Ted, can persevere. Sometimes, coaches need to realize they may not be the most gifted person in the room, but what they lack in knowledge or experience, they can make up for with a positive attitude, perseverance, and connection. Throughout the show, Ted experiences rejection time and time again from his players, boss and even within his own marriage. However, Ted does not succumb to the opinion of others, but chooses to believe the best is yet to come. Ted Lasso "believes in hope. [He] believes in BELIEVE." 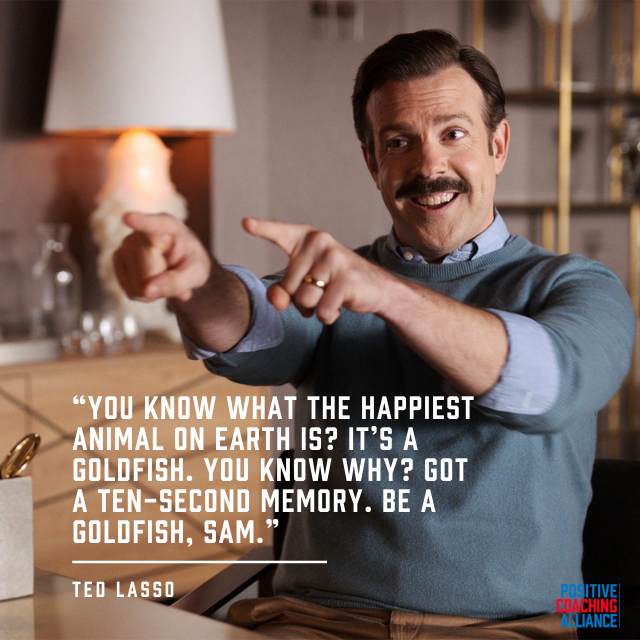 Connecting with a player who always just seems to give you trouble and doesn’t listen when you speak can be difficult; however, Ted eventually wins him over along with the rest of the organization using tools endorsed by PCA. He listens, recognizes the individual’s feelings, shows appreciation for all team members (regardless of their rank), asks for input and, most of all, has an enthusiasm for life that is simply unparalleled. As Ben Cohen wrote in his Wall Street Journal article, “Tyranny is out. Empathy is in. Coaches are getting the most of players by relating to them, not dictating to them, while keeping them accountable without coddling them. They are behaving more like Ted Lasso.”

Positivity is Effective, Not Soft

PCA aims to create “better athletes and better people”. Ted Lasso will fill both your head and your heart with so much positivity that you’ll have no choice but to pass it along and share with those under your supervision. Positive is not soft. Positive is just more effective, and research confirms it just works better. In fact, as Brendan Hunt, who plays Coach Beard in the show explains, “We’re not soft. We’re just not morons. We see better ways to get the best out of people. Humiliating them in front of their peers is probably not high on the list.” 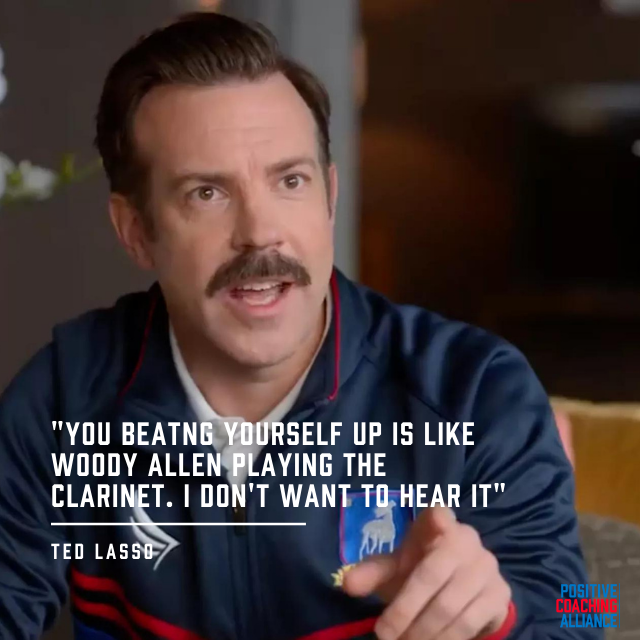 SPOILER ALERT! At the end of Season 1, the audience expects AFC Richmond to come away victorious in true Disney sports movie fashion. But, the team comes away on the losing end.  In true empathic form, as Ted had mentioned to the media earlier in the show, "For me, success is not about the wins and losses. It's about helping these young fellas be the best versions of themselves on and off the field." And throughout season 1, Ted does just that. His approach couldn’t be more in line with the teachings of Positive Coaching Alliance. We’ll look forward to more on and off-field success from Ted in season 2!

If you know a coach who exudes positivity like Ted Lasso, consider nominating them for PCA's Double-Goal Coach® Award presented by TeamSnap. They could win $10,000! 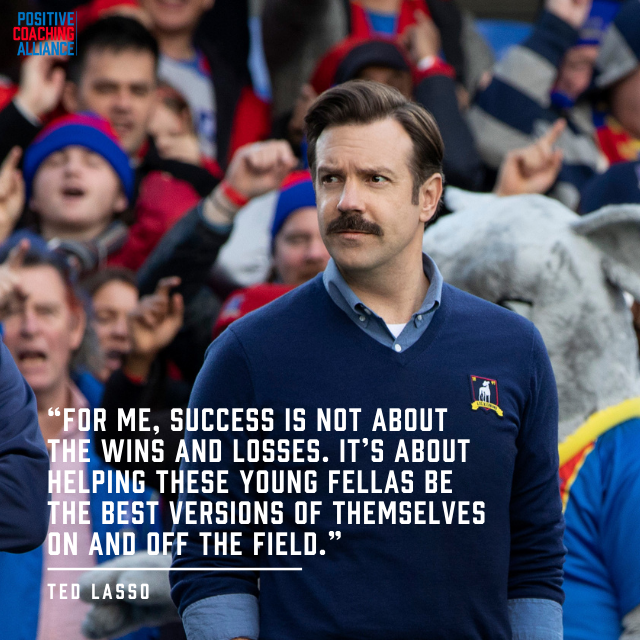 Coach Nelson holds a doctorate in sport and performance psychology and currently serves as a high school football coach, trainer for the positive coaching alliance (PCA) and adjunct faculty member at Grand Canyon University. He has worked for multiple professional sport franchises, a Fortune 100 Company, a division 1 athletic departments and has won numerous awards for his LEADership abilities.