One great positive impact – among many that PCA-North Texas creates for youth – is felt every year when we honor our Triple-Impact Competitor® Scholarship winners.

As you read the profiles of our most recent scholarship recipients – Margaret Bullington, Lexi Freeman, Kole Ramage, and Thomas Wilson – you might just find yourself inspired to support our ongoing efforts to reward student-athletes who are doing things right. 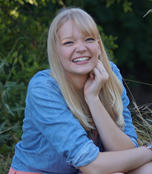 Margaret Bullington, a cross country runnner at Grace Preparatory Academy, is known as a "Triple-Impact Competitor on many levels: in the classroom, on the stage, on the track, and in every aspect of student life at our school. In every area she competes, she is driven to be the best. She leads by example. She forges ahead in a never-ending effort to be the best she can be." Teammates shared that there is no one more encouraging than Maggie, and gave detailed accounts of how she focuses on building up her teammates first and foremost.

I sought to be my team’s biggest cheerleader and on-hand counselor. I walked fellow teammates through panic attacks and encouraged them through injuries. I was along the route uplifting them by name as they powered through the pain. My coach would even occasionally stop me and tell me to turn around and run alongside someone. I embraced my position humbly and eagerly, knowing that I could improve my team on the scoreboard by running my hardest and on the trail by yelling my loudest. I learned that sometimes words have more relief than water, a high five can be more encouraging then a stand full of fans, and knowing someone believes in you can be all the motivation you need to finish strong. I tried to embody that for my team – making them better by reminding them that they were already amazing. 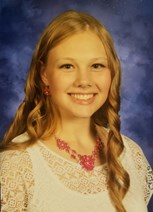 Lexi Freeman, a basketball and track and field athlete at Richland High School, is known to constantly push herself in anything she does in practice or in a game. Not only does she push herself, but she also motivates other teammates to do better for themselves. Every time a person has to run for making a mistake in practice, she will always run with them. As one of her coaches said, "We could always depend on Lexi to lead by example in work ethic, responsibility, unselfishness, and accountability, saying and guiding teammates to do what is right, which is rare in a seventeen year old young woman."

Whether it’s giving them 100s of rebounds to correct their form, to encouraging them to join me for a run, or to investing an hour in clearing up a confusing topic from class, by further developing my teammates’ game on and off the court, they are becoming better athletes and increasing our collective performance.

Additionally, through such actions, I become a better player because now my teammates are open to helping me work on my game. By helping others, I inevitably improve my own game as well. By keeping an open mind, welcoming the feedback of my team with a hearty, “I’ll fix it, thank you,” by investing hours into and leading my teammates by example, no matter what the occasion, and by pushing myself to the max in everything I commit to and being a true “hustler,” I make myself both a better athlete and person. 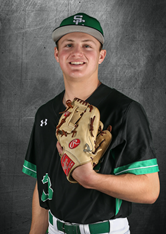 Kole Ramage, a baseball and football player at Southlake Carroll Senior High School, is known to be relentless in his preparation and determination to improve his craft. He takes nothing for granted and approaches the process with great enthusiasm. As his coach says, Kole really embraces Carol Dweck's idea of the "Growth Mindset" in how coachable he is. According to his teammates, "success and work ethic have been invaluable with respect to his leadership skills. He has an incredible demeanor and respect for the game. He competes hard and with great will to succeed and not let his community, school and teammates down."

A tradition for our high school baseball team is to allow elementary school kids the opportunity to stand on the field with us during the national anthem. I am honored to be able to stand next to these younger kids and talk to them briefly as I know they look up to me as a high school player, just as I did when I was younger. I hope to show them

how much I love and respect the game of baseball and how important it is to be respectful of people and of the game itself. 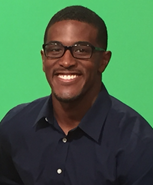 Thomas Wilson plays several sports for Billy C Ryan High School: basketball, football, strength training, table tennis, and track & field. Noel lives by the mantra “Hard work beats talent when talent fails to work hard." Noel is well-known among the faculty and staff at Ryan High School as an “all-star student.” He makes himself better by constantly striving to reach the next level as part of the Student Council, a high-performer on his teams, and excels in the classroom.

One gloomy day the football team had just finished a horrendous squat workout, and by the end of it no one could feel their legs. Then not 30 minutes after, the head track coach informs the team that we are running 400m sprints.

The day couldn’t get any worse from an athlete’s mind. So, we go outside and prepare to run, and my teammate to the left of me decided that he couldn’t run because his legs were already dead.

If the team is running sprints, then everyone should be required to run them. So, I bend over and start encouraging him that we can get through this. That it’s a mindset and that he is capable. The following meet is in Arlington and we’re running the 4×400 and we win with a major contribution by my teammate who the other day wanted to quit.

Teams are families, and family means no one gets left behind or forgotten.

Support Our Ongoing Efforts To Reward Student-Athletes Who Do Things Right.