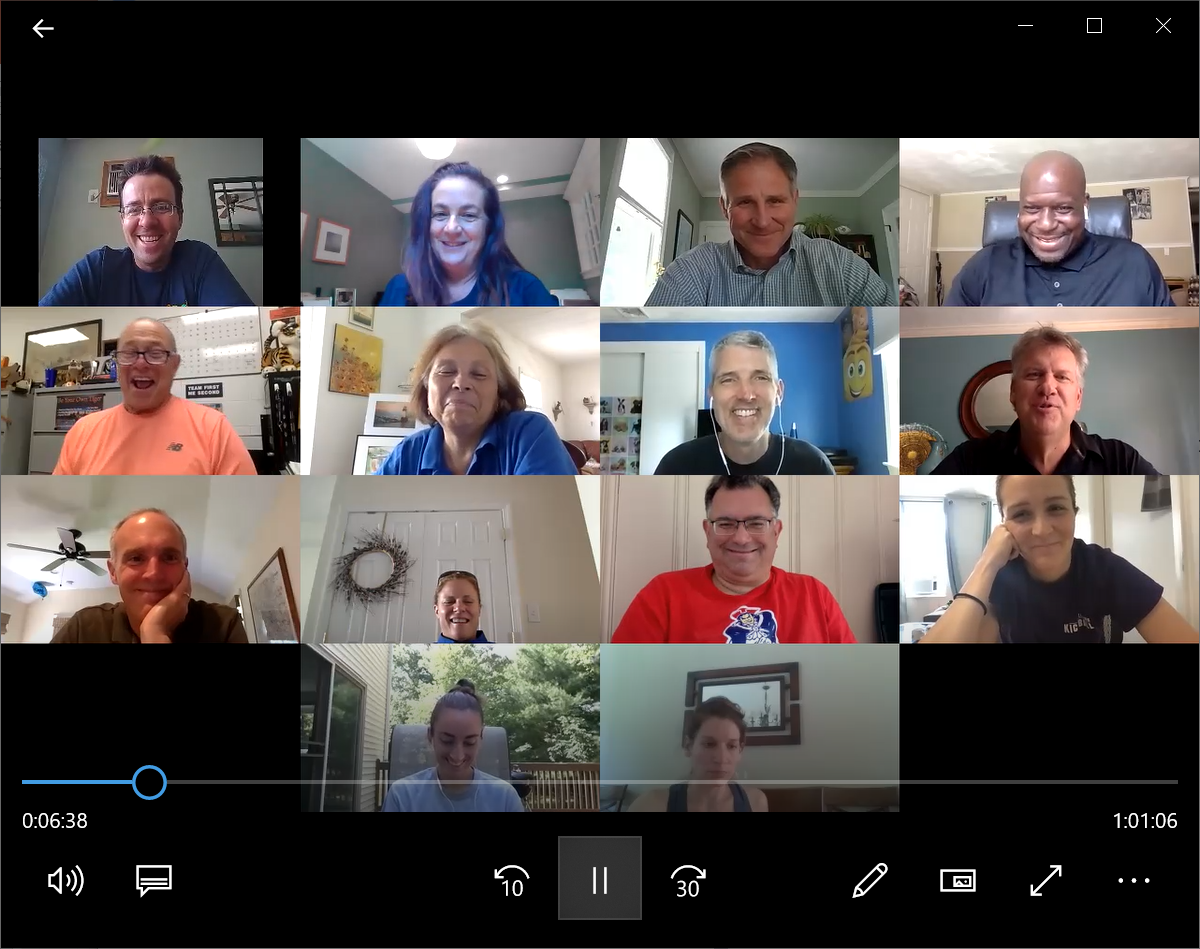 Valuing every player is a core principle at Positive Coaching Alliance. On Wednesday, June 10 at 3 pm, PCA/NE hosted its first SPORT SUPPORT conversation directly connecting that core principle to race.

In a conversation that touched on topics ranging from understanding the lens through which young Black and Brown athletes experience the world, to embracing discomfort, making mistakes, accepting genuine apologies, and being a white ally, Mike Jackson and Erik Johnson led a discussion about sports and race, and how we can do better.

With 44 years of college coaching experience between them, PCA Trainers Mike Jackson and Erik Johnson know how to coach basketball, they also know how to coach people. Mike and Erik have a great deal in common—they are both fathers, they are both former college coaches, and they both help coach the Needham High School Girls Basketball team under Coach Amanda Sheehy. Mike and Erik are also friends. Mike is Black, Erik is White.

Erik talked about how sports done right teaches us to do the right thing, to be positive to get the best of out of players and teammates, and to value every player and their experience. Erik addressed the importance of being a white ally, and ackowledged that he has not had the same experience as the Black and Brown athletes he coaches. Erik explained that “valuing every player” goes much deeper than asking whether a team makes the freshman carry the balls and the water, valuing every player means that a team must ask whether it has connected all of its players, across races, and that everyone has a sense of belonging. Erik shared that like all of us, he has made mistakes and he continues to listen and learn to do better.

Displaying a growth mindset, Erik shared a resource outlining 13 ways coaches and administrators can support student-athletes of color, which he has found helpful and posted to his Twitter. The conversation covered the difference between diversity, being invited to the dance, and inclusion, having music you like played at the dance. When you are invited to the dance and they play music you like at the dance, you feel like you belong.

Mike talked about the lens through which Black and Brown athletes see the world, and he illustrated that by sharing his own powerful personal experiences as a Black man, father, coach, and athletic administrator. Mike counseled athletic directors and coaches to build a culture that values every player, where coaches know their players because they connect with players at every practice. Simply asking “how are you doing?” makes a difference. Coaches who know their players as people know something is wrong when a player who typically comes to practice with a million dollar smile shows up with her head down.

Mike highlighted the importance of making positive 1:1 connections with players early and often. When a coach’s first 1:1 interaction with a player is negative or disciplinary, it makes a player think that coach only pays attention to them when they are in trouble, especially if that player is Black or Brown, given their experience in the broader world and the assumptions so often made about people who are Black or Brown. To create a culture where everyone belongs, early positive 1:1 connections are essential.

The conversation included powerful examples of racist assumptions and painful experiences. To share just one, Mike talked about Drew Brees—his original comments, his apology, his response to President Trump, and his teammates’ acceptance of his genuine apology. Mike went deeper, and shared the experience of his own father, a Black man who served in the Korean War, earned a Purple Heart, and experienced discrimination in the hospital as he healed from taking a bullet for this country. That experience colored the lens through which his father saw the American flag from that time forward.

Valuing every player requires understanding every player as a person. Making the effort to understand the experience of Black and Brown players and teammates will make us all better. We get better when we get out of our comfort zone. Embrace discomfort.

Here at PCA/NE we will continue to have conversations like this one with coaches, parents, and athletes who want to understand, appreciate, and value every player. And, yes we will talk about race. 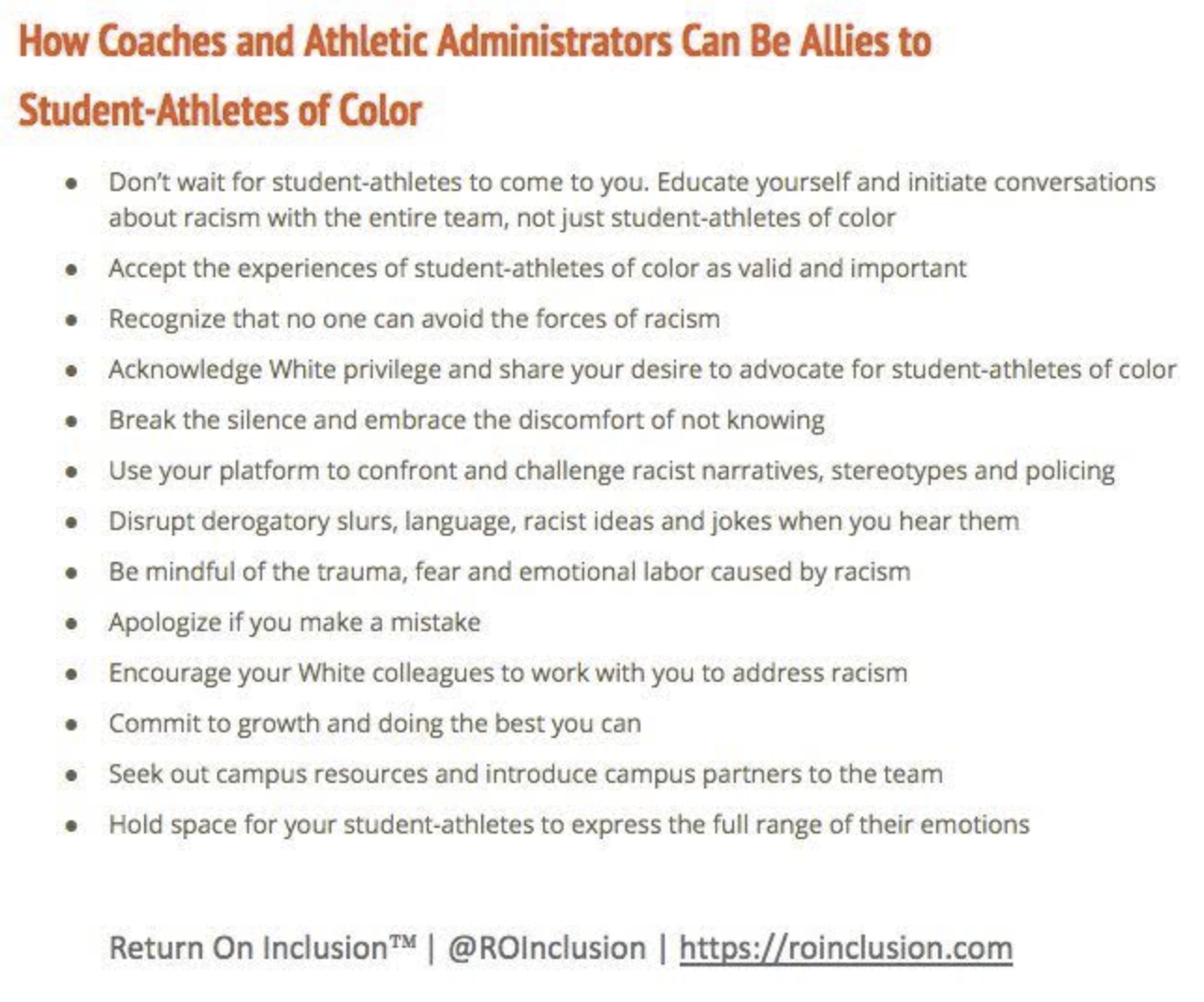 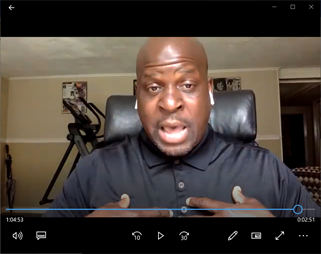 Mike Jackson brings 20 years of Division I college basketball coaching experience to his role as the Assistant Director of Athletics and Club Sport Coordinator at Needham High School, where he and Erik Johnson both assist Girls Basketball Coach Amanda Sheehy. Mike grew up in Detroit, MI and graduated from University of Detroit Jesuit High School. He earned his undergraduate degree from University of Detroit Mercy, and played Varsity Basketball there for 4 years. Mike earned his Master's in Sports Management from Southern New Hampshire University. Mike’s college coaching experience includes his alma mater, Detroit Mercy, University of Toledo, University of Dayton, University of Michigan, Purdue University, and Providence College. In six college jobs, Mike worked with four Black Head Coaches. Mike has joined PCA as a Trainer. 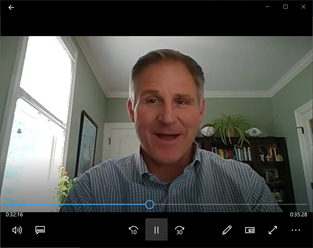 Erik Johnson spent 24 years coaching Division I Women's Basketball, most recently as the Head Coach at Boston College, before joining Positive Coaching Alliance. Erik played college basketball at the University of California at San Diego where he majored in Psychology and minored in Teacher Education. He also has a Master’s in Education from the University of Rhode Island. Erik’s college coaching experience includes stints not only at BC but also at the University of San Diego, and University of Rhode Island. After pivoting out of collegiate athletics, Erik now coaches and recruits in the business world. As a Managing Director at The Bulfinch Group, Erik connects people with their optimal career path and helps them reach their full potential. Erik is also a PCA Trainer.