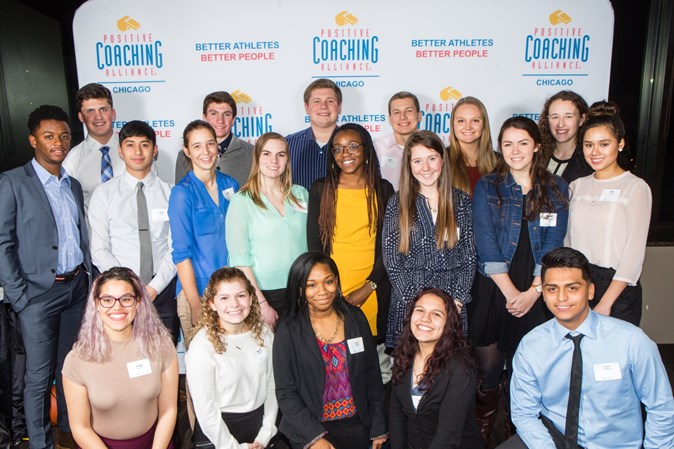 Interviewed on-stage by PCA’s Jason Sacks before nearly 200 attendees at the Chicago Sports Museum, Granderson addressed not only the importance of community (above), but also the critical role parents play in helping their children develop as athletes and people (below).

Most notably, Granderson put his money where his mouth was, making a surprise announcement of a $15,000 gift from his Grandkids Foundation to match PCA’s scholarships. As to those scholarships, the recipients were:

As part of a special scholarship funded by PCA Corporate Partner SureID, Carli received his honor from local legend Rudy Ruettiger, the inspiration for the film "Rudy." 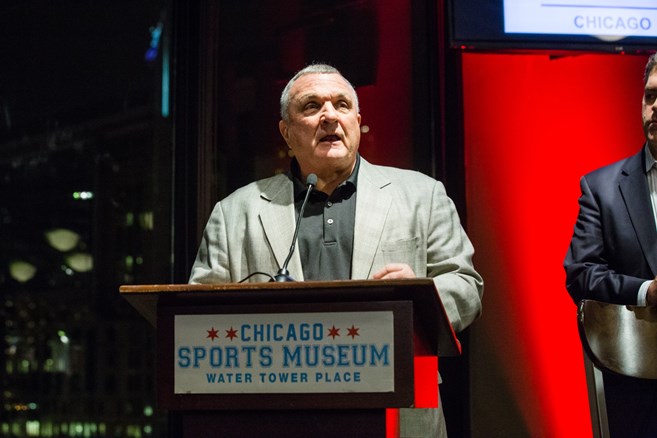 Finalists, who also received a portion of the total scholarship funds available, were:

Additional honorees at the event included Margaret Stender, Owner of Flow Basketball Academy and Chairperson and Minority Owner of the WNBA's Chicago Sky, who received the Triple-Impact Professional Award for professional success stemming from youth sports. In an on-stage interview by PCA-Chicago Executive Director Tai Duncan, Stender reflected on the parallels between sports and business.

Receiving an Honor the Game Award for organizational excellence in youth sports was Vipers Hockey Club, recognized in the video below, produced by PCA’s Keenan Bigg and Joe Terrasi.

Thanks to all who attended and supported the event! Class of 2018 high school student-athletes may now apply for next year’s scholarships in hopes that we will see them at our next event!