Proving Yourself As A Woman In Sports, From PCA Staff Member Casey Miller First, let me just say that I am thankful to have played sports in the generation that I did. We definitely still have a ways to go, but women’s sports has become a long way since the 1960’s. My mom played basketball growing up, but in that day and age it was a different game. Girls played half court basketball with a “Roving Forward”; two stationary forwards and two stationary guards on each half court and only one player who could rove between the halfs. Why? Because they (who is they?!) thought that girls were not strong enough to play and run the full court! Crazy!

To me, sports is a universal language and you can learn so much from being out on the field, court or ice. I grew up in Fairbanks, Alaska and there wasn’t a ton of casual girls pick up basketball games, so I played with the boys. Walking out onto a court full of men and having to prove yourself as a woman built confidence and also in some ways, fearlessness. I think this experience has paid off now working the male-dominated sports industry. Walking into a conference room as the only woman...presenting to a group of men...no problem!

No matter what gender, race, age, body type, or sexual orientation people are, when you are in the game of life, you treat people as human. I think playing sports contributed to this outlook on life and helped develop the skills to work with all different types of personalities, because every team is different! 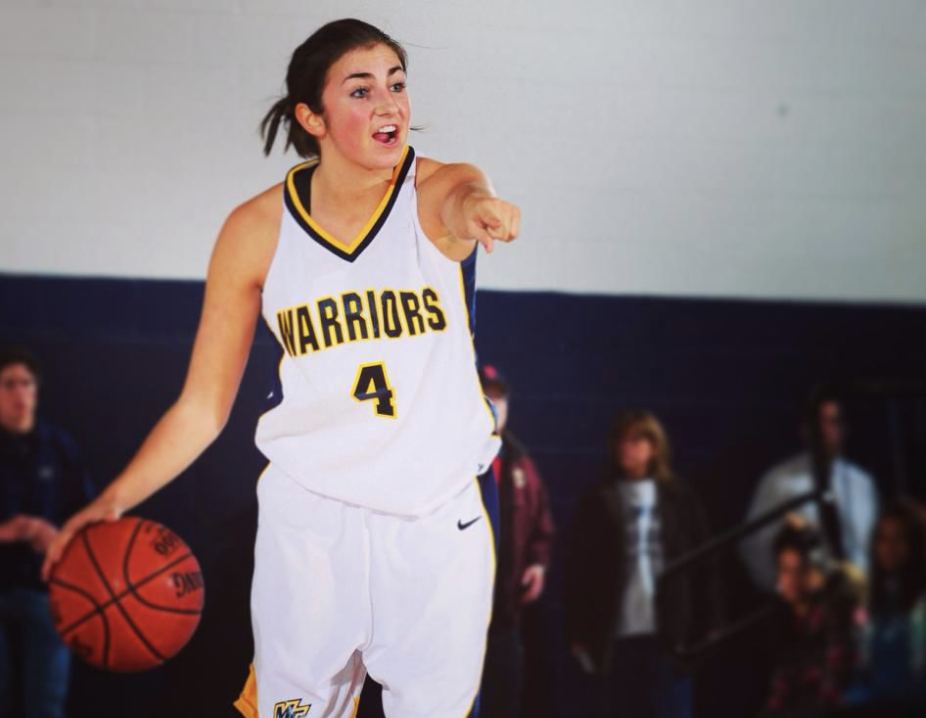 One of my favorite memories from sports is setting the Alaska State Record for the 4x800m relay my sophomore year of high school. In Track & Field, the 800m is really just a long sprint for two laps which was not the most fun to train for! My teammates really got me through the long training season in preparation for the State Meet. Such a painful race, but being etched in the record books forever was worth it! The time I spent playing professional basketball overseas in Oviedo, Spain are memories for a lifetime. Casey began her career at PCA in November 2013 starting in the San Francisco Bay Area Chapter as a Partner Support Manager. Casey moved to PCA's headquarters in 2014 where she currently serves as Director of External Relations overseeing all of PCA's national marketing, including social media, PCA's National Leadership Council, National Advisory Board, awards programs and volunteers. Casey also works on Chapter Expansion efforts supporting the chapter development of PCA-South Florida and PCA-Atlanta.