Life Lessons from the World Series

This blog should have posted November 3. Then again, the Cubs should not have waited 108 years to win a World Series. We Cubs fans are practiced in patience, and hopefully you’ll be patient with us – pardon the delay in this post – as we awaken from a century of slumber to dreams come true of a National League pennant (itself miraculous), rooting our team to a dramatic World Series win and marching in a victory parade. 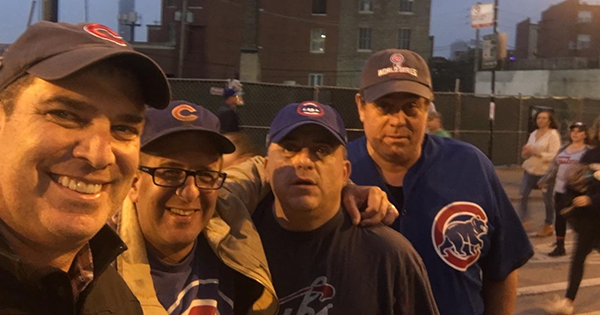 The more momentous the occasion, the longer delayed the gratification, the longer it takes to settle into perspective. That’s just one of the life lessons coming out of the Cubs’ World Series win. If youth sports coaches, parents, athletes and administrators exercise the patience of Cubs fans, together we are more likely to develop Better Athletes, Better People.

Viewed through a lens of what youth sports participants can take away from the Cubs’ World Series win, here are more observations:

Culture eats strategy for breakfast is a mantra at PCA, driving the way we build and maintain our organizational culture and the way we help school and youth sports organization leaders do the same. Culture is key for the Cubs – from the Ricketts family ownership team upgrading facilities for the players, to the patience (there’s that word again) with Theo Epstein’s five-year plan to the hiring of Joe Maddon, who creates the Cubs’ clubhouse culture.

“Pressure is a privilege” – a phrase coined by Billie Jean King – morphed into Maddon’s “Embrace the target.” In the wake of the Cubs’ surprise 2015 playoff success, Maddon’s take on King’s quote echoed from day one of spring training, emphasizing to players that they were in position to achieve greatness and should not shy from the challenge but run toward it.

Keeping it fun is another key. Maddon did. Right down to scheduling travel and workouts after Game 5 in a way that let players go trick-or-treating with their kids and encouraging the players themselves to wear costumes for the flight to Cleveland for Game 6.

You never know who will come through. So keep the Miguel Montero on your team engaged and ready to contribute (maybe with a grand slam). And find a role on your team for a Grandpa Rossy, who may not show up in the box score every day, but who helps your Anthony Rizzo mature into a team leader, who then sheds tears of gratitude for his mentor in front of five million fans.

Anyone can lead. Even a Jason Heyward, batting .150 in the World Series, may have the right stuff to step up – say, during a rain delay – and make a speech that galvanizes your team.

Sports are joyous. Don’t you hope every youth athlete during every play every day in youth sports wears the same goofy grin as Kris Bryant as he fired falling down over to first base for the final out?

David Jacobson was the Positive Coaching Alliance Senior Marketing Communications and Content Manager for over 12 years. He is a lifelong sports fan and participant, and even now enjoys playing pick-up basketball. David coached and officiated primarily baseball, softball and basketball, whether his two (now grown) children were on the teams or not.