Ford is one of 25 national winners of the Double-Goal Coach Award, named for coaches who strive to win while also pursuing the more important goal of teaching life lessons through sports. The award includes a $1,000 prize and recognition within the website, newsletters and media campaigns of Positive Coaching Alliance (PCA), a national non-profit developing Better Athletes, Better People through character-building workshops for parents, coaches, athletes and administrators in youth and high school sports. 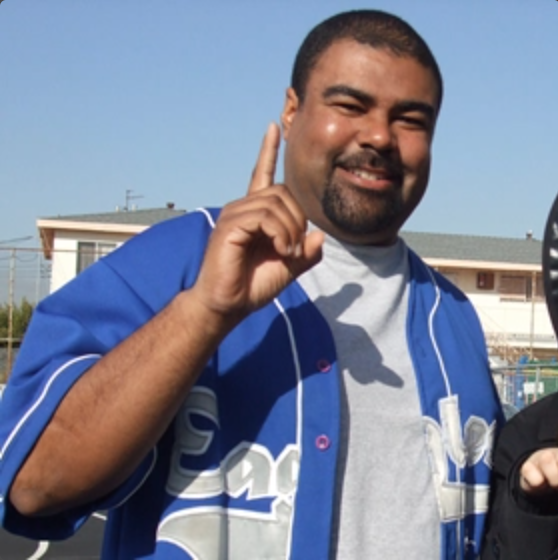 “Coach Ford helps athletes win in and out of sports. By creating a positive, character-building youth sports experience and serving as a Double-Goal Coach, James helps youth develop into better athletes and better people.” LA’s BEST After School Enrichment Programs offer kids with limited resources and the greatest need, opportunities for success.  “Our holistic programming engages our 25,000 students creatively, emotionally, intellectually and physically, empowering them to explore and discover the opportunities in their lives - helping to nurture children’s character on and off the field,” shared Eric Gurna, CEO. These opportunities include exposure to and participation in many different sports. Like so many of the programs offered at LA’s BEST, sports help strengthen students’ self-esteem and self-efficacy and allow an opportunity for learning life lessons all while having fun. Ford mainly coaches the girls’ youth sports teams.

Of the many characteristics highlighted about Coach Ford, one student after the next shared how he makes sports fun for his players.  PCA believes that if kids are having fun, they are more likely to stay involved with sports which offer so many benefits including character development and life lessons.  One student who provided a reference for his nomination said, “I remember having a lot of fun, and I wouldn’t realize why I had so much fun until much later in my life. I realized that the reason it felt so liberating to practice with Mr.Ford was that he never once compared us to boys, nor mentioned our gender at all. He made us believe that gender was irrelevant in sports, and that all that mattered was that we were determined, respectful, and supportive.”

When PCA talks about Double-Goal Coaching, they identify coaches who fills a player’s emotional tanks, allow mistakes as part of the learning process, and honor the game.  Coach Ford was described as just that. One parent shared, “My children have been involved in sports since they were 4 years old and they have had many coaches throughout their youth. Coach Ford by far has been one of the greatest coaches I’ve encountered. He is one of those coaches that goes above and beyond for his student-athletes by volunteering countless hours for practice sessions, encouraging them not to give up when they are struggling, making them work hard and feel confident. He is very patient and positive, which I admire the most”.

While only required to spend 5 hours a week coaching for LA’s BEST, many parents pointed out that Ford makes himself available during recess at the local school, after school and after normal practice times. He goes above and beyond to connect with his players and occupy their time with physical activity, life lessons and positivity all the while building both sports skills and confidence.

“We are proud to honor Coach Ford as our PCA-LA Chapter Coach of the Year Award Winner. James is one of over 200 Coaches with LA’s BEST After School Program where he coaches multiple sports for underserved kids in elementary schools. LA’s BEST coaches all go through PCA coach training which is made possible by the LA84 Foundation and the Lakers Youth Foundation. Coach Ford exemplifies what it means to be a Double-Goal Coach, striving to win but emphasizing the life lessons sports can teach.”