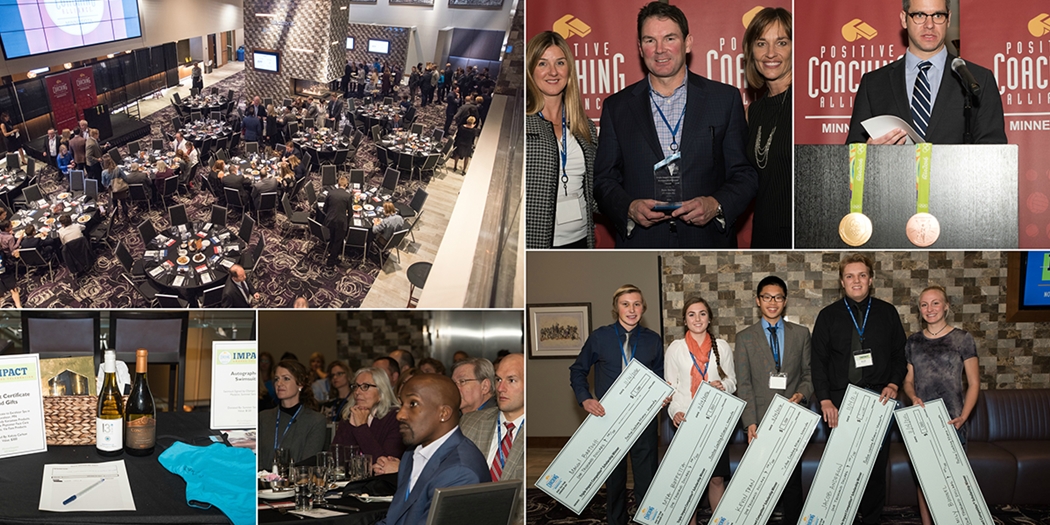 Additionally, Russ Becker, President & CEO of APi Group, Inc. received the Triple-Impact Business Professional of the Year Award. Becker shared how his participation and support of youth sports has helped improve himself, his company and his profession as a whole. He recalled lessons learned as a hockey player and coach about the power of always finding the positives in any situation that can help people become better individuals.

The final highlight of the evening was Keynote Speaker David Plummer. A representative of the USA swim team and a bronze and gold medalist, Plummer shared stories of grit, resilience, and determination.

He began with, “I am an athlete,” and explained how that statement has identified him for 25 years as a result of sports permeating every facet of his life – from swimming as a kid to training as an adult; from making friends through the sport to marrying a fellow swimmer to serving now as a swim coach and father to young children. He talked about the influence of coaches, and the important role they play in their athlete’s lives.

“As a swim coach, I’ve taken kids out of the water who were struggling and told them I believed in them. Once they started to believe in me, their performance improved. Kids are all different – some are tougher than others, some take longer than others, but they all deserve someone in their life who cares about them.”

A big thank you to everyone who donated and are especially grateful to our Gold Sponsor APi Group, Inc. and our Silver Sponsor Minnesota Vikings, for making the event possible!