Many Thanks to Bruce Langer Who Ends Term on Executive Board 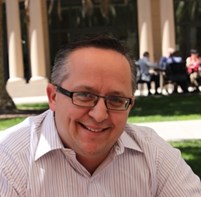 In October of 2012, Bruce Langer received a phone call from a former associate and friend. “I want you to meet this guy Jim Thompson,” his friend said, and went on to explain the desire to start a Positive Coaching Alliance Chapter in Minnesota. Simply put, they needed capital. Langer, a new business owner, only one month in after starting his investment company EPIQ Partners, offered to do something else – host a breakfast with people he thought might be interested. Jim Thompson came to town, shared the PCA message, and it resonated. Langer’s contacts started talking to their contacts, and the idea gained traction. A second meeting was held, and the $300,000 needed to establish a new chapter was raised. Langer was thrilled at the outcome, and he wished the new chapter good luck.

Not long after, another phone call came. “We need to build a board,” the voice on the other end said. Langer provided a few names. The response, “Well, what about you?” Langer deliberated. He already felt like he had limited bandwidth for his wife Amy, his three boys Max, Logan, and Hank, and his new business. But Langer has a hard time saying no and with his own kids involved in sports, he had seen some of the ugliness in youth athletics. If he could give some kids a better experience, it would be worth it. After nearly five years, it has definitely been worth it – for both Langer and PCA-MN.

Langer’s entrepreneurial savvy and understanding of non-profit philanthropic organizations (he’s very involved and proud of his work with the Evans Scholars Foundation’s Western Golf Association), plus his philosophy that “good things happen if you do good things with good people” has made him instrumental in establishing the strength and flow of the PCA-MN chapter. “We became a pretty successful chapter out of the box – one that others look to for example,” says Langer. “A lot of that has to do with how we do philanthropy in this town.” He believes a staff-run organization with term limits for board members, as well as a multi-layered and broad network of relationships, supporters, and partnerships is key.

While PCA-MN is grateful for all of Langer’s hard work, he’s grateful for learning a few things along the way too. As in, “There’s definitely a time to keep your mouth shut. Like in that car ride home with your kids after the game,” shares Langer. “That simple reinforcement of ‘I love to watch you play,’ and then moving on to something else is so powerful in letting them know their identity is not tied to a win or loss. Actually, everybody needs positive coaching – parents, clients, marriages, employees – that’s what kids want. That’s what we all want.”

Langer’s hope for the future of PCA-MN is continued growth and awareness. “Our religion now is sports. Families go to tournaments on Sunday mornings; it affects so many people, so it’s a good cause to champion.” He’d love to see more third-party workshops and start getting into schools with fewer resources. “Not all schools have budgets like Wayzata. I’d like to see inner city kids benefit from PCA.”

What’s next for Langer? He’ll be keeping plenty busy with other philanthropic endeavors, including his continued work with the Evans Scholars (Langer is an Evans Scholars alumnus), as well as becoming more involved with Literacy Matters, an organization providing literacy training and resources for schools and children with dyslexia. The PCA Advisory Board may also be in his future. But what he’s really looking forward to is watching his sons play football and soccer this fall. “I won’t just fall of the map,” laughs Langer. “The organization is in good hands with Erika, but I won’t stop trying to make youth athletics better for our kids and families.”

Additional Executive Board Members are also rolling off after serving the Minnesota Chapter since the inception.  A BIG THANK YOU to:

Welcome to the following new Executive Board Members: