For the past 12 years, a friendly competition between two preparatory high schools in Tampa has grown into an all-out rivalry. With two highly competitive athletic programs spending a whole day competing in multiple sports, it is easy to see how both students and faculty have become heavily invested in the outcome. What may be less obvious, however, are the lessons learned in this intense competitive atmosphere. This year’s competition was a continuation of those lessons. This annual event, known as Headmasters’ Challenge, began in 2004 when the headmasters of Berkeley Preparatory and Tampa Preparatory schools sought to find a way to re-create a rivalry from each headmaster’s former school. 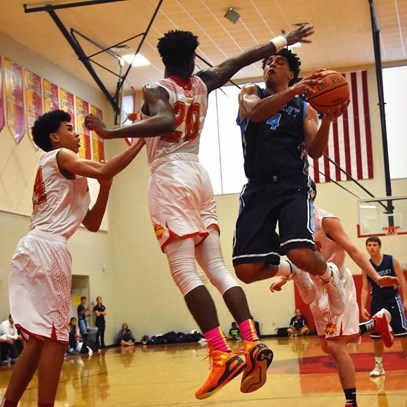 Gordon Macleod (fmr. Tampa Prep headmaster) and Joseph Merluzzi (fmr. Berkeley Prep headmaster) came together to emulate the Deerfield Academy-Choate Rosemary Hall rivalry, where each had taught for the opposing school. That tradition dated back to 1922 and gave each school an opportunity to host the event and display their school spirit. The purpose was to build healthy competition between the two athletic programs while providing a fun atmosphere for students, parents, and faculty. While the competition is fierce, both schools make an effort to bring out the best in their student-athletes. Following the Deerfield-Choate model, the Headmasters’ Challenge alternates between Berkeley and Tampa Prep each year. The winner takes home the Headmasters’ Cup and retains it for a full year. 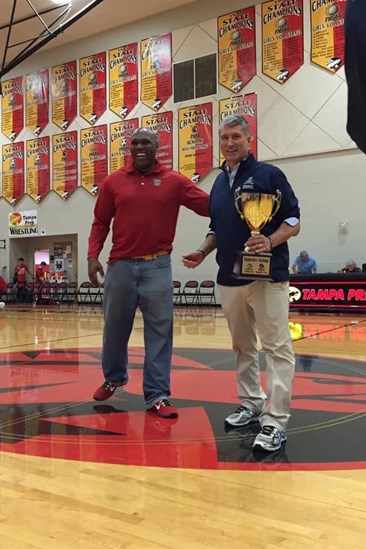 Athletic Director of Tampa Prep Michael Flynn said of the competition, “Is it hotly contested? Yes. Does each school want to have their Headmaster holding the trophy at the end of the day? Absolutely! Once the day is done and the contests have been fought, both schools can look each other in the eye with respect and say, ‘Thank you for the opportunity to compete, and we will see you next January.’ ”

Each varsity victory is worth two points with junior varsity and middle school games each awarding one point to the winner. This year, Berkeley took home the cup with a strong 19-1 score. The last event of the day proved to be the most exciting. The varsity boys’ basketball teams traded runs throughout the game. The contest came down to the last 10 seconds with Berkeley locking up victory with free-throws to finish the game. Berkeley’s Headmasters’ Challenge record is now 8-4-1.

Bobby Reinhart, Athletic Director and varsity boys’ basketball coach for Berkeley oversaw the exciting conclusions to the competition. “Obviously, it’s always a hotly contested rivalry. Headmasters’ Challenge really heightens the crowd’s emotions so it’s a great stage for the players from both schools.”

Both schools understand the value of having a strong rivalry that generates support for not only the varsity squads, but also for the rising student-athletes from the junior varsity and middle school levels.

“PCA's primary focus of creating Better Athletes and Better People aligns with both schools' visions,” Flynn added. “Whether it is Berkeley Prep and their vision of ‘Berkeley puts people in the world who make a positive difference’ or Tampa Prep's ‘Higher Purpose than Self," all three organizations’ visions for what is best for kids are in concert.”

This speaks to the common thread connecting all parties, which is the desire to teach meaningful life-lessons through youth sports.

“We teach that there are a lot of life lessons to be learned through athletics -- toughness, perseverance, overcoming adversity, respecting opponents,” said Reinhart. “Headmasters' Challenge is a way for both schools to teach those lessons on and off the court and/or field. It has become a great event -- not only for the two schools involved but for the entire Tampa community."

This year’s Headmasters’ Challenge was as intense as ever in the quest for the cup. With the “fierce-yet-friendly” mindset bringing out the best of these two schools’ athletic programs, the setting was a perfect place to teach how sports can bring out the best in student-athletes.