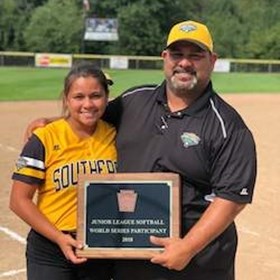 Roman is one of 50 national recipients of the Double-Goal Coach® Award, named for coaches who strive to win while also pursuing the important goal of teaching life lessons through sports. The award includes a $200 prize, a certificate, and mention within the websites and newsletters of Positive Coaching Alliance (PCA), a national non-profit developing BETTER ATHLETES, BETTER PEOPLE through youth and high school sports. 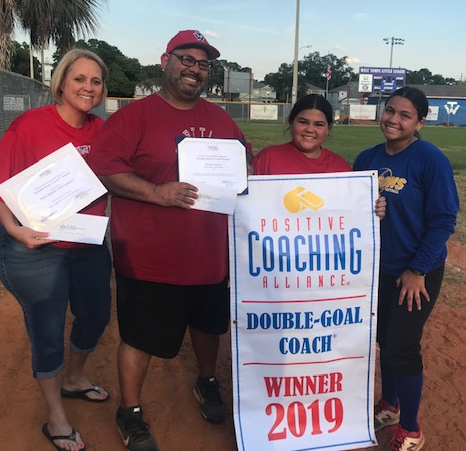 “Tony believes in helping kids enjoy themselves,” said Al Bazley, President of West Tampa Little League. “He helps them enjoy the process not just in the present, but for a lifetime.”

Fellow coach, Dena Royea-Jones, said that Roman honors the game by valuing the many perspectives of individuals connected to West Tampa Little League. “Tony has been in the stands as a parent, on the field as an umpire and coach, and is the current vice-president of the park, said Royea-Jones. “Being on multiple sides of the game, gives you much more insight than the average person. The way Tony connects with his volunteers, parents, coaches, district partners and sponsors is unmatched.” Roman first became involved with West Tampa Little League as a volunteer when his daughters began playing softball. “Fourteen years later, it’s such a big part of my life, and I love every minute,” said Roman.

Last summer, Roman coached the Junior Girls Softball Team to the Little League World Series. The team lost the Word Series in the final game, but Royea-Jones stated, “When the team lost the game, Tony’s first words to the team were ‘I’m so proud of you.’ His second words were ‘Thank you.’ He never included himself, he only talked about the appreciation of others to get to the Series. There’s no greater way to positively impact a team than to tell them how important they are, how hard they worked, and how far they have come.” Roman is thankful for the experiences and opportunities the game of softball has given him. “Coaching has allowed me to meet so many wonderful parents and kids. I like to think if I have positively affected or influenced just one, then it is all worth it.”

“We are excited to honor Antonio Roman, and we are proud of what he is doing in our community,” said Mason Cathey, Executive Director of PCA-Tampa Bay, the local Chapter of Positive Coaching Alliance. “Please help us in congratulating him as a local Chapter and National winner.”

Roman will be honored in April at the National Youth Sports & Benefit at Santa Clara University, California.

PCA resources, which have reached more than 9 million youth, strive to transform high school and youth sports into a Development Zone® culture, where the goal is to develop Better Athletes, Better People and the following become the prevailing models in youth and high school sports: