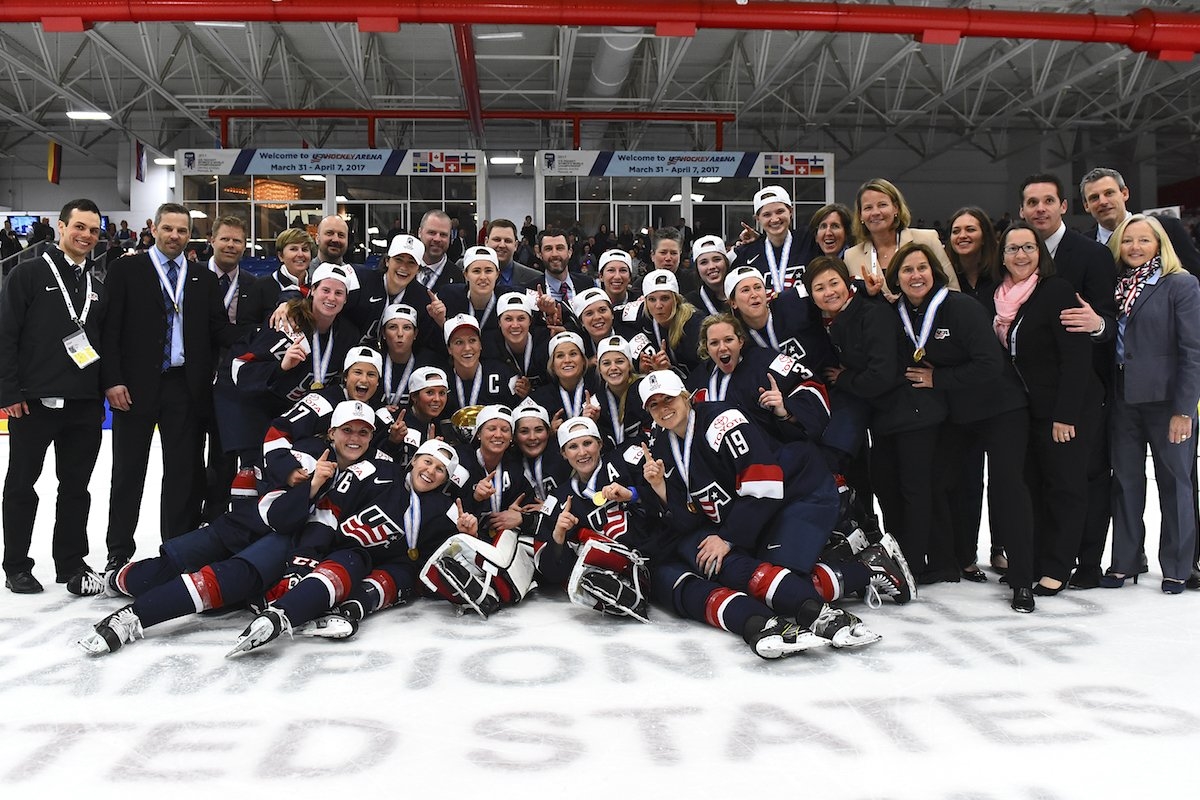 With the 2018 Winter Olympic Games less than a week away, it’s easy to forget about the years of preparation and the thousands of hours of practice that go into performing well on the World’s biggest stage. As the great painter Michelangelo cautioned, “If people knew how hard I worked to get my mastery, it wouldn’t seem so wonderful at all.” He’s essentially reminded us all that Olympians aren’t born Olympians, but rather are developed through passion, perseverance, practice, and purposeful preparation.

I have been fortunate to serve on the coaching staff for six Olympic Games in three different team sports (soccer, field hockey and most recently ice hockey) along with countless individual athletes from swimming to rowing to track and field. I have experienced the elation of gold medal performances and the heartbreak of losses in critical moments. Now, in PyeongChang, our Olympic Ice Hockey team joins a USA contingent of almost 250 athletes looking forward to the opportunity to represent their sport and their country in front of millions of fans from around the world.

What I can tell you is that the same principles and techniques that we cultivate to achieve excellence in the Olympic Games can be mastered and adopted by athletes and teams at any level and in any sport.

Let me share five of those Mindset Principles now:

1. You don’t have to finish first to be a winner:  We challenge our athletes to carry themselves as Champions regardless of the score or outcome both in practice and in competition. Athletes can exhibit integrity and positive character in all aspects of sport and in life. They don’t depend on winning to maintain confidence, a passion for playing and practicing, joy in being with their teammates and a commitment to becoming a better version of themselves as athletes, as teammates and as people.

2. Control the controllables:  Each sport is comprised of four pillars: the technical components (the skills unique to that sport), the tactical components (team strategy, offense and defensive sets, etc.), the physiological components (strength, endurance, speed, flexibility, anaerobic power to name a few), and the psychological components (mental toughness, imagery, focus, confidence, action plans, etc.). Just like Olympians, athletes at every level should be actively practicing and targeting improvements in each of the four pillars on a daily basis. However, not all aspects of sport are completely under an athlete’s control. Athletes can’t control their opponents, the officials, the weather or the score (and countless other competitive variables), but they can control many factors. Focusing on and targeting the variables under their control can help athletes improve, enjoy the process, maximize their potential and play like champions. So, when we ask athletes to “Control the Controllables,” we emphasize things like attitude, work rate, effort, their response to errors, bench behavior, good sporting behavior, being a good teammate, positive body language and productive actions to name a few.

3. Understand the power of “new math” which we represent with the equation 1 + 1 =3:  We remind our team that the whole is greater than the sum of its parts. We are stronger together. We challenge our athletes to “make a teammate look good”, to “play for something bigger than themselves”, to adopt a “team first” attitude and celebrate and recognize a range of important team behaviors much broader than simply talent on the ice.

4. Play in the Now!:  There are only three points in time; the past, the future and NOW. Only one of those time frames is under your control, and that is “playing in the now." It’s so easy to get caught up in the future: if we score, or don’t, if I make the team or don’t, if we win a gold medal or don’t and on and on and on. Equally likely is the temptation to dwell on the past: thinking about a mistake you made, the “bad” call from the official or the time the coach corrected you in public. However, only when you focus on the now, the present, this moment, this play, this puck, this defensive stop, only then are you really in control as an athlete.

5. Adopt a beginner’s mindset:  We challenge our athletes to expect to learn something new each and every day. When you expect to learn, you do! Have a spirit of openness and cultivate a growth mindset. Be coachable. Take responsibility to share knowledge and experience and insight as often as you ask for help, guidance and correction. Appreciate small improvements in any of the four pillars, and understand that big things come from the smallest changes.

When you watch Olympians the next few weeks, take the opportunity to look for examples of these five Mindset Principles. You will see countless moments of excellence in which athletes and teams displayed these techniques regardless of the sport or outcome. More often than not, you will see that being an inner winner is a common feature for every Olympic athlete and team.

See More Tips, Tools, and Resources from Dr. Hacker and others at PCADevZone.org

Join Dr. Colleen Hacker and other PCA National Advisory Board Members as we honor Steve Young at our National Youth Sports Awards & Benefit Dr. Colleen Hacker, an internationally recognized Speaker and Consultant in Performance Psychology, has served as a member of the United States coaching staff for six Olympic Games as a Mental Skills Coach and Performance Psychology Specialist. Dr. Hacker began her National Team service in 1995 working with the U.S. Women’s National Soccer Team, and continues her work across sports now, including the USA Women's Hockey team. During her tenure, the National Team won the first Gold Medal awarded in women’s soccer at the 1996 Olympic Games.