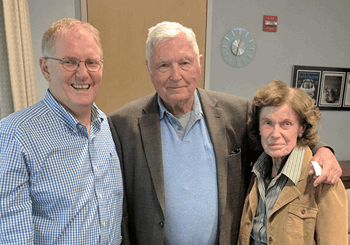 Pitch Johnson started out working on the furnaces in a steel mill in East Chicago, Indiana. He became a Silicon Valley icon, as the co-founder of one of the very first venture capital firms (Draper & Johnson), as an investor in many major Silicon Valley companies and as a teacher of entrepreneurship at the Stanford Graduate School of Business.

At the age of 89, Pitch is active in Asset Management Company, the firm he started in 1965. Pitch and his wife Catherine have been long-time supporters of Positive Coaching Alliance. In this recent interview, PCA CEO Jim Thompson explores Pitch’s thoughts about a range of things including sports and business.

Jim Thompson: You ran on the track team in high school and college. What lessons did sports teach you that helped you in business?

Pitch Johnson: My dad was an Olympic hurdler and Stanford track coach and a good sport, which has always been important to me. I was a good runner, not a champion but nationally ranked at one point. But I was also the worst high school football player in history!

I learned many lessons from sports; perhaps the biggest lesson was to hang in there! Take a loss and then practice as hard as possible. Make a huge effort and if it doesn’t work, do it again in a better way!

Also how to get along with people. There is a lot more team feeling in track and field that most people realize, especially when you have dual meets.

Good sportsmanship—Bob Mathias, the great Stanford decathlete, was only 17 when he was in his first Olympics (he was competing in only his second decathlon in the Olympic trials, which he won!). The decathlon was so grueling, after the 1500 meters (the last event), the competitors had shared such a level of exhaustion and competition that they took a lap together. Herb McKenley, the great Jamaican sprinter, always shook hands after a race (not before!). I’d like to see more of that.

Jim Thompson:  Track is responsible for some great things in your life, including, I understand, meeting your wife, Cathie.

Pitch Johnson:  Yes, a track teammate gave me Cathie’s name in the fall of 1950.  I called her and asked if I could come and call on her.  I didn’t want to ask her out until I had a look!  She impressed me in many ways.  On our first date, I pointed out to the waiter that I was being overcharged.  She liked that.  Me, too!

Cathie’s father, Eugene Holman (the CEO of a major oil company), was one of the most influential people in my life.  He had confidence in me.

Jim Thompson: I knew you started out working in a steel mill but I didn’t realize you worked there for eight years.  That’s a long time.  What did you take away from that experience?

Pitch Johnson:  In the steel mill there is intense heat from the furnace and you have to endure the heat.  You are working under conditions of time pressures and some danger.  Often you have to make decisions based on inadequate information, but you don’t ever make a halfway effort.

Jim Thompson:  You’ve been a friend and business associate with Bill Draper for a long time.

Pitch Johnson: I met Bill in the steel mill days. He was a salesman for Inland Steel, the company we both worked for. His father was William H. Draper, Jr., who was head of the military government in Germany under General Dwight Eisenhower and Lucius Clay. He played a major role in developing the Marshall Plan, which rebuilt West Germany as peaceful industrial country.

We formed Draper & Johnson, and invested in a number of companies; in some, we had to be active because they didn’t do so well.  Bill and I argued often but we had faith in each other and got along.

Jim Thompson: You’ve made a name for yourself as an investor.  What are some of the lessons you learned from being an investor?

Pitch Johnson: I took a course in molecular biology in 1964. Bill Bowes (founder of US Venture Partners) invited me into the Amgen deal in 1980.  It involved making human hormones in non-human organisms.  I thought right away, that this was going to be big deal, and that additional training made a difference.

I also invested in companies that failed. In those cases I missed that the founders didn’t really get along well with people, which you have to do to succeed in business.   Great entrepreneurs have integrity and behave decently to people.  They also have a zeal, but sometimes the founder can be too optimistic and run out of money!

But optimism is important.  You’ve got to believe you’ll be successful or you won’t do all the work needed to be successful.

Jim Thompson: I know you were an early investor in Tandem.

Pitch Johnson: Tom Perkins (founder of VC firm Kleiner Perkins Caufield & Byers) wanted to have a “name” investor in Tandem so he called me.  Tandem had a management style that was like HP (Hewlett Packard): un-hierarchical.  The executives didn’t eat lunch with each other—they often ate with the employees. They had a “beer bust” at 5 pm every Friday.

Jim Thompson: What similarities do you see between entrepreneurship and good coaching?

Pitch Johnson:  In entrepreneurship, you have to understand that failure is not unthinkable here.  You can try again.

George Rathmann, the CEO of AmGen, was a great leader.   He was a fine scientist who was a recognizer of talent.  He had the ability to bring people together with a nice combination of letting people do what they wanted and getting them to do what they needed to do.  He wasn’t on people all the time.  He set a standard of conduct for AmGen.  Everything is about benefits to patients.  We could be profitable and not do harmful things.

This is like a great coach.  Set strong goals and inspire people to work hard.   Leave them alone to do the job the way they want to do.  Get them to believe in themselves.

Jim Thompson: You were in the military.

Pitch Johnson:  Yes, I don’t think of myself as a military guy, but those two years made a difference in my life.  The U.S. Air Force offered commissions to 50 Harvard Business School students in 1952, during the Korean War.  I took one of these commisions and suddenly I was part of something much bigger than myself and I was moved by it.

I had met Cathie and I wanted to get married.  I went to General Hefley, at my base in Sacramento, who asked one of his staff to arrange for me to go off active duty while away from the base on my honeymoon.  I think of the military as being a lot of rules, but General Hefley just asked his assistant, “Do we have any rules that require a man to drive 3,000 miles on his honeymoon?!”  He and I were just a couple of men helping each other out.  I have a great fondness for the Air Force and the military. 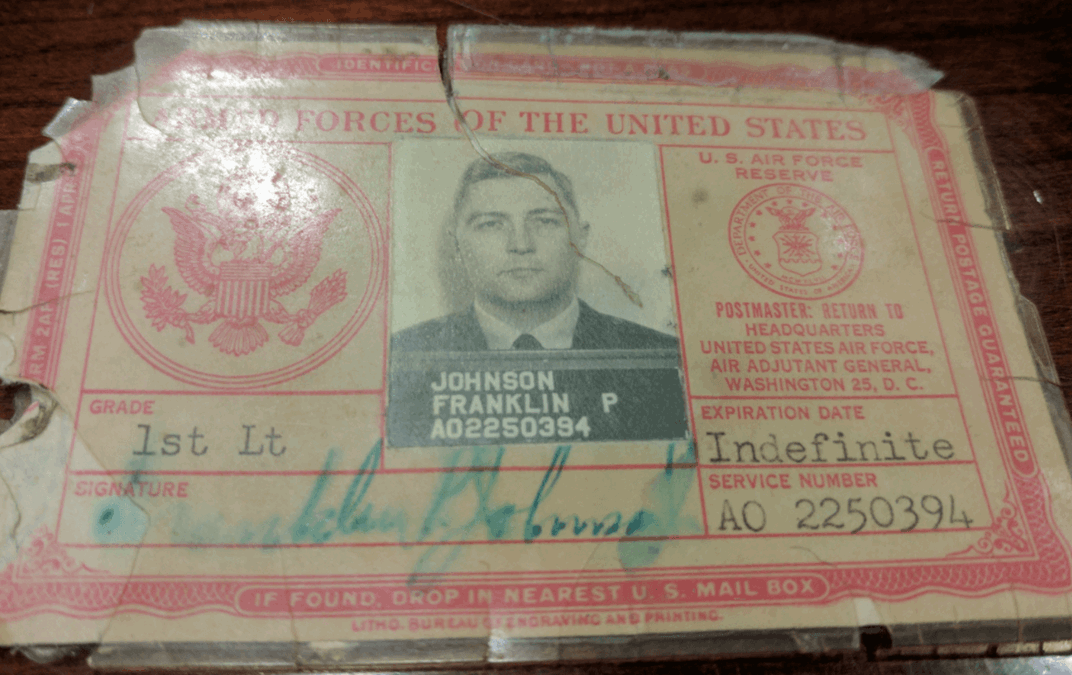 Jim Thompson: I know you have a strong interest in women’s and girls’ sports.

Pitch Johnson:  I think Title IX was so valuable.  It allowed whole generations of girls to get experience with trying, failing, trying again.  I think Title IX is tied to the emergence of women in leadership in business because it took away barriers from girls getting experience that prepares them to be business leaders.

Jim Thompson: I am grateful to you and Cathie.  You have supported PCA for many years.  Your first grant to us was to help us get corporate support and we now have 15 different companies supporting PCA.  That came about because of your support.  Thank you.

Pitch Johnson:  I didn’t realize there was such a problem in youth sports until I started going to youth sports games and saw the shouting and cursing - a lot of bad parent behavior.  It made me realize something has got to be done.  I believe in sports and wanted to help you and PCA make it better.

Jim Thompson: You have!  Thank you.