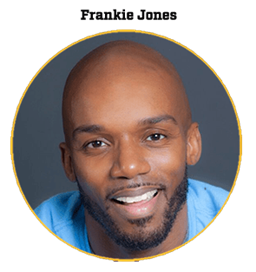 Jones is one of 50 national recipients of the Double-Goal Coach award, named for coaches who strive to win while also pursuing the more important goal of teaching life lessons through sports. The award includes a $200 prize, a certificate, and mention within the websites and newsletters of Positive Coaching Alliance (PCA), a national non-profit developing Better Athletes, Better People through youth and high school sports.

Jones has been named one of four winners for an all-expenses-paid trip to Palo Alto, CA to participate in a panel discussion on-stage April 22 at PCA’s 16th Annual National Youth Sports Awards Dinner and Benefit Sponsored by Deloitte.

“Frankie helps his players win on and off the court,” said Jeff Dale, director of field operations for Positive Coaching Alliance and interim executive director of the organization’s local Chapter, PCA-Colorado. “By creating a positive, character-building youth sports experience and serving as a Double-Goal Coach, Frankie helps youth develop into better athletes and better people.”

Jones founded his organization in his Northeast Denver neighborhood, and it now serves roughly 60 boys and girls from sixth grade into high school, hailing from the city and suburbs as far as a 90-minute drive. Teams comprising players of a wide variety of socio-economic backgrounds play travel ball together in AAU tournaments and several sneaker-company-sponsored circuits.

“The main life skills we teach,” Jones said, “are respect for authority, working with others, facing adversity and being coachable…being able to give and receive feedback. When my brother and I sat down to figure out how to move forward with this, we decided to build basketball skills off of those ground-level traits.

“Once you know how to respect authority you can become coachable. Once you know how to work with others you can be a good teammate. Once we have that foundation, we can establish an atmosphere. That’s how we build the chemistry in how we operate. Now, we get parents coming back to us, saying their kids are doing better in school or that they don’t have to tell them three or four times to clean their room.

Jones said the club infuses life skills into all of the players’ activities. “It’s a normal flow for us. If we’re running a play in practice, and I see three or four kids not where they’re supposed to be, it means they weren’t paying attention, so we stop and talk. We translate that to what happens when they’re not paying attention to their parents and how that affects things in their house, or what happens when they don’t pay attention in school.

“Seeing those life skills carry off the court was always our mission. Statistics say 99-percent of my kids are not going to play next level, so I ask what I can I give them to take away from my club. They’ll be able to take those life skills on to whatever they want to do.”

Jones’ approach demonstrates the role sports can play in the development of youth, Dale said. “Our Chapter’s employees, board and supporters are thrilled that Coach Frankie, as he calls himself, is getting national recognition . Having an award-winning Double-Goal Coach in the community provides an example for other coaches to emulate, so thousands more youth and high school athletes in Colorado can benefit from a positive, character-building sports experience.”