By PCA-NE Board Member, Vona Hill - “You win some you lose some.” In sports we hear that a lot, but almost exclusively after a loss, as if anyone who ever lost needs a reminder. By the sheer nature of competition every match-up will have a winner and loser. Competition, losses and all, can be fun and healthy, and most adults weather the ups and downs of it just fine.

But for children the healthiness of competition can be a bit more dubious. That’s because the ability to weather those ups and downs isn’t intuitive, it’s a learned skill. A skill with which children need guidance. Children who experience loss in competition need more than that familiar reminder that losing is part of the game. Like wet clay, their socioemotional notions of competition, and specifically how loss fits into that, are still being formed and will one day be firmly set. How those notions ultimately take form will make the difference in that athlete’s experiences, not only in sports, but in many broader aspects of life. And so this is where parents and coaches (and especially parents who coach) find one of our highest callings and our most important work being done. 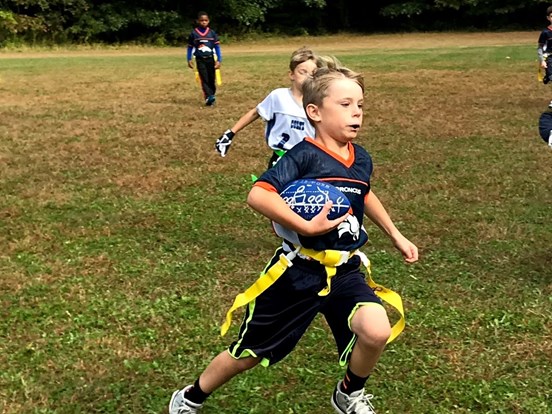 I’d like to share with you a time I took my youth flag football team to a tournament where we suffered some major losses. We prepared rigorously. We played outstandingly. But on some fields we faced tough competitors and officiating. Since we had gone very deep into the playoffs just the year before, not making the playoffs this year was particularly disappointing for us all.

I spent most of that Sunday night licking my wounds from the tough losses of the tournament. Of course, I didn't expect to be in a great mood, but for some reason I wasn't able to shake off the blues, and I just couldn't seem to figure out why. I know very well the value and growth in losing. I know it's through adversity, often in the form of defeat, that perseverance, resilience, and other important character traits are built. There have been many times that as a coach I've held the hands and hearts of my players (and their parents), as I gently guided them to understand the “gains” of losing. But for some reason all the pep talks I gave myself that night just couldn't pick me up. And then I realized why. . . .it was because I wasn't actually bummed about losing! No pep-talks about being forged by fire were going to fix me up. The thing is, I was heartbroken because I felt like I had let my team down. I had wanted each of my players to have a certain experience of my program...an experience that I did not, could not, deliver. Yes, I know that wins aren't something a coach can ever guarantee, and of course, I know that "the best team doesn't always win", but somehow, I still felt as if I had let my team down, and the burden was weighing on me.

I thought back to the conversation I had with my husband and co-coach in the car ride home from the tourney with our own boys. Our sons were self-critical, which was to be expected, and even allowed, because a certain amount of self-evaluation in the face of defeat is how competitors sharpen themselves. In typical fashion we reminded them not to be too hard on themselves and of the value of their contributions. But then one of them asked in a roundabout, not-so-direct way, what he could have done better to carry his team. And my heart broke a little at the thought that he felt the urge to bear this burden, though it was not his (or anyone's) to bear.

My response in that moment was that it is never one player's job to carry a whole team. By the sheer definition of the word "team", EVERYONE has an important role. And since everyone's role is really that important, then no one player can ever take all the glory for a win, all the blame for a loss, or carry all the responsibility of the work, even if they tried. It's a divine design!

And in no other sport is that truer than in football. Team dynamics dictate, especially in football, that the whole is greater than the sum of its parts. Many families in my program have even heard me recite, once or twice, my love letter to the sport of football and about how football unyieldingly, inevitably fulfills the ideal of the concept of "team." It is one of the greatest reasons why I love this sport the way I do. Players learn to rely on each other, trust one another, forgive each other, and to be more powerful together than any one of them can be individually. I always want my players to remember that definition and ideal. And I would never want any player, not even for a moment, to feel they even COULD let their team down when they've shown up and given their all. But the reality is that I know that many players on my team, like my own son, went home feeling that way after those games that Sunday night. 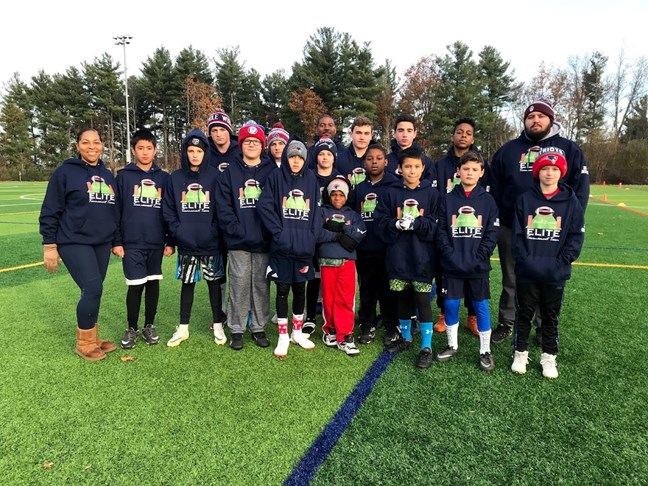 And with this reflection, late on Sunday night, my blues turned into gratitude. I was grateful that I felt like I had let my team down. Why? Because it gave me the opportunity to have this shared experienced with my team and my players who I know were suffering this sadness. It afforded me a mile-long walk in my players' shoes. And it made clear to me what I wanted to say to wrap up my season. It helped me gather what thoughts I want to leave with the parents, and some words that I humbly asked them to share with the players, their children, on my behalf.

Children desire to play sports for so many great reasons that we, as parents, tend to overlook or forget, not the least of which is that they want to matter to something bigger than themselves.  They really want that more than they want a win, a trophy, or a title. These things are just icons that adults have associated with sports, and that kids have, unfortunately, adopted as representations of how we measure their value. So please never miss a chance to communicate to your children that their value, their efforts, their contributions could never boil down to a win or a trophy.  Their value to their teams will always be too great for that. And as long as they give their best effort, they can never let their team down. Thank you for supporting so wholeheartedly all that I've set out to achieve. Thank you for all that you put into these amazing young humans that you're raising. And thank you for sharing them with Red Zone for a short but remarkable time.

We do not compete to win, we compete to be victorious. And victory has everything to do with your INPUT and very little to do with your OUTCOMES. Victory means striving to push yourself out of your comfort zone; seeking the motivation to finish when you really, really want to quit; figuring out how to take critique and feedback in a way that allows you to sharpen yourself and hone your skills rather than deprecate yourself; and realizing that your opponent is never your enemy but always your teacher. Each one of you was focused in training and fierce in competition. And each of you was victorious despite the outcomes of those tournament games. You were victorious because of what you put IN. Thank you for modeling real victory. Thank you for making me a better coach and a better person. And thank you for giving your all. You could not have made me more proud!

I share those words now, hoping they might resonate and be of use to other parents, coaches, and young athletes who might need to hear or read them. For competition to be the healthy developmental tool that it has the potential to be for our kids, we as adults need to remember to check how we convey to them what the value of their contribution and efforts are. We need to emphasize input over outcomes. And we need to be careful and diligent in framing the healthier motivations (the “why”) of competition.

If we adults hit these targets just right, our young athletes will win some, they will lose some, but they will be victorious in all. Vona Hill is a Strategy and Implementation specialist who partners with businesses, entrepreneurs, and executives to help them create and achieve goals. She knows that success is driven by an ability to effectively leverage a unique value proposition in a given marketplace. With a comprehensive approach that is as tactical as it is strategic, she helps each client articulate a vision, formulate an action plan, and execute through to completion.