Using a Mistake Ritual to Refocus; an NFL Example

This past Sunday during the NFC Wild Card game, Minnesota Vikings wide receiver Adam Thielen made a crucial mistake that resulted in a field goal for the New Orleans Saints. 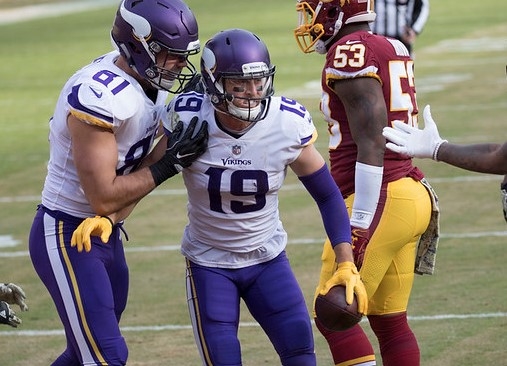 In the first quarter of the Vikings vs. Saints game, Adam Thielen fumbled the ball on the Minnesota 37 yard line after a 3-yard reception. New Orleans took advantage of this mistake and turned it into a field goal.

Recovering from such a significant mistake in a big game can be tough, but Thielen knew exactly what to do: he implemented a "Mistake Ritual" called "the flush.”

A mistake ritual is a physical gesture or technique that helps athletes quickly acknowledge a mistake and move past it, allowing them to refocus on the most important play – the next one.

Courtney Cronin, Minnesota Vikings reporter for ESPN.com, goes into more detail about Thielen's process and his mental state during the game in this thread:

Adam Thielen talked about a motivational tactic postgame that he picked up in college. It's called "flushing the toilet." After Thielen fumbled on the Vikings opening drive, he did a motion where he pushed down on an imaginary toilet flush valve - his way of forgetting about the

In PCA Workshops, we encourage parents, coaches and athletes to develop a mistake ritual. When a young athlete makes a mistake on the field or court, they often immediately look to their parent(s) or coach for their reaction. Seeing a physical motion like “brush it off,” “flush it” or “let it go,” will help athletes refocus on the next play.

Already have a mistake ritual? Comment below with what you use, we’d love to hear!

To learn more about Mistake Rituals and their impact on an athlete's mindset, check out some of our resources below.

The Importance Of Developing A Mistake Ritual

Flush And Park Mistakes With A Mistake Ritual