The Spirited Return Of The Jeans & Jerseys Youth Sports Awards

CLICK HERE: Learn About Our 3rd Annual Youth Sports Awards on March 2, 2019 at the Pilot House at University of Portland

It was truly an amazing night on April 7th,  as over 200 people attended the 2nd annual PCA-Portland Jeans & Jerseys Youth Sports Awards at the Spirit of 77. The word that comes to mind when trying to describe the energy in the room is Spirit.  Looking out across the packed venue with everyone proudly wearing their favorite jersey, there was nothing but smiles and laughter beaming across the room.  The event was focused around honoring people who make a positive impact through youth sports.  We gave away two awards and six scholarships during the evening to recognize those who elevate themselves, their teammates, and their communities.

Six High School seniors were recognized with the Triple-Impact Competitor® scholarship. You can see these student-athletes pictured below with PCA-Portland Executive Director Ben Dudley (right) and Master of Ceremonies for the event, Nat Borchers (left), a former Portland Timber legend who now serves on PCA's National Advisory Board. 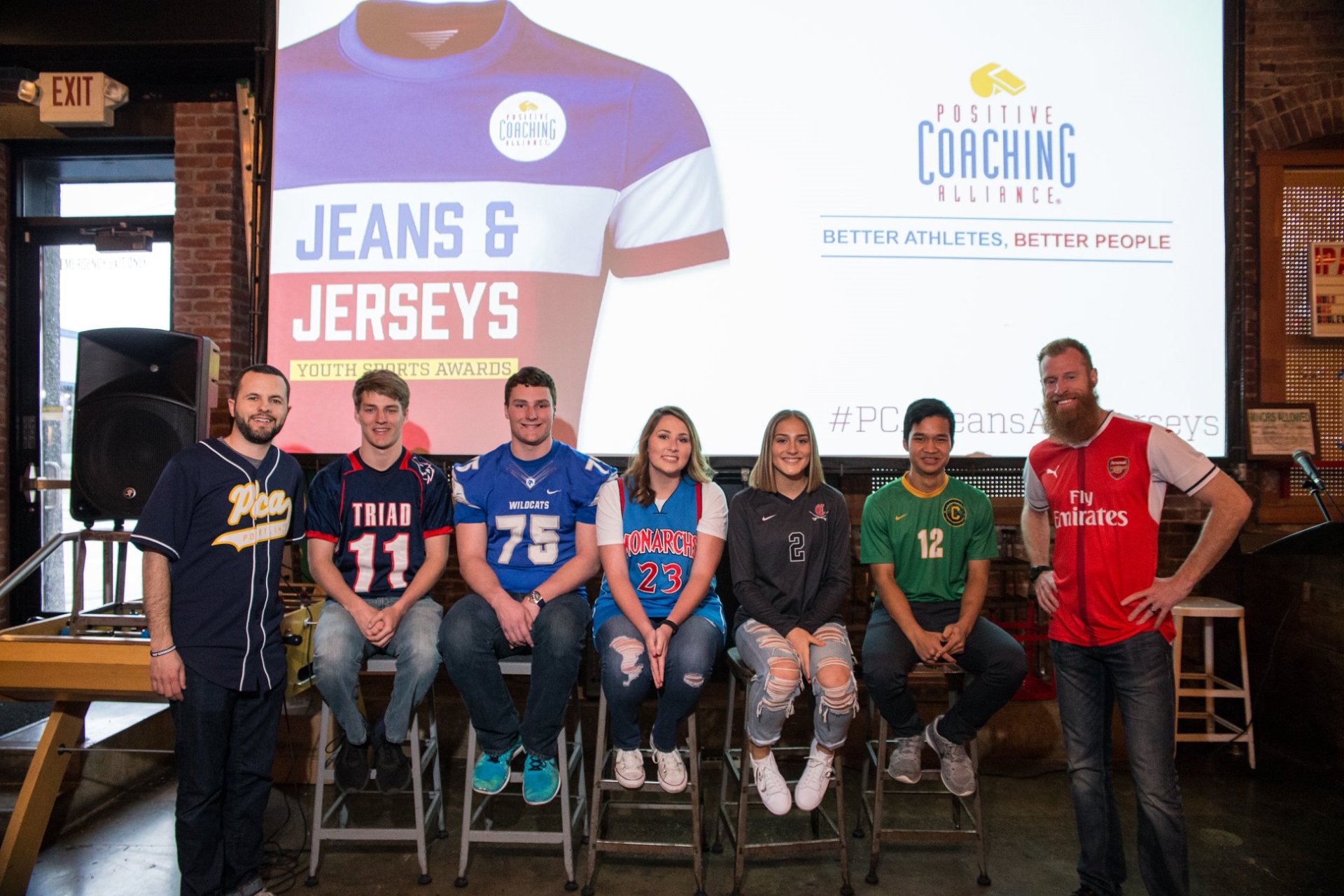 Our winners this year are:

These students all received a $1,000 college scholarship and a beautiful trophy from Crown Trophy of Beaverton.  To learn more about each scholarship winner, you can view the video below, which played at the event.

Another key highlight of the event was Marshall Haskins, District Athletic Director for Portland Public Schools, who was honored with our 2018 Excellence in Leadership Award. Marshall, along with his team, has taken the Portland Interscholastic League to new heights.

Under his leadership, PIL has grown from 5,000 to 13,000 participants, and now has over 1,300 coaches. PIL has partnered with PCA-Portland to ensure that in PIL, student-athletes receive an experience where sports is done right. PIL works with Leaders, Coaches, Parents, and Student-Athletes across the league to ensure that their student-athletes can get a sports experience that makes them BETTER ATHLETES, and BETTER PEOPLE. 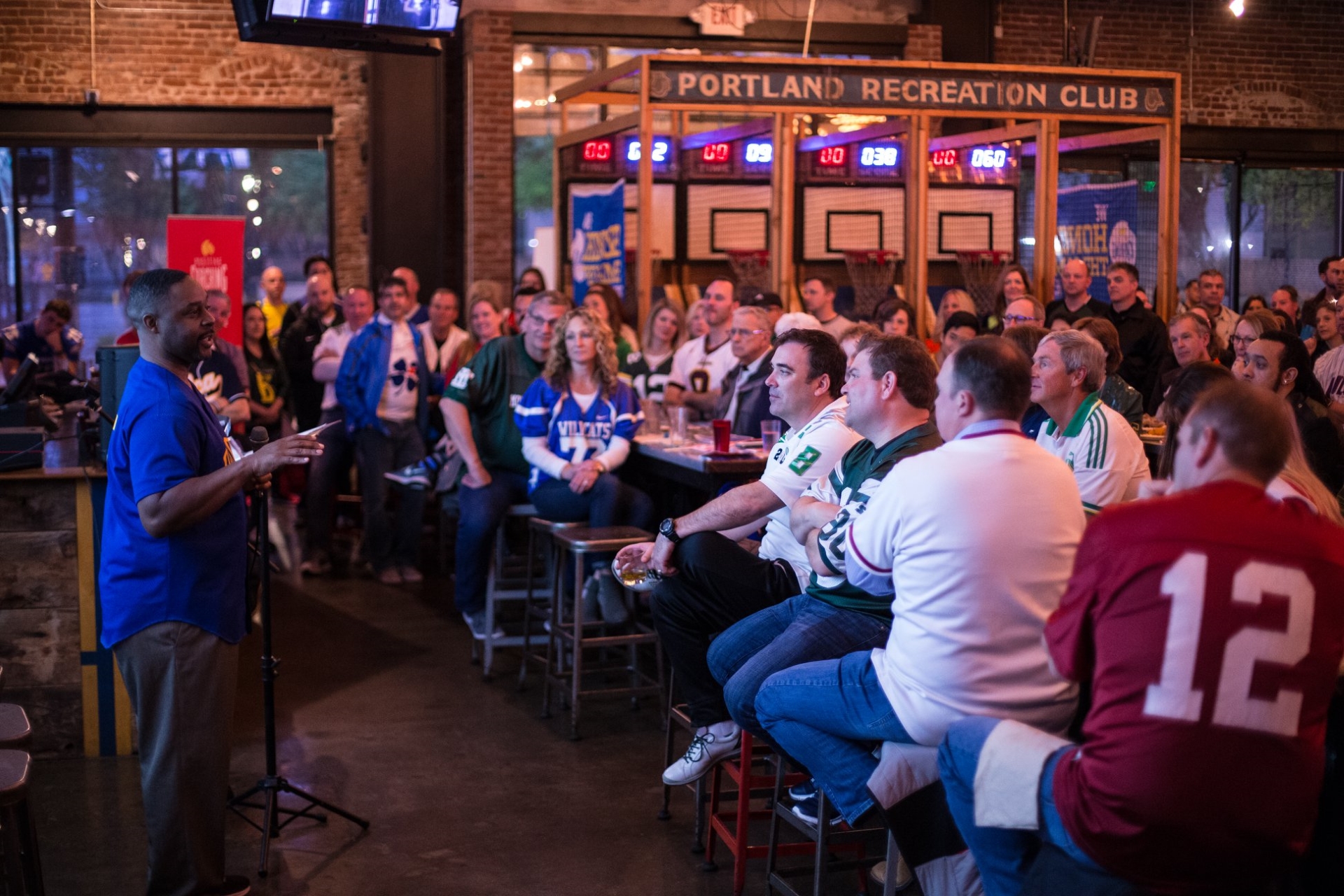 Our final award was presented by Brand Jordan to Peter Za. Peter was presented with the WINGS award for his exceptional ability to soar in life despite difficult circumstances. Avery Jessup, of Brand Jordan, who also serves on the PCA-Portland board, recognized Peter with a pair of Jordan shoes as he received this award. 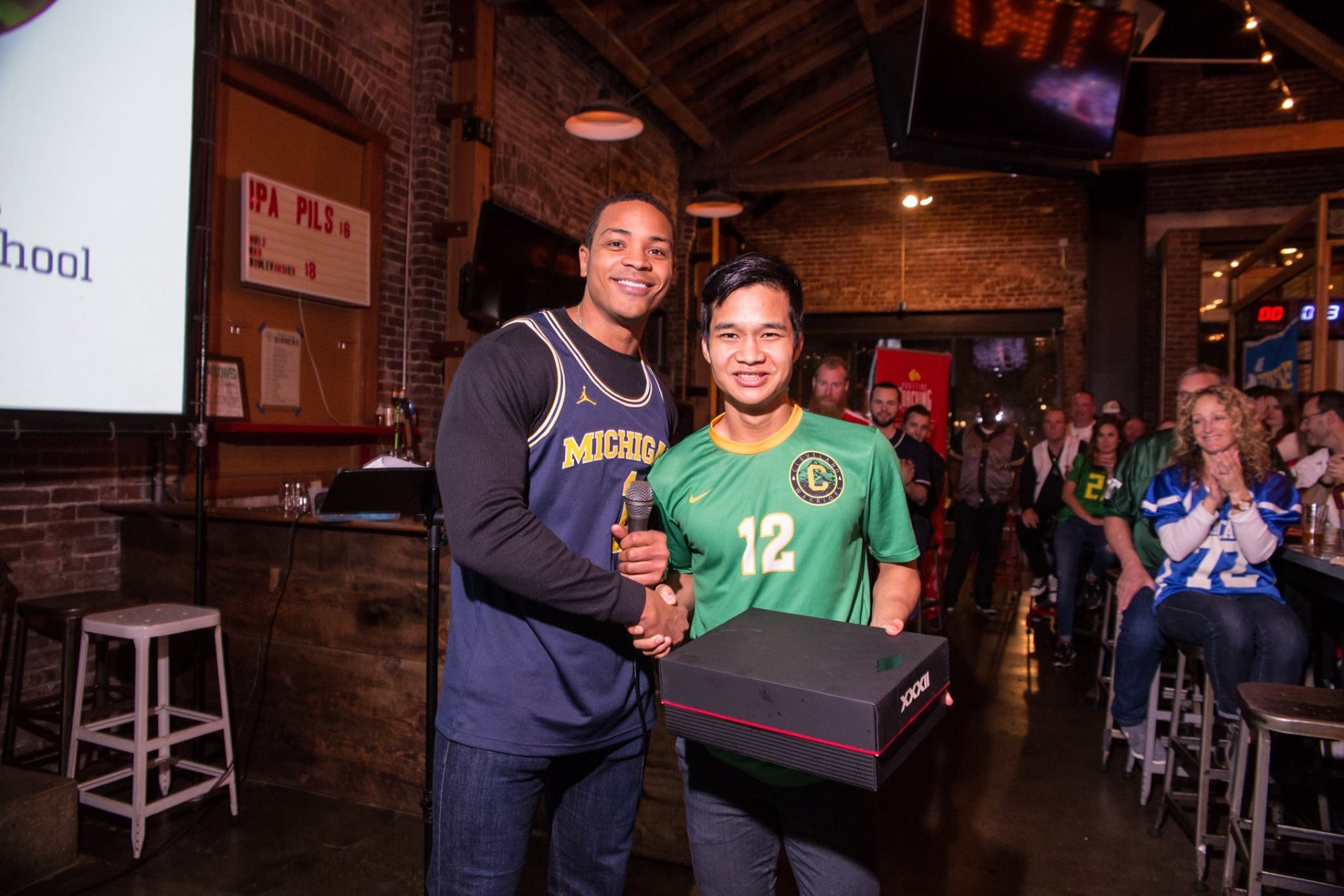 To learn more about Peter and his inspirational journey, you can watch the video below, which played at the event.

On behalf of the Positive Coaching Alliance of Portland, thank you to everyone who came out to celebrate these award winners with us.

A huge thank you to our sponsors and donors–we raised nearly $65,000 at this event, which will play an enormous role in the Chapter's ability to Develop Better Athletes and Better People across Oregon and SW Washington. You made that possible and for that we are grateful! View Our Full Photo Album From The Evening

Thank you to our sponsors