Briefly describe your awareness and understanding of the NIL opportunity and how it has been presented or communicated to you. Is there anything that excites you?

Allie: I have a general idea and understanding of what the new NIL rules mean and how they can be used. Since I graduated already, I don’t necessarily get to take direct advantage of them, but I am very happy for the opportunities presented to my friends and former teammates. I’m excited that student-athletes can use their name, image, and likeness to do what they want to do after all of the hard work they put in.

Dylan: As of right now my understanding is very limited. Aside from a couple of emails, my school really hasn't alerted me to the various opportunities at hand and how the NCAA will handle them in the future. A majority of my knowledge has come from self-research on the topic. 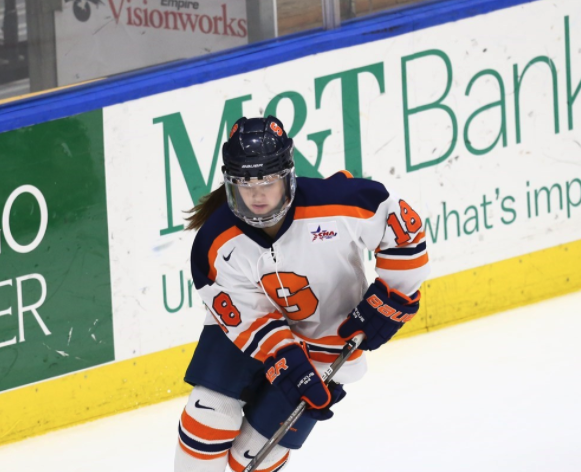 If you were currently in high school, would taking advantage of the NIL opportunities be important to you as you considered playing beyond high school? Why or why not?

Dylan: Since I am in a league where scholarships are not offered, looking back if I had the ability to potentially make money from the new NIL rules, my college list would definitely look a lot different. Many athletes are persuaded away from continuing athletics into college due to factors such as money. Furthermore, since a college can offer only so many scholarships, many high school students quit before even testing the waters citing that they don't have the talent to be on scholarship. I believe with the new NIL rules, there could be a major increase in the pool of high school student-athletes considering playing in college.

What are some of your concerns about the new NIL laws?

Dylan: Some concerns I have regarding the new NIL laws are that because the laws are relatively new, I fear that many student-athletes will jump right in without proper knowledge or representation. The possibility of shady or misunderstood deals agreed to by student-athletes with the hope that they’ll make a lot of money is a scary thought. Additionally, another concern can be seen internally, with the ability to make money now for many college athletes, it is obvious that the big-name players would get the best offers. For me, this trend could potentially breed jealousy among teammates and be a potential hazard to team cultures as the value of 'team' in sports could shift to valuing the individual because of the new rules.

Looking back on your time in high school and now having each played at the collegiate level, what are some things you wish you would have done differently? (This doesn’t need to be NIL focused) 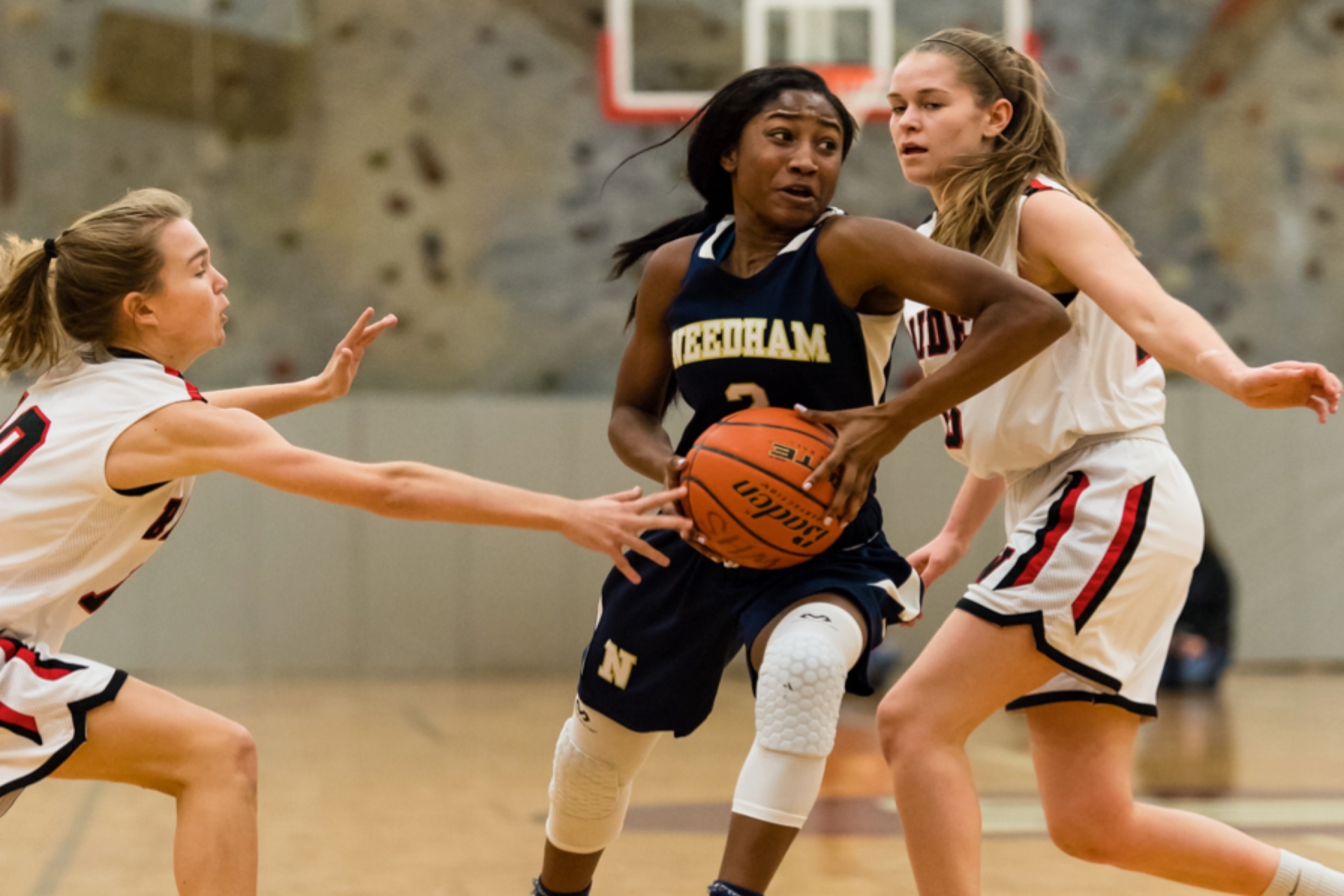 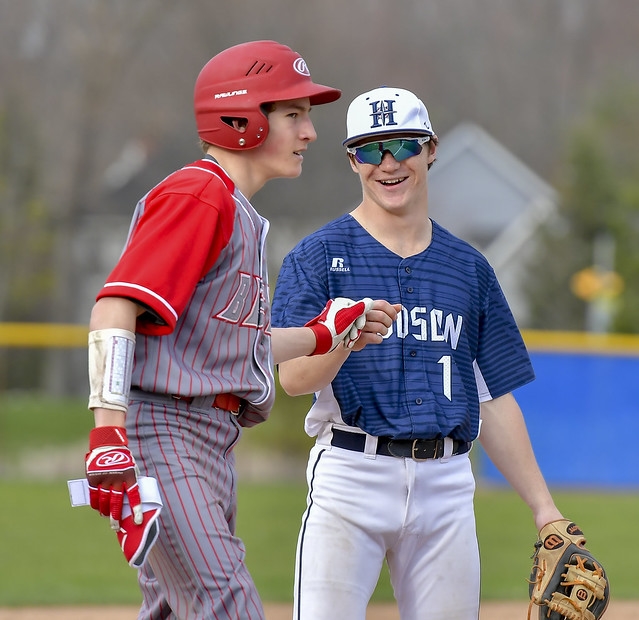 Allie: It’s hard to look back at all of the things I could’ve done differently because I know the outcome of where I’m currently at in my life would be so different. I think the biggest thing would be to fully understand the gravity of choosing colleges at a young age and prioritize the different options for both academics and athletics that each school on my list would give me. I went in with the mindset that I will reach out to every possible school because I wanted to play in college so badly. With the new NIL laws, I would look at the opportunities for taking advantage of your NIL that each college presents and how you would evaluate those.

Dylan: I think with the new NIL laws something I wished I had done was have a more extensive college list. A lot of my college selections were based on the scholarships available or the potential financial aid flexibility. Although I am extremely happy with the college I am currently at, I feel as though I had to limit myself during my search, which limited the opportunities of many different schools across the country.

Dylan, you are a current student-athlete at Cornell, and Allie, you are a recent graduate of Syracuse. What are you hearing from current/former teammates/athletes about these new NIL laws? Anything that would be helpful for a high school student-athlete to know about?

Allie: Since I played ice hockey, a team that isn’t involved in the most popular sport at the school, a lot of my teammates have been partnering with several local businesses around the Syracuse campus. A lot of the conversation has just been around the excitement that they can finally have this opportunity, but also a lot of questions have been brought up among everyone as well. I think the biggest thing is that everyone is realizing that it takes a bit of time and effort to create a personal brand that is appealing to companies for potential sponsorships.

Dylan: Currently, a lot of what I’ve heard is the excitement with the opportunity to make money. A lot of the conversations have been nonserious or centralized around jokes because my teammates and myself really don't know where to even start, or the opportunities available. Speaking specifically on these conversations, a lot of the ideas of endorsement opportunities have been related to many local businesses not nationally known because our conference isn't a Power 5 school.

Knowing that coaches can’t do anything to create opportunities, what resources would you want at a college you’re considering to have to help you find opportunities?

Allie: Since the school itself and therefore your coaches can’t fully assist you in finding these sponsorship opportunities, the compliance office in each school’s athletics department should provide a comprehensive list of do’s and donts, appropriate brands, or examples of them, etc. Another great resource would be older student-athletes who have been through the school/process before and even your professors. Understanding the companies that are acceptable to pursue a professional relationship with and how to go about building that relationship should be the first thing detailed at each school’s yearly compliance meeting.

Dylan: Every year student-athletes have to complete a compliance meeting acknowledging the rules and regulations of the NCAA. I think adding information regarding the NIL rules and their implementation, along with do's and dont's, could be extremely beneficial for student-athletes. Currently, many athletes think the rule’s implementation of the rules allows them to make money with no consequences, but that is false. There are numerous examples of money-making opportunities that violate NCAA rules. With this in mind, I believe yearly education would be extremely beneficial at the start of this process.

What are some ways that elite players can be great teammates and honor the game while still taking advantage of NIL opportunities?

Allie: The biggest thing to remember is that you are privileged enough and talented enough to play sports in college and attend school for a college degree. The issues will come when student-athletes begin to prioritize making money over their athletic and academic career. Everyone should be happy for each other and proud that their friends and peers are getting these fantastic opportunities that weren’t available before.

Dylan: I think not comparing their opportunities to others would be a great way to continue being a great teammate. Additionally, recognizing that you came to college for the love of the game, not the opportunity to make money is huge and should be consistently remembered and followed in regard to ways in which elite players can still honor the game and pursue the opportunities of the NIL.