The 2018 Breakfast With The Indians

A teammate is a trustworthy, competent person with whom you want to serve.

This quote really resonated with the audience of roughly 70 youth, high school and collegiate coaches, administrators and parents that were in attendance at the annual Breakfast with the Indians event hosted at The Corner at Progressive Field on August 1, 2018. There was a sea of head nods as Jay Hennessey, Vice President of Learning and Development for the Cleveland Indians, and former Captain of the NAVY SEALs uttered those words. Those head nods continued throughout the morning as the panel made up of Hennessey, Brad Grant (Indians Vice President of Ballpark Operations – Strategy and Administration, ) and Lonnie Soloff (Indians Senior Director of Medical Services) continued an engaging discussion lead by moderator Jeff Phelps (Fox Sports Ohio Broadcaster). The primary theme of the panel was character development and attendees were encouraged to listen to the words of the panel and see how they apply to their personal lives, not just through a sports lens. 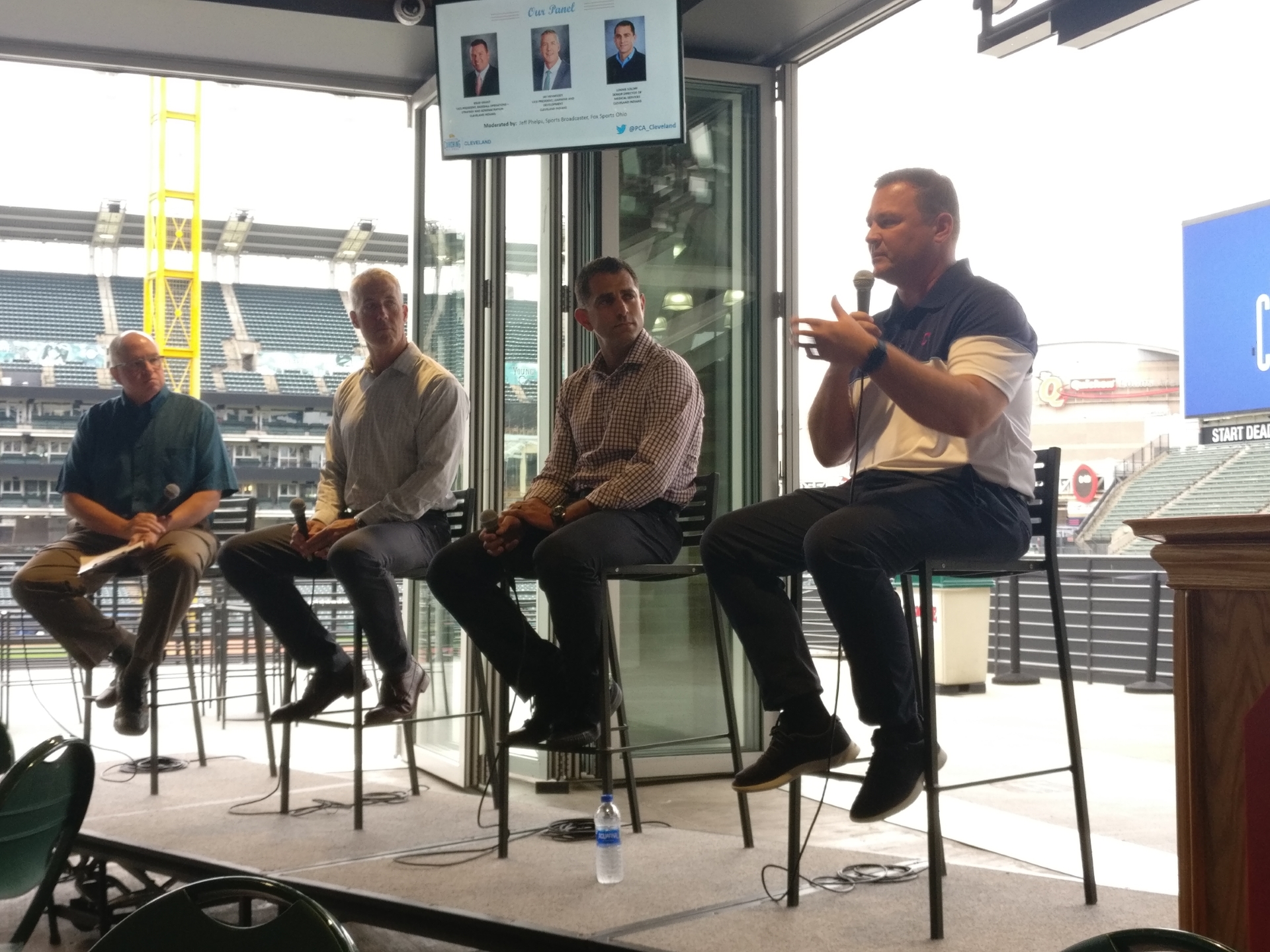 As you watch the Cleveland Indians play the game of baseball, it is easy to see that they have an incredible culture within their organization. From Manager Terry Francona to Trevor Bauer to Frankie Lindor and everywhere in between, you can see how much fun the entire team has while they compete. That culture starts from the top and Grant specifically referenced the three ways to create a team culture coined by best-selling author Daniel Coyle; Build safety, share vulnerability, and establish purpose. Grant went on to say that communicating that culture organization wide and ensuring a players character fit’s their culture is a primary focus for their scouting team. He also stated that they had been burned a couple of times when seeking a player purely based on their athletic ability. When asked about what scouts look for when looking at players he mentioned “One of the first questions our scouts ask is what other sports do you play?.” From the 2017 Breakfast with the Indians event, Phelps recalled Indians General Manager, Mike Chernoff, referencing how if they were scouting a young one-sport athlete, they would take him out and play Frisbee. In addition to a strong character, scouts are seeking individuals who showcase a great amount of athleticism. When the conversation switched to athlete expectations, Soloff recalled a conversation he had with Indians all-time saves leader, Cody Allen, as he was climbing the ranks. Allen specifically asked Soloff “what is expected of me?” Allen understood that a clear understanding of expectations was necessary for success. Later in the panel discussion Soloff stated that a “Lack of effort is inexcusable and all of our pencils have erasers. It’s ok to fail if your effort is there.” He went on to say “one of the things we focus on is how to interpret failure” when discussing the mental capacity of high performing athletes and their thirst for success. This thought process directly aligns with one of PCA’s core philosophies, the ELM tree of Mastery. E=Effort (and attitude), L=Learning (and adapting), M=Mistakes are ok. ELM essentially defines your “controllables” are. If you can focus on and master these three things, you will be successful in anything you do in your life either in or out of sports. 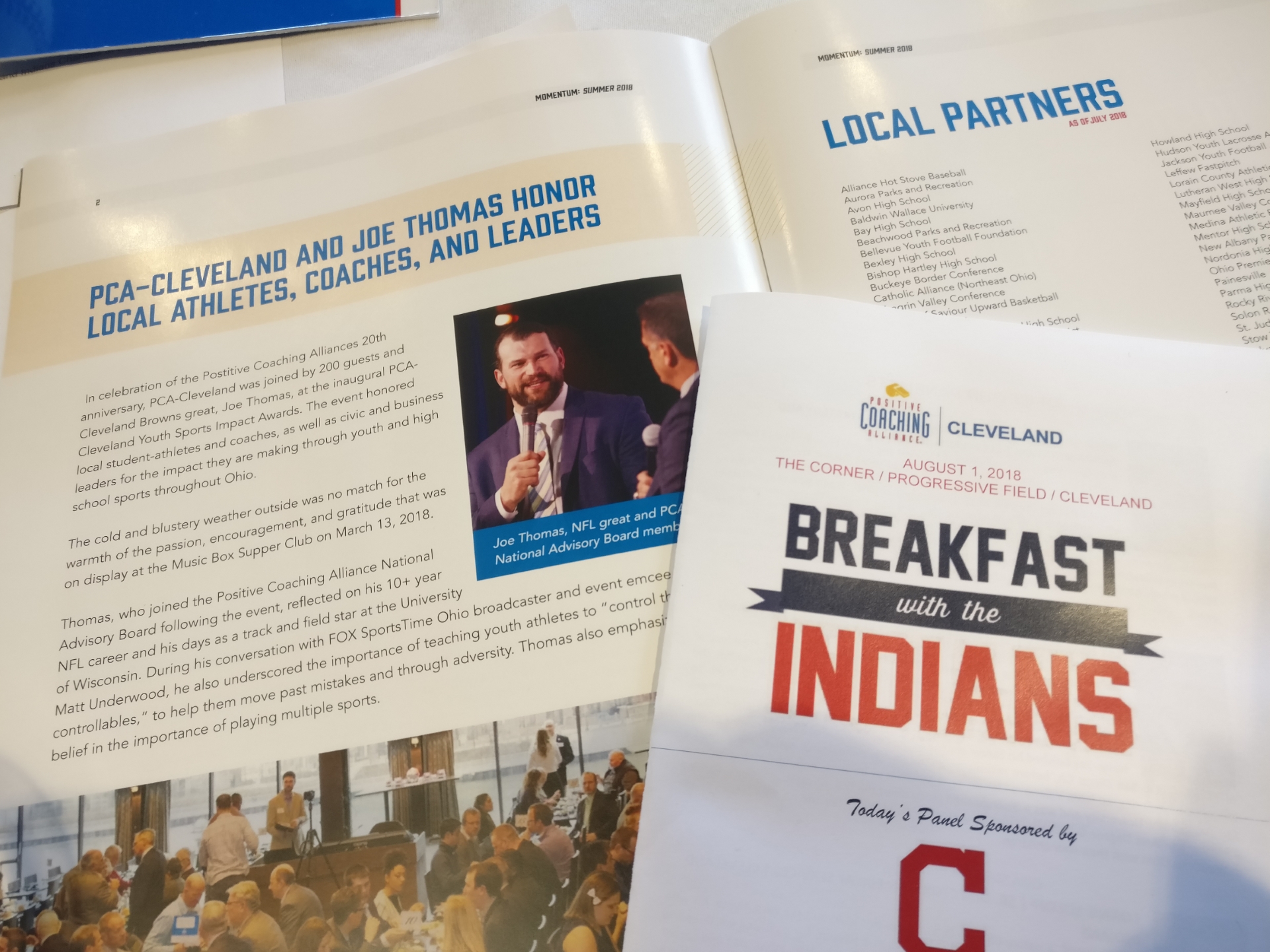 As the panel wrapped up, PCA’s Director of Field Operations and PCA-Cleveland Interim Executive Director, Jeff Park addressed the crowd reminding all attendees that PCA’s mission of Better Athletes, Better People is a movement. He encouraged all attendees to find a way to support the movement. View All Our Event Photos