Brent Sopel knows a thing or two about “taking one for the team.” If you’re one of the millions who, like Sopel, struggles with the processing disorder dyslexia, he has a message for you: "You are not alone." 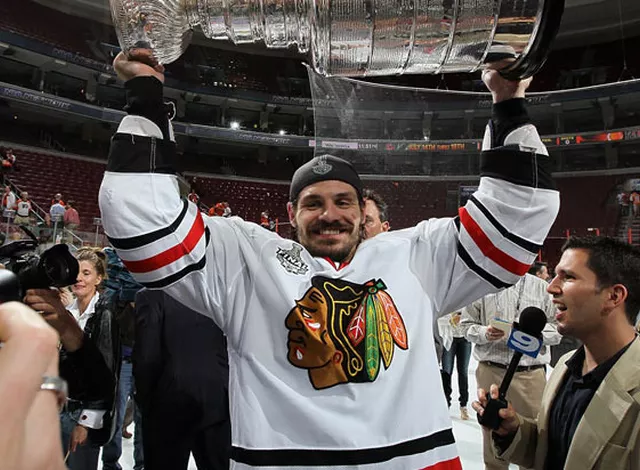 Anyone who’s played alongside Brent Sopel will tell you, he’s a pretty good teammate to have on your side.

Chicago hockey fans remember Sopel’s toughness as a defenseman. His fearless willingness to sacrifice his body to block shots exceeding 100mph was a key contribution as the Blackhawks won the Stanley Cup in 2010.

Sopel then showed another side of his courage and fierce commitment to supporting others by using his day with the cup to bring it to be included in the 2010 Chicago Pride Parade. This was Sopel’s message that the Blackhawks’ success was a victory to be shared by all Chicagoans. It was also his gesture of support to his friend and former general manager Brian Burke who had recently lost his son Brendan in a car accident. Brendan Burke had enjoyed his family’s acceptance and support as an advocate for LGBTQ acceptance in sports.

Sopel continues to show his commitment to supporting others as a youth hockey coach in the Chicagoland area and by running the Brent Sopel Foundation (www.brentsopelfoundation.org) to advocate and fight for kids who struggle with dyslexia. Though retired from the NHL, he is no less passionate, generous, nor courageous in his approach to fighting for others than he was when he played. The Chicago Blackhawks players whose names are inscribed near his on the most legendary trophy in sports will tell you: When Brent Sopel says, “you are not alone,” he backs it up.

Positive Coaching Alliance caught up with Brent in Bloomington, IL at a coach development clinic sponsored by Amateur Hockey Association Illinois (www.ahai.org), an affiliate of USA Hockey (www.usahockey.com). Brent spoke with us about coaching, parenting, living with dyslexia, and the work he’s doing through his foundation.