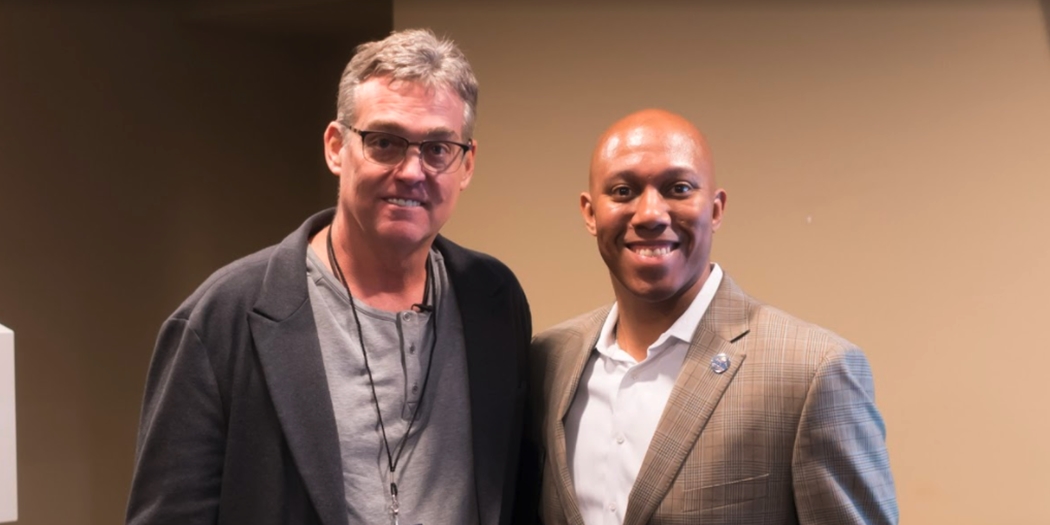 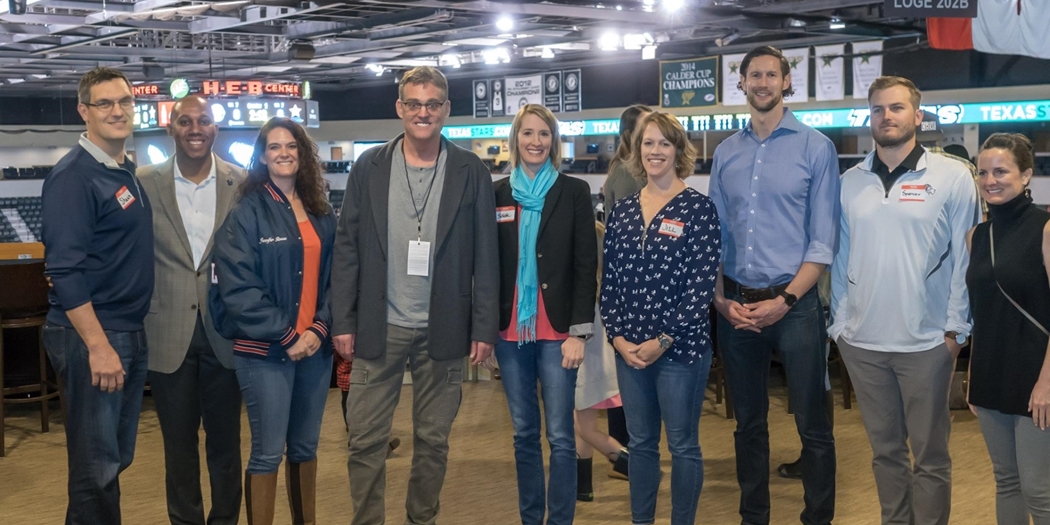 Game day for the Austin Spurs (NBA Developmental League team of the San Antonio Spurs) was slightly different for some 50+ PCA supporters on Sunday March 5th. For the price of their ticket, these guests got to witness first-hand the power of the PCA message as PCA-Central Texas hosted its first “chalk-talk” event. PCA Chalk Talk with the Austin Spurs was held at H.E.B. Center at Cedar Park and featured R.C. Buford – President of Sports Franchises for Spurs Sports and Entertainment, Silver & Black Give Back Board Member, and PCA National Advisory Board Member. Guests received tools for coaches and parents to use in helping to build positive youth sports experiences from PCA Lead Trainer, Joe Terrasi and participated in a discussion, led by Buford, on the importance of parents and coaches on influencing positive character development of kids in sports.

With R.C. Buford leading the conversation, attendees were able to ask questions and learn more about why development is such an important aspect of Spurs culture.

Too often we try to put people in roles as opposed to let them grow as players….especially in youth development, the less we focus on roles and the more we focus on opportunities to grow and challenge who they are to who they might become.

Prior to opening it up for Q&A, Buford went through each of PCA’s four Core Principles (ELM Tree of Mastery, Emotional Tanks, Honoring The Game, and Development Zone), and how each translated to the San Antonio Spurs’ culture.

In a fast-paced game that saw the Spurs rally, but ultimately lose to the Salt Lake City Stars, 119 – 113, it was the attendees to this event came out ahead. According to PCA-Central Texas Executive Director, Trennis Jones: “Through our partnership with Silver and Black Give Back, we were honored to have R.C. Buford give specific and personified examples of how to use PCA’s Core Concepts to intentionally create a culture of development and positivity. The power that leadership like that provides is essential in maximizing everyone’s talent, whether it be a 5 year old just starting to play or an NBA All-Star.”

The event was supported by sponsorship from Next Coast Ventures and media partnership through The Horn: 104.9, whose leadership in the community is appreciated and met with a great deal of gratitude!