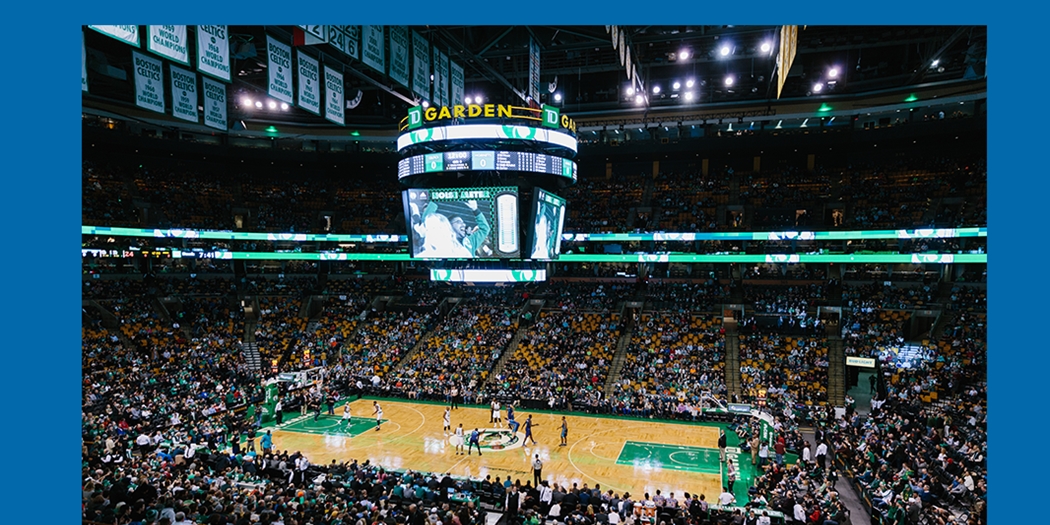 The parquet. The banners. The lights. The green. Everywhere. Seventeen middle-school basketball players all wearing their own green emerge from the cage into the TD Garden, home of the Boston Celtics. Hushed, they file into second row seats and crane their necks looking up at Al Horford and his teammates methodically shooting from all corners of the famed floor. Above the players they can see banner after banner hanging from the rafters proclaiming victory. The sweet smell of championships pervades that sacred space. These young players, guests of Positive Coaching Alliance and the Boston Celtics, are about to be a part of something special. A night to remember. On Friday, December 16th, the Boston Celtics celebrated their nine community partners, including Positive Coaching Alliance, by inviting them to their game against the Charlotte Hornets and celebrating them throughout the evening, culminating in the presentation of nine giant checks center court at the end of the first quarter.

Guilford is a long-time PCA partner, and the boys’ head coach, Scott Markovich, won national honors in 2016 as a PCA National Double-Goal Coach®. Selected as one of 50 coaches to be so honored from 2,400 applicants nationwide, Coach Markovich exemplifies the model of a PCA Double-Goal Coach® who understands that while the first goal in coaching youth basketball is winning, the second, more important goal is teaching life lessons and developing character. 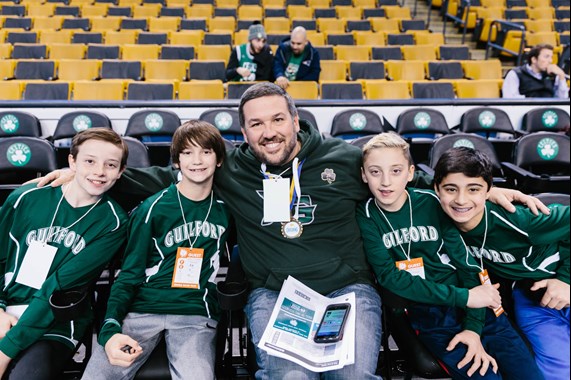 The MCSAA is one of PCA’s newer partners, and has begun a series of PCA workshops, hosted at Tufts University, for student-athletes and their coaches to help ensure a positive, character-building youth sports experience within the MCSAA. All of the players, their coaches, friends, and family experienced the magic. From front row seats to the teams’ warm-up, the players witnessed the teams’ patient pregame rituals, and confirmed that Al Horford really is 6’ 10” tall. 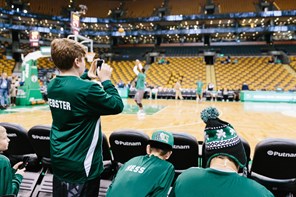 Awestruck, the players walked out onto the parquet for a pregame photo atop the Celtics Lucky logo. Coach Markovich touched the parquet, and urged the players to do the same, honoring the many, many NBA greats who play here. 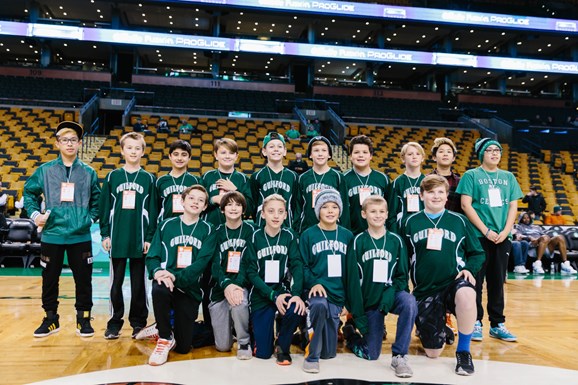 From their game seats high in the stands the players stood and shouted encouragement for the men in green. 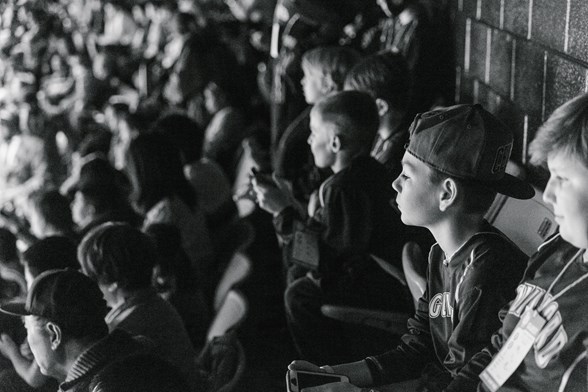 And it worked. Led by PCA National Advisory Board Member and Head Coach Brad Stevens, the Celtics delivered a come-from-behind win, 96 - 88 over the Charlotte Hornets after trailing for three long quarters. From the rafters, the boys from PCA cheered the Celtics on, to victory.