Proceeds raised through the tournament help advance PCA’s mission of transforming the youth sports culture into a Development ZoneTM where all youth and high school athletes have a positive, character-building experience that results in "Better Athletes, Better People.”

The tournament featured 24 teams, representing industries as diverse as investment banking, human safety/first responders and pro sports management in six pools of four teams each. The top two teams in each pool advanced, along with a total of four wildcard teams that earned their way in based on fewest points allowed.

By day’s end The Olympic Club emerged as the 2016 Silicon Valley Shootout champion, defeating the San Francisco Fire Department 30-20 in the title game. Pac-12 Network and Barracuda Networks both advanced to the Final-4 before elimination. 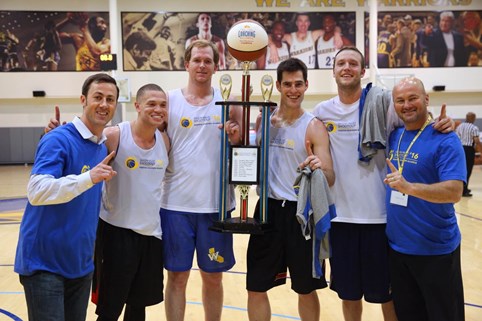 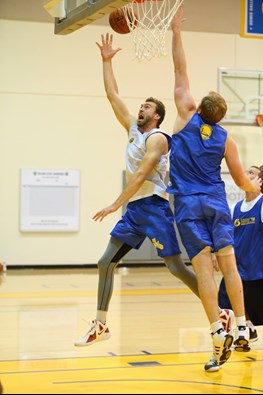 This may have been a charity event, but it certainly featured a plethora of on-court talent, both male and female. This talent included, but was not limited to Austin Morgan, Nici Gilday, and Andrew Zimmerman. Morgan was a 2013 graduate of Yale University who was a second team all-Ivy League selection his senior year. He finished his career at Yale with the highest free throw percentage in school history. The San Francisco 49ers were led by Nici Gilday, who played at Santa Clara University and was All-WCC in her senior season. Former Stanford stand out Andrew Zimmerman (pictured left, in white) also helped D&C Development advance to the Elite 8.

The entire PCA-SF Bay Area Team would like to express our gratitude for making this event a world-class experience for everyone involved!  We look forward to seeing everyone back next year. Below, David Mosley and Mike Wright, both long-time tournament participants, explain why your company should continue to compete.