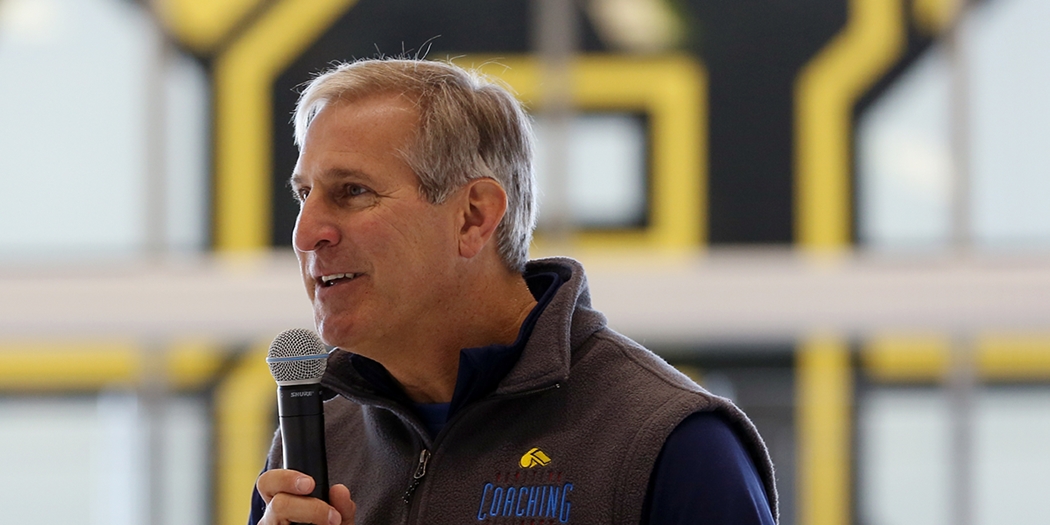 Another highlight?  The arena hushed as PCA lead trainer Eric Eisendrath shared powerful stories about what had the greatest impact on him as a young player: his coaches.  Eisendrath imparted a number of lessons, including one from extraordinary Boston College Coach and PCA National Advisory Board Member Jerry York to put in a full effort every shift, every possession- “don’t cheat the game.”

When Eisendrath concluded, NESN’s Andy Brickley, who emceed the event, remarked on the power of PCA’s message of valuing effort versus talent, citing the example of his own coach at UNH, the legendary Charlie Holt who, by valuing sheer effort, helped make him, a walk-on at UNH, into an All-American and a professional hockey player with the Boston Bruins. Mass Hockey members can bring the PCA message, like the one delivered by Eric Eisendrath and Andy Brickley earlier this month, to their programs through Mass Hockey’s grant program, which reduces the cost of a hockey parent workshop to just $300. For More Information About Hockey Partnerships