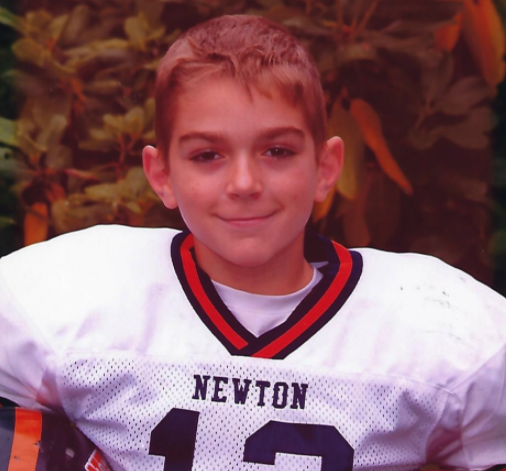 Coach’s words, spoken at full volume in front of the entire team after a sweaty hot August practice with his eyes fixed on one boy, lifted that eight-year old boy up. His coach believed in him. That was all he needed to hear. He bounded across the field, his feet barely touching the ground. Those words ignited his drive. Ten years later he became a college football player.

“Jump in, and play.” The girl’s eyes widened, and she looked at her coach, incredulous. He nodded and said it again “jump in, and play.” After another moment of hesitation, she did. She jumped in and played with the top team in the club. The team two years older than her te am. The team who had played in the US Club Soccer National Championships. The team led by Sammy Mewis, now a member of the USWNT. That team. When she finished playing, she left the field grinning quietly, standing a little bit taller. She thanked her coach. Her smile didn’t fade that day, the day she had been invited to play, and she kept playing on into college.

Almost every athlete can point to a pivotal moment when someone--a coach, parent, teammate--told them they believed in them, that they saw something in them, and encouraged them to believe in themselves. This week, as part of our #LifeIsATeamSport campaign, we are sharing a few of those stories to remind us all of the power of positivity.

Boston Public Schools Health/ P.E. teacher, Boston SCORES Coach, and PCA Double-Goal Coach Taharri Turner share the story of a student whose experience on the field helped her self-confidence soar off the field.

Major League Lacrosse’s Boston Cannons Head Coach Sean Quirk talk about how his high school coach empowered him, and his young teammates, by treating them as men setting a standard for respect and accountability that Coach Quirk carried with him as an athlete, as a college coach, and as a professional coach, and as a person today.

MLB RBI Coach of the Year, Red Sox RBI Coach, and PCA National Double-Goal Coach Richard Ward talk about how to bring out the best in young athletes with effort and great coaches, like the college coach who believed in him inspired him as a young hurdler.

Kristine Lilly, 23-year veteran of the USWNT, Olympic and World Cup Champion, and PCA National Advisory Board Member share an unforgettable moment when, at about age 10, her all-boys team traveled from CT to a tournament in upstate NY and chose not to play after they learned that Kristine was not allowed to play because she was a girl.

Share your story, that pivotal positive moment when someone believed in you. There is more to come in PCA’s # LifeIsATeamSport campaign. For now, remember when you see something positive, say something positive—it could change the trajectory of a young person’s life.