On vacation in Minnesota this summer I had the wonderful experience of getting together with two early mentors for lunch. Dr. Shirley White Pearl was the founding principal of the Behavioral Learning Center (BLC) and Don Challman, the founding social worker of the school. 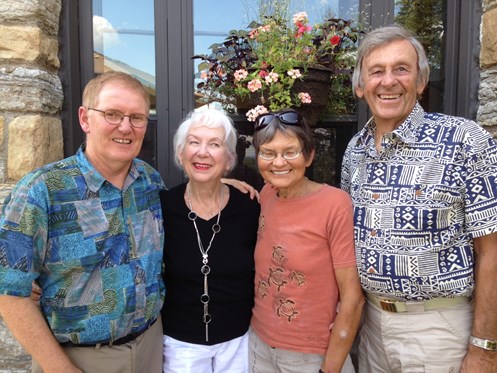 From left: me, Shirley Pearl, my wife Sandra and Don Challman

I was in the first group of staff hired at the BLC in 1971. The BLC was an elementary school for emotionally disturbed, behavior problem kids from all over St. Paul, Minnesota. We had about 32 kids and 16 adults and we still often felt overwhelmed with the behavior challenges they posed.

Don Challman brought the work of Rudolf Dreikurs (Children: The Challenge) into the BLC. Dreikurs is responsible for the absolutely brilliant idea of natural and logical consequences. If a child forgets to take his lunch to school, don’t bring it to him while nagging him about doing a better job of remembering. Let natural consequences do the work—he goes hungry! You can even be sympathetic: “That’s too bad that you have to go hungry today.” Don’t even think about saying something like “Maybe next time you’ll remember.” You want to get out of the way and let the natural consequences work.

Shirley introduced me to behavior modification by announcing during our very first training session: “Manipulation is not a dirty word.” She argued that everyone tries to manipulate others but often we do so for our own needs. We were going to learn how to manipulate these very troubled kids for their own good, so they could learn to meet their own needs. We would control their behavior until they could learn to control themselves. And it worked!

The dominant principle of the BLC was relentless positivity. When a child did anything even remotely in the right direction, the behavior was reinforced. We had weekly “goody guy” awards where the kids who met their behavioral goals for the week received an award and the applause of the entire school.

Randy was a child who loved the attention of adults. His reward for meeting his goals was an hour playing checkers with Dr. Pearl. Randy’s behavior problems pretty much went away after that. And Don Challman worked with Randy’s home school principal so when Randy went back he got to play checkers with the principal each Friday as long as he met his behavioral goals that week, which he always did.

But we did learn how to set limits. We had a system of “do-nothing” areas. When a child misbehaved, she was asked, “Do you want to go to the do-nothing corner or do you want to stop hitting Greg?” At each step of the way the child was given choices in as calm and even friendly manner as we could muster. “You can choose to play kick ball with the class at recess or you can spend recess in the do-nothing room. It’s up to you. If you misbehave again, you are choosing to stay in during recess.” 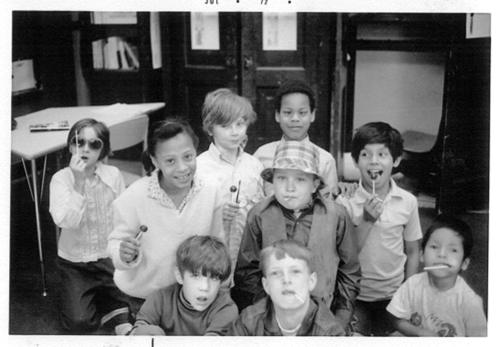 Most young people who go into teaching do so because they want to help kids. But too many become quickly disillusioned. Often it is their inability to manage the behavior of their class that frustrates them and leads them to quit teaching. It would be great if the behavioral management techniques I learned from Shirley and Don as a young aspiring teacher could be taught to every new teacher before they get their first classroom.

Inability to get players to pay attention is also a problem for new coaches. At Positive Coaching Alliance, we used my BLC experience to come up with a 3-step program for managing the behavior of players:

Here’s how I described this in The Power of Double-Goal Coaching:

As a basketball coach, I made sure every player had his own ball. When I wanted their attention, I said, “Hold the balls.” If a player didn’t, I calmly took it. If he got upset, I said, “When you learn to hold your ball when I’m talking, you can keep it.” This worked like a charm.

The magic of this 3-step process comes because we so often give attention to the children who are not behaving. Once we start giving attention—which most kids want from their coach—to the kids who are doing what we want, they tend to do what we want so they can get our attention.

One last memory from the BLC: We had a talented custodian named Keith Ritchie. The kids loved him and sometimes we made getting to work with Keith a reward for appropriate behavior. Keith was a dog trainer and he once said to me, “You know the reason most people can’t train a dog? It’s because you have to be smarter than the dog!”

Now dogs are not literally smarter than people (I think…) but when we reinforce the behavior we don’t want to see, we certainly aren’t acting smart. When we give relentless positivity to kids when they behave the way we want them to, wonderful, even transformational, things tend to happen.

I am incredibly grateful to Shirley Pearl, Don Challman and the many other people I worked with at the BLC (including Sandra, my wife of 41 years who I met there!). I actually wonder if there would be a Positive Coaching Alliance today if I had gotten a different first job in 1971.

PCA Founder Jim Thompson started PCA at Stanford University in 1998 to create a movement to transform the culture of youth sports into a Development Zone® with the goal to develop Better Athletes, Better People. PCA has helped lead a sea change in public awareness that positive coaching is the key to get the best out of youth athletes (everyone, really!) and help them become a Triple-Impact Competitor® who elevates self, teammates, and the game. PCA has 18 Chapters across the U.S. and does more than 3,000 live workshops annually for more than 1,000 youth sports organizations and partnerships with Major League Baseball and the NBA.