Reclaiming Youth Sports: It All Starts At Home

Positive Coaching Alliance-Central Texas recently teamed up with the University of Texas Division of Diversity & Community Engagement to host ‘Reclaiming Youth Sports’, an event held at the DKR Memorial Stadium at the University of Texas, to motivate, empower, and challenge young athletes to be successful while competing with integrity. Celebrities Joe Dumars (namesake of the NBA’s Sportsmanship Award), Mark Henry (WWE Hall of Famer), Lacey Henderson (Paralympian, 2016 Paralympic Games), and Lance Blanks (former Phoenix Suns GM, Texas Longhorn Standout) led the way in working with these athletes at the event, all of them demonstrating excellence between the lines and outside of them. 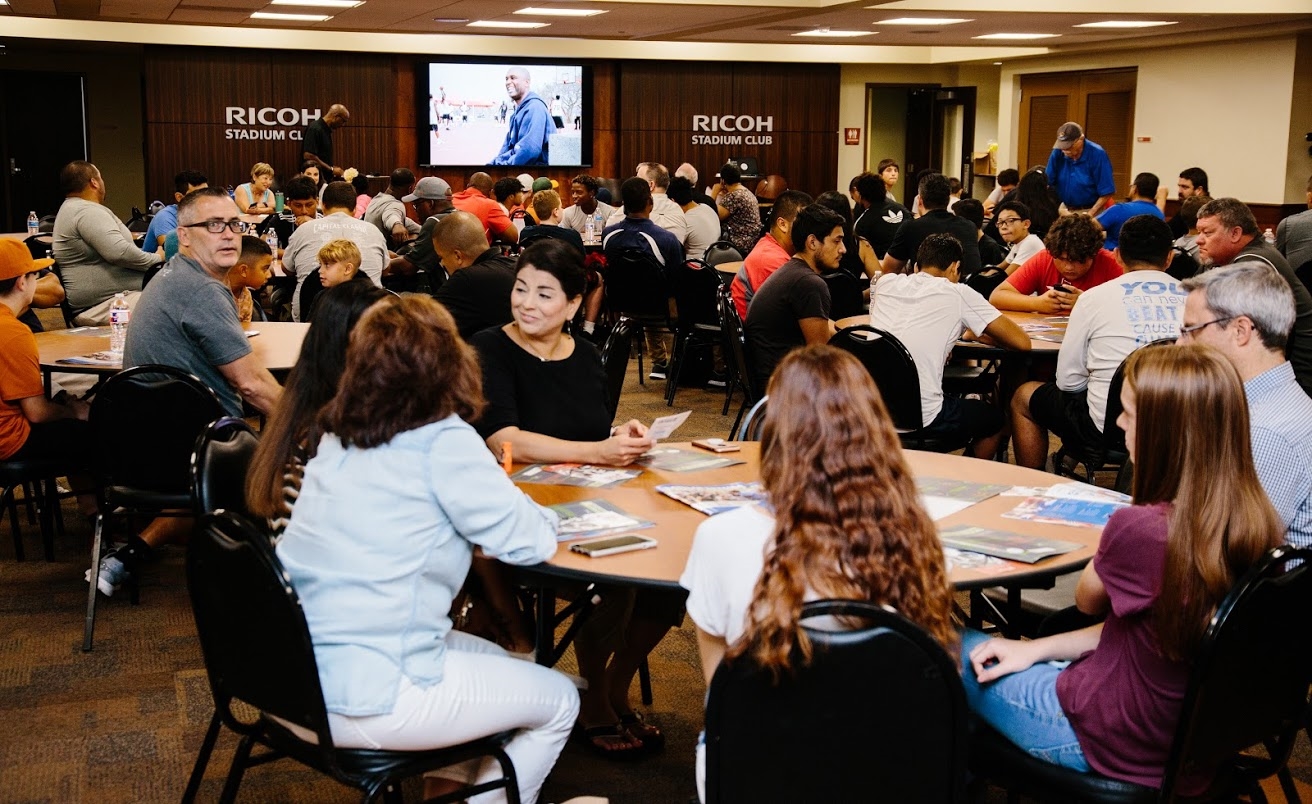 In the stadium club-filled room, Joe Dumars talked with his best friend Lance Blanks about growing up the youngest of seven and how that shaped his illustrious NBA career. Students were curious to know if Dumars was really the only NBA player who could defend Michael Jordan. Dumars answered, explaining that Jordan “thrived on guys who came out and talked (trash),” Dumars said. “I made a decision early that no matter what he did on the court, good, bad or indifferent, I wasn’t going to react.” 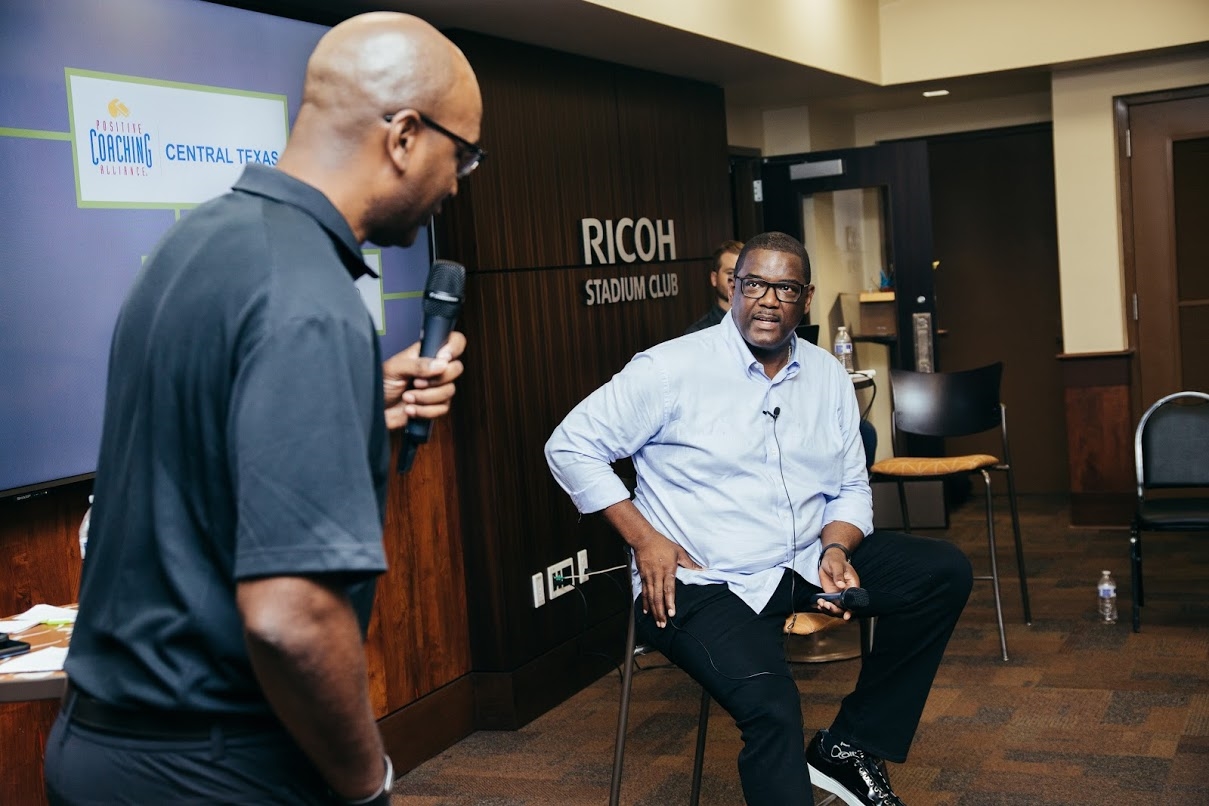 Joe Dumars, Mark Henry and Lacey Henderson, three athletic greats from three different generations, all had the identical message for the nearly 200 attendees in the room- it all starts at home. Dumars was quoted saying, “Be humble. Be humble. Be humble. I heard this every day at home." Dumars learned humility early on. But he also went on to say, “I don’t want kids to think being humble means you can’t be a fierce competitor. You can be both.” 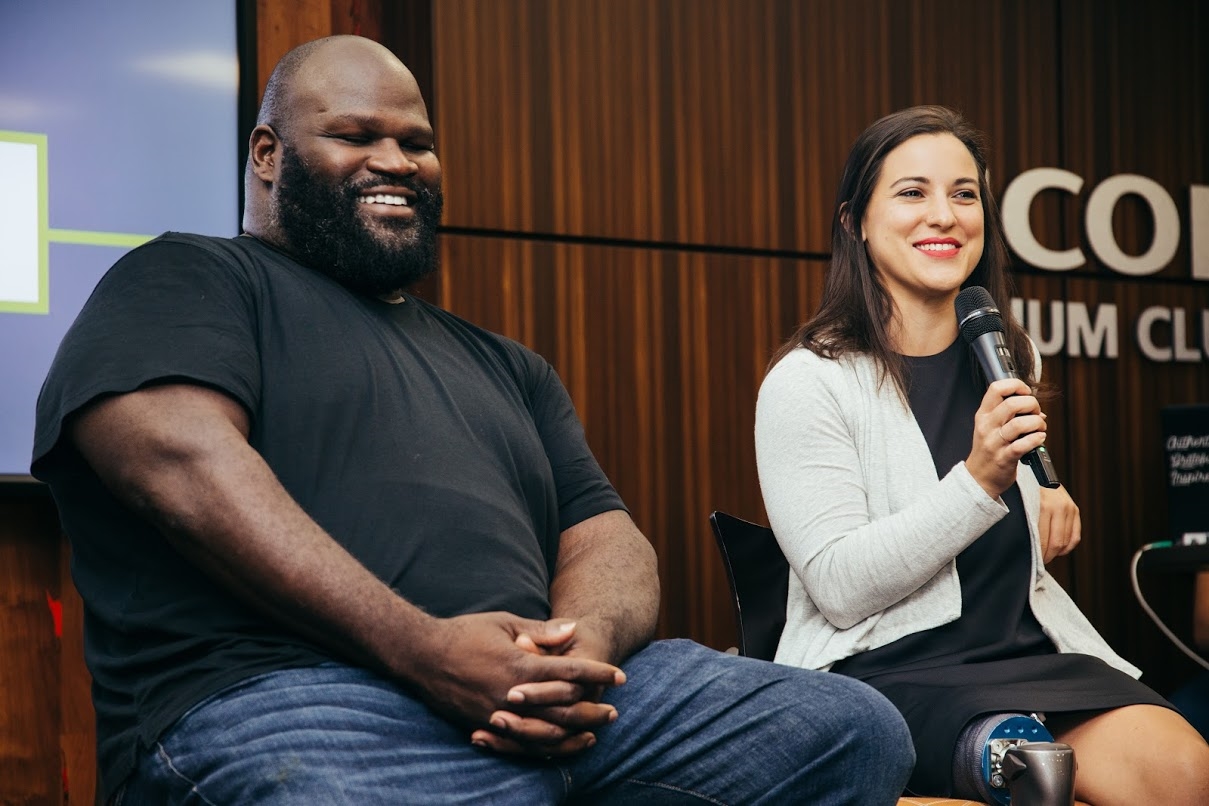 Other topics covered by Henry and Henderson included overcoming adversity, and developing a never quit attitude. As Henry so powerfully expressed, “You cannot look in your coach’s face ever again and say, ‘I’m tired. I’m hurt. I don’t want to do it,’” he said. “Lacey lost a leg. Challenge yourselves as athletes from today on to be better. I want PRs from you guys. This is an Olympic athlete with one leg.” This event, unlike any other, was not just celebrity driven. PCA led breakout sessions with athletes, coaches, and parents, with PCA trainers Joe Terrasi, Jodie McGarity, and Randy Youngling leading the sessions. The entire football program from Travis High School participated. The sessions with the athletes focused on why the right way benefits both you and the team. Both Mark Henry and Lacey Henderson participated in this conversation with the athletes. 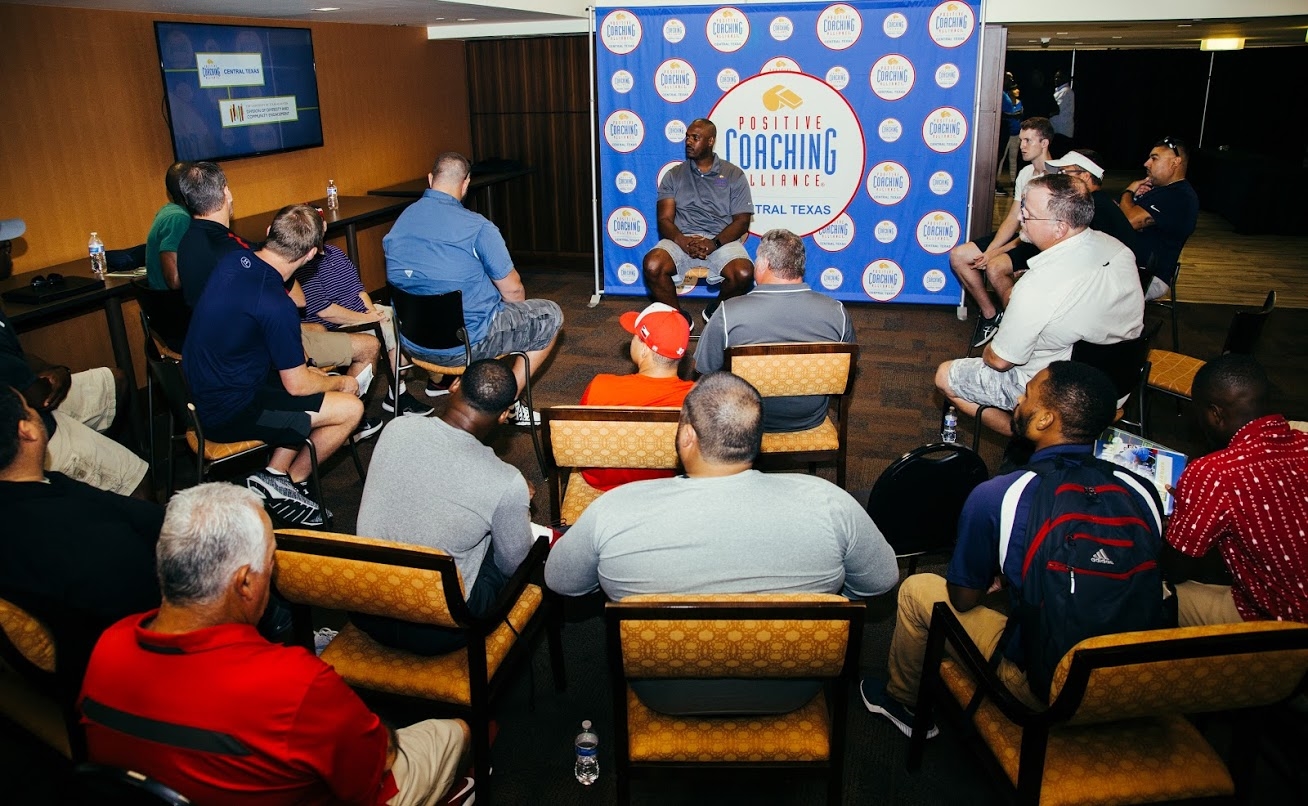 All attendees were thrilled to participate in the event, but none more than Joe Dumars, who said, “I’m honored to be asked to come down to Austin and be a part of such a wonderful event. I support Positive Coaching Alliance and I’m a huge supporter of Trennis Jones (PCA-Central Texas Executive Director). Trennis and the Jones Family are some of the classiest people you’re going to meet and I will always support them. Lance Blanks and I have been best friends for 25 years, so my connection to Austin Texas runs deep.”

Thank you to Joe Dumars, Mark Henry, Lacey Henderson, our supportive Board Members and Leadership Council, the University of Texas Division of Diversity & Community Engagement, and our media sponsors, The Horn and SportsXpress Austin for making this event a success. See all the photos from the event Prior to the event, Mark Henry, Lacey Henderson, and Trennis Jones appeared in a segment on Spectrum News The event was covered by the Austin-American Statesman The event was also featured on SHN Sports