Positive Coaching Alliance – Central Texas hosted its 2nd Annual Reclaiming Youth Sports (RYS) event on the evening of August 3rd, 2019. The event was held in the University of Texas Club within iconic Darrell K Royal – Texas Memorial Stadium in Austin, TX. The idea that created this event is based on allowing kids, coaches, and parents to interact with athletes that have competed at the highest level and maintained their integrity throughout.

As a high standard was set last year, the featured guests for the 2019 version did not disappoint. Attendees were greeted by the NBA’s Best Mascot, The Coyote, and the event was led off by Austin FC President Andy Loughnane. As Austin FC builds to start playing in 2021, their commitment is deeper than just wins and losses. “I will tell you guys, as tell our Academy players”, Loughnane shared. “This not about winning, it’s about development. Through sport, we can grow into better human beings.”

“The World’s Strongest Man”, Mark Henry, was part of the inaugural Reclaiming Youth Sports event and he surprised the guests with an appearance in year 2. His investment is deep in the Central Texas community and that is based on those who provided for him when he was young. “We need to respect and honor the people that sacrificed themselves for us…my folks and my coaches, they didn’t have much, but they gave it to me. I was not going to let them down.” 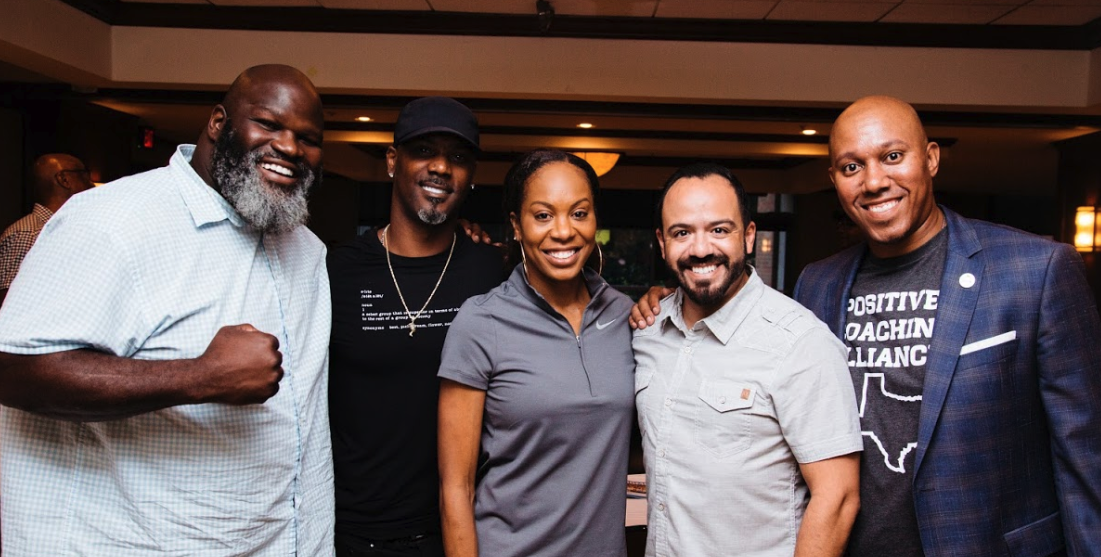 As part of the program, PCA’s partners in attendance were asked to share one term they hope is used to describe their work and why that characteristic is so important. “Values”, said Spurs Vice President and PCA – Central Texas Board Member Joe Clark, “that’s our foundation, that’s our pillar…it’s important not only to develop values, but to act them out and do it on a day-to-day basis.” Spurs Sports and Entertainment (Silver and Black Give Back) proudly serves as PCA-Central Texas’ Founding Partner. 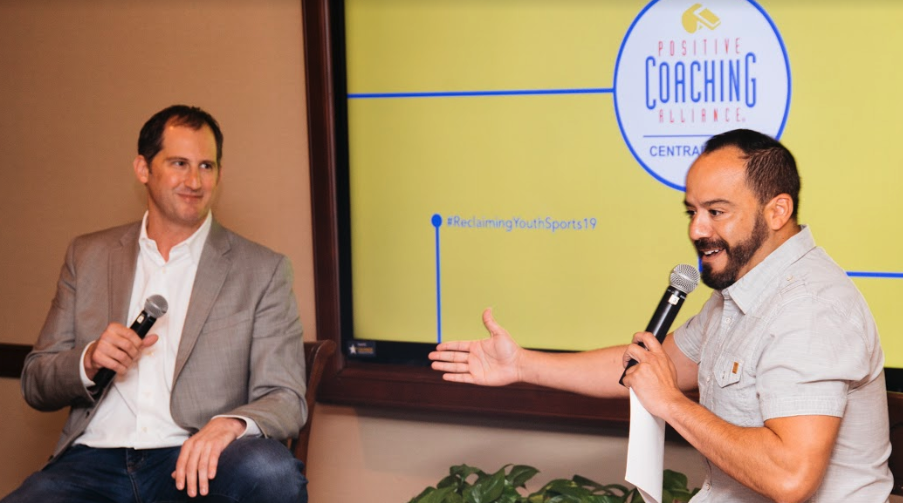 The evening was concluded by a candid and inspiring conversation by Texas Longhorn Power Couple: 4x Olympic Gold Medalist Sanya Richards-Ross and 2x Super Bowl Champion Aaron Ross. As elite athletes, they have brought out the best in one another and equate the success they had professionally with the positivity their relationship provides. “I was very blessed to have people in my corner that had great energy and really loved me”, Sanya said. “You all talk about that a lot with the Positive Coaching Alliance, it’s about trusting the people that you surround yourself with to do their part.” The Ross Family’s willingness to give back to their community connects to seeing themselves in the kids of today. “I believe that 2 things that kids like I was are lacking is experience and exposure, that helps us dream”, Aaron shared. “I make sure to give back to pull kids to the side and mentor, I’m passionate about that.”

Before guests left the UT Club, PCA Trainer Will Goodloe took the entire group through his “Energy Stick” exercise. It represents the power all of us have, if we stay together. It’s bigger than just sports, we are developing “Better Athletes, Better People”. View the full photo album from the event