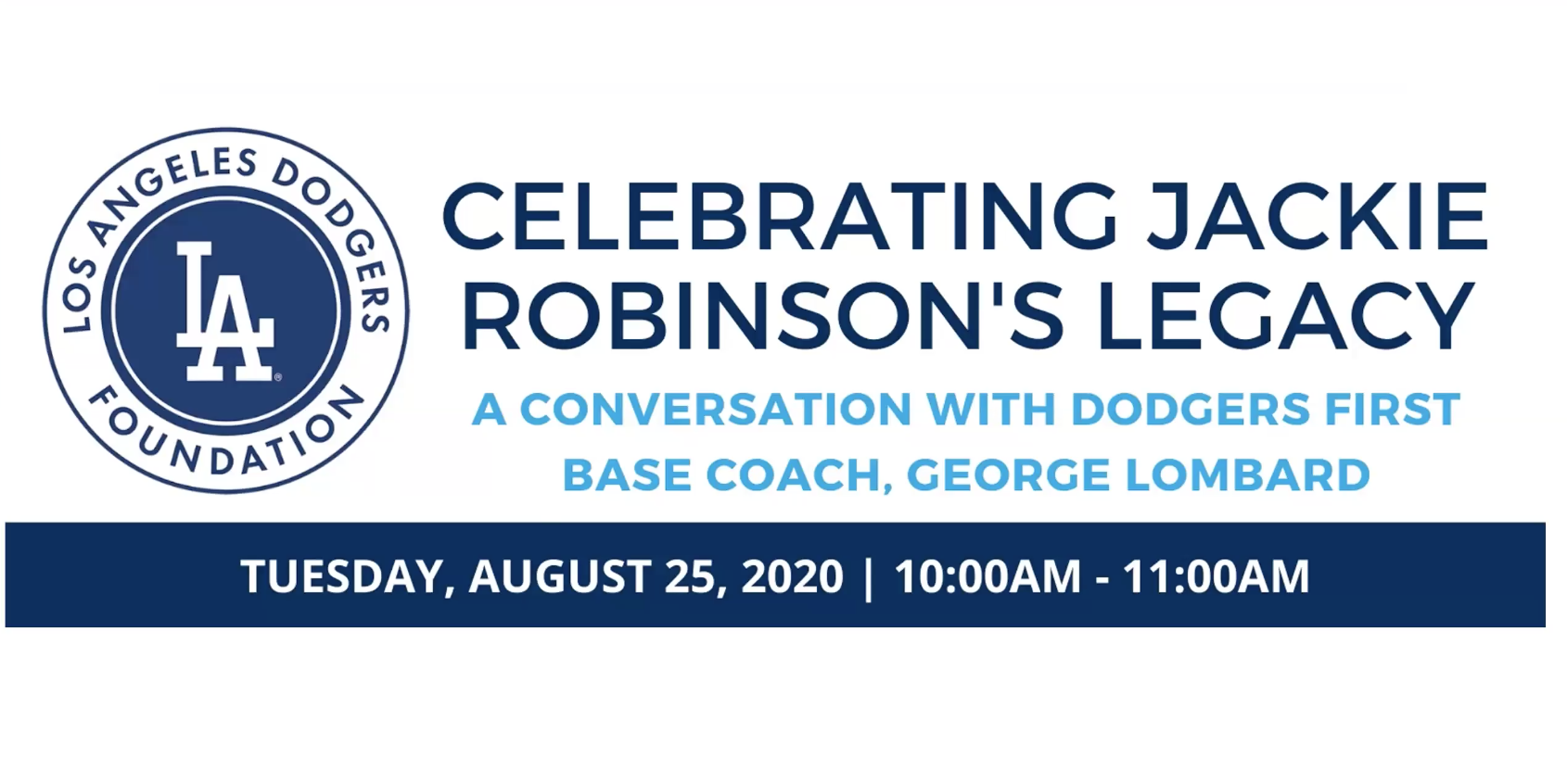 On Tuesday, August 25, the Los Angeles Dodgers Foundation hosted a conversation with George Lombard, the Dodgers First Base Coach. The goal of the event was to celebrate and remember the legacy of Jackie Robinson as part of the lead-up to MLB’s Jackie Robinson Day on Friday, August 28. The interview was moderated by PCA’s Marti Reed and multiple Jackie Robinson Scholars also asked questions.

The conversation began with George introducing himself and talking about how the experiences in his past have shaped him. Much of the conversation centered on his mother, Posy Lombard (learn more about Posy's story here), a white woman whose father was the dean of Harvard. She made the choice when she was college-aged to go South and protest the racial injustice she was seeing. When George was 10 years old, his mother passed away and he and his siblings moved in with their father. George turned to sports to be the positive part of his day. He went on to be an All-American in baseball and football while in high school and played baseball at the University of Georgia. He was drafted by the Atlanta Braves which started a 16-year playing career. Now, he is in his 5th year with the Dodgers after coaching with the Red Sox for 6 years.

After the introduction, the conversation shifted to how Jackie Robinson’s legacy and history has impacted George in his playing career and activism. The two characteristics of Jackie that George highlighted were his will to make it happen and his courage to not fight back. George mentioned that during his time in the minor leagues, he would hear racist and insensitive comments and he drew on the courage of Jackie Robinson. Experiencing these taunts also showed him there still needs to be change and we all have the responsibility to participate in that change. He completed this section of the conversation by sharing that he has been continuing to look for ways to balance being a coach who is focused on his players and also being a citizen with a duty to help create change. He’s landed on two main focuses – wearing black shoes with his uniform to draw awareness (an idea from Texas Rangers Manager, Chris Woodward) and sharing his and his mother’s story.

While sharing his mother’s story, George highlighted the impact is greater because, being white, she had the option to sit out of the protests and instead decided to fight for equal rights. He shared that learning her story has showed him that we can all do more. We need to be better learners and better listeners. We need to acknowledge that for every improvement in terms of equality, there’s still hundreds of areas that have not gotten any better.

Once we’ve opened up our ears to listen and hear people, that’s when we can open our hearts and really make change and take action.

To close out the conversation, George shared a few pieces of advice.