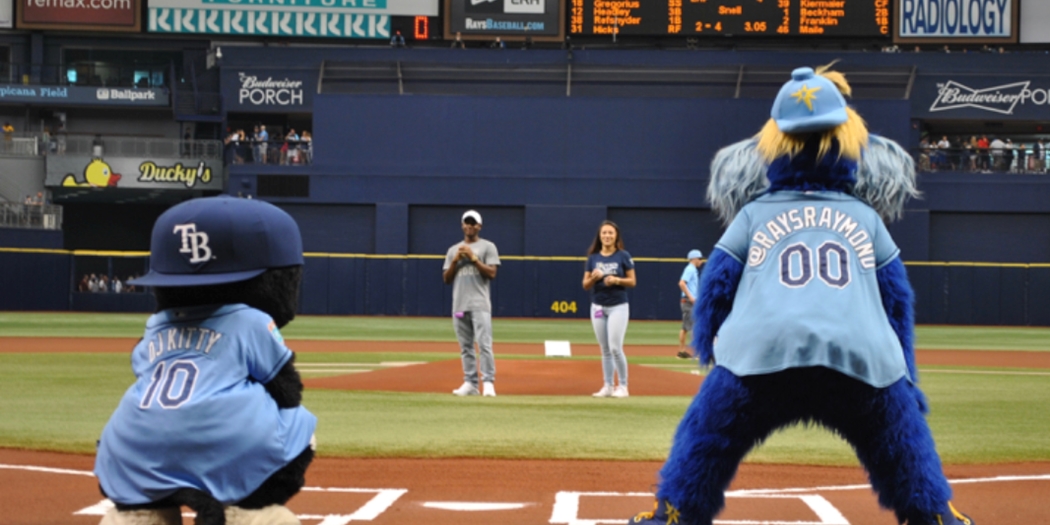 Throughout the game, the Rays highlighted this partnership that makes a significant positive impact and has allowed PCA-Tampa Bay to rapidly expand the number of youth and high school sports organizations adopting PCA principles. The success of the PCA-Tampa Bay Chapter has been made possible by the generous support of the Rays organization.

Hillsborough County Public Schools (HCPS) has set the standard for the Tampa Bay area when it comes to partnering with PCA-Tampa Bay. In the upcoming school year, PCA-Tampa Bay will facilitate a Character & Leadership Development Program in 27 HCPS high schools, educating 2,700 student-athletes on becoming a Triple-Impact Competitor®. In addition, over 1,200 high school coaches will receive PCA’s Double-Goal Coach® certification for the seventh consecutive year.

FOX Sports Sun provided detailed coverage of Rays Up for PCA Day with a live, on-air story led by Todd Kalas. This was made possible by the national partnership between FOX Sports Supports and PCA.

During the game, leadership from Pinellas County Schools (PCS) met with their peers from HCPS to discuss the support that PCA-Tampa Bay provides their respective school systems. In 2015-16, PCA-Tampa Bay held workshops for coaches in all PCS high schools and will continue to grow the partnership in future years following the HCPS model. PCS Superintendent Dr. Michael Grego and Director of Athletics Nick Grasso joined HCPS leaders sharing the positive impact that PCA-Tampa Bay has already had on the culture of the athletic and school communities.

During the game, Rays broadcaster Neil Solondz spoke with Superintendent of HCPS Jeff Eakins, Director of Athletics for HCPS Lannes Robinson, and Executive Director of PCA-Tampa Bay Mark Sakalosky about the mission behind the Character and Leadership Development Program.

To cap off a spectacular day, the game was punctuated by the Rays defeating the New York Yankees, completing a three game sweep of the division rivals…talk about RaysUp for PCA Day… the PCA Way.

Thank you to everyone who made Sunday, July 31 such an unforgettable day for HCPS and PCA-Tampa Bay!