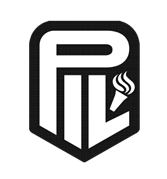 Entering the second-year of a multi-year partnership with Positive Coaching Alliance, Portland (OR) Public Schools and their Portland Interscholastic League (PIL) are implementing an Honor the Game Club for parents.

The club incentivizes parents to attend PCA Second-Goal Parent® workshops, offering members free admission to every game throughout the season, priority seating, a branded bleacher chair, a T-Shirt in support of their team and recognition in pre-game announcements as members of the Honor the Game Club. The club was in full effect at the PIL Basketball Showcase tournament, Jan. 28-29.

Every athlete wore a "Better Athletes, Better People" warm-up shirt, Honor the Game Club announcements ran during halftime and other breaks in play, and Tips for "Honoring the Game" served as the back cover page for the program handout given to every attendee. Parents proudly toted their bleacher chairs to sit comfortably and cheer positively. It was a day of message bombardment and commitment to a renewed league culture.

"It was awesome to see the community starting to form around the lessons learned in the PCA Parent workshop,” said PIL Athletic Director Marshall Haskins. “I saw a parent sitting in a bleacher chair tap another on the shoulder and say, ‘We don't do that....remember the PCA class?’ "

The goal of this partnership is to create a common language and mindset amongst the coaches, players, and parents of the PIL. All coaches have attended two PCA workshops. Athletes across every PIL sport have attended Triple-Impact Competitor® workshops and are engaged in a monthly curriculum focusing on one PCA core value or culture-shaping tool.

Other new plans include online coach discussion forums. Many PIL coaches do not work in the building daily so this allows each Athletic Director an easier, less time- consuming way to generate discussion, share ideas, and provide support to the school community.

“It’s all about competition, learning from those lessons on the field, and making them become life lessons that stick with our student-athletes long after they leave high school,” Haskins said.

Athletics can be an essential piece of a student’s educational experience. Implementing these ideas or new mindsets takes time, but in doing it piece by piece it feels natural and becomes commonplace across all sports and schools.