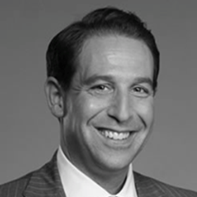 Michael is committed to help PCA - New York City further serve schools and youth sports organizations throughout New York City and surrounding counties, including those in New Jersey and Connecticut.  Michael noted, “My life and professional career were guided by my involvement in sports along with mentoring and coaching that I received dating back to youth sports.”  Michael played Division I Varsity Baseball while attending Fairfield University, was a multi-sport athlete throughout his childhood and a few years ago he tested himself competing in and completing an IRONMAN 70.3® event.

PCA - New York City, Executive Director, Darrell Johnson noted, "Having someone of Michael's professional and athletic pedigree join our movement is an amazing coup for PCA. Michael is someone who truly espouses what it means to leverage the positive lessons gained from sports into other facets of life."

In addition, the New York Yankees Foundation provides a grant to allow Positive Coaching Alliance to work with New York City’s Public School Athletic League, and also offers a multitude of other resources, such as media to help amplify PCA messaging.