PCA-New York City Chapter Executive Director Darrell Johnson went on-air to discuss his passion for the PCA movement with Robin Pastore, noting the role the mentors and coaches played in his life as he grew up in public schools in the Bronx. The role these coaches played contributed to Darrell wanting to give back to sports in his role as Executive Director to change the culture of youth and high school sports in the tri-state area.

To listen to the full segment and learn more about how PCA-New York City works to create better athletes, better people, click below:

Robin Pastore is the host of Happy And Healthy at Any Age, is a youth coach, and won two 2017 Connecticut Press Club awards for excellence in broadcast journalism as the producer and broadcast Journalist at WGCH 1490 AM: "The Voice of Westchester & Fairfield counties. Streaming live anywhere." 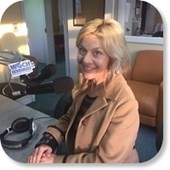