Thirteen coaches from around New England with experience coaching baseball, basketball, field hockey, football, golf, hockey, soccer, softball, swimming, tennis, wrestling and more gathered to share best practices, lessons learned, favorite memories, and advice for coaches, parents, and kids. Joining this first-ever event was Harvard Women’s Hockey Coach and PCA National Advisory Board Member Katey Stone. Coach Stone shared one of her early favorite sports moments, how at age 7, she became the first girl to play organized hockey in Connecticut. She arrived at the rink at sunrise for practice and told the surprised coach that “my father said I could play.” And she did. With fruit, cheese, pastries, and mimosas, the thirteen PCA award-winning coaches had the opportunity to re-connect with one another and with PCA staff and friends. PCA also provided food for thought, with every coach going home with a copy of the book Powerhouse signed by US Women’s National Soccer Team veteran, 3x Olympic Medalist, 2x World Champion, Hall of Famer, and Author Kristine Lilly or Proud signed by Olympic Medalist (Fencing, Rio), Entrepreneur, Advocate, and Author Ibtihaj Muhammad. 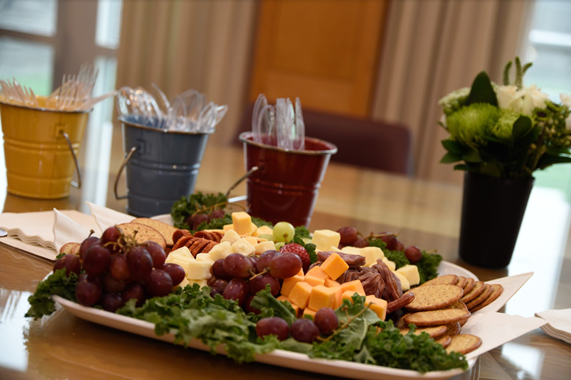 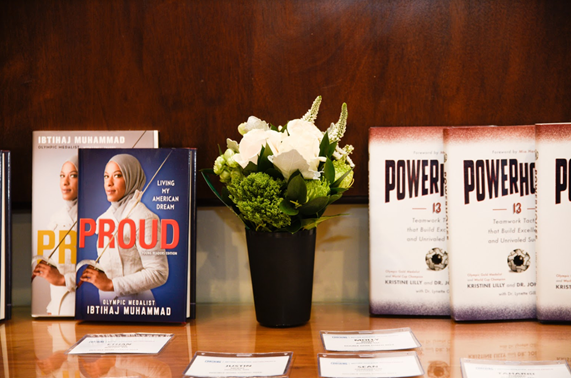 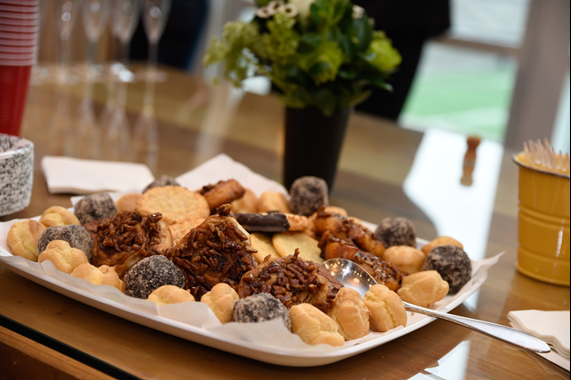 Here are just a few of our favorite moments from the celebration: SEAN HARRINGTON, 2011 National Award Winner, Former Harvard Assistant Wrestling Coach, Coaches wrestling in Pelham, NH. Sean said he coaches because he loves watching kids transform, grow, and learn saying “if you look beyond the wins and losses, as a coach you can really see the impact you have on each kid as a person.” SHAWN SULLIVAN, 2013 National Award Winner, PCA/NE Board Member, EVP/CMO Boston Celtics, Youth Basketball and Football Coach in Scituate, MA, and Reunion Panelist. Shawn’s favorite coaching moment was watching the team of youth football players he coached from 2nd through 8th grade, who never made the playoffs, come together in high school to win the state championship. Shawn’s advice for parents coaching their own kids is to “teach kids to love the game, and try to abide by the 24-hour rule—let 24 hours go by before discussing the game and give kids the chance to come to you first.” CHRISTIAN APPLEMAN, 2015 National Award Winner, PCA Trainer, UConn Head Men’s Tennis Coach, Coached Youth Basketball in Guilford, CT. Christian said that he coaches “to give a player ‘that moment’ they will remember 20 years later.” As a PCA Trainer, he finds it rewarding to hear from young people about how the message resonates with them. Coach Appleman shared a recent example of a young athlete who told him she is inspired daily by his advice to “chase immortality.” MAURICE CORDY, 2015 New England Award Winner, Former Lynn Pop Warner Championship Coach, and Lynn Vocational Technical High School Football Coach. Maurice shared his overwhelmingly successful record as a Pop Warner coach, and described one of his favorite moments as coaching a girl who earned the respect of all her opponents in the playoffs in Florida. 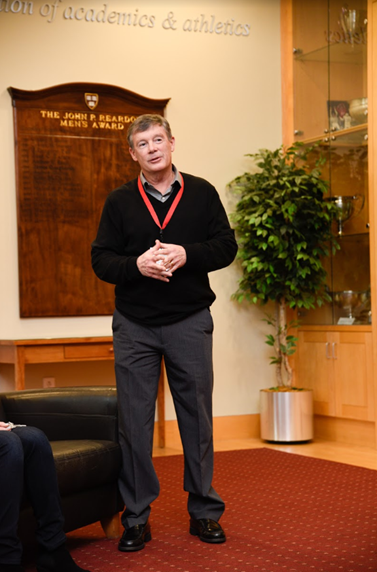 CHRIS MIRA, 2015 New England Award Winner, Greens Farms Academy Soccer and Golf Coach. Chris shared that one “exceptionally special moment was when his team won both a championship and a sportsmanship award in the same season.” Chris explained that another special moment was receiving a letter from a former player telling him that she is now teaching her son the lessons Chris taught her. 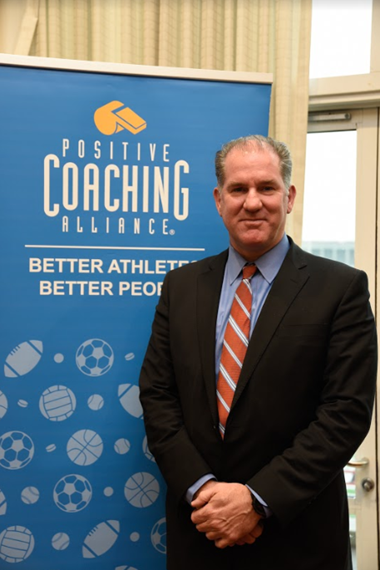 JOHN CARROLL, 2016 National Award Winner, Northfield Mount Hermon Basketball Coach and Reunion Panelist. John described the NMH basketball program he coaches as “a leadership academy disguised as a basketball team” and shared the power of a team culture in which players compete to give the best effort, rather than competing to be the best individual player. Observing a lack of resilience in many young athletes, John’s advice is to “give young athletes more decision-making responsibility (meaning don’t call every play!) and let them work through mistakes and challenges.” 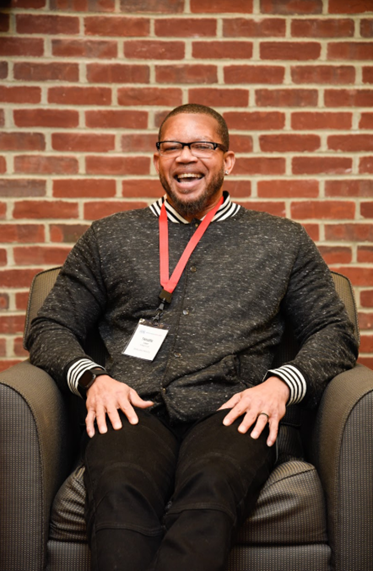 TAHARRI TURNER, 2016 New England Award Winner, Boston SCORES Soccer Coach and Reunion Panelist. To illustrate the power of a coach to change a kid’s life, Taharri shared a story about a very shy young athlete whom he selected to serve as a team captain. “The look on her face was priceless” Taharri said, and he watched her become more sociable, walking through school hallways with teammates, laughing, smiling and head held high. 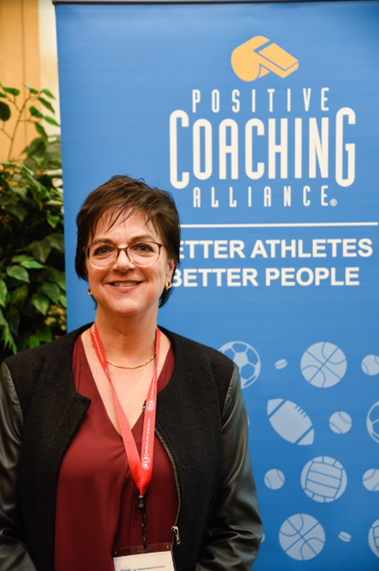 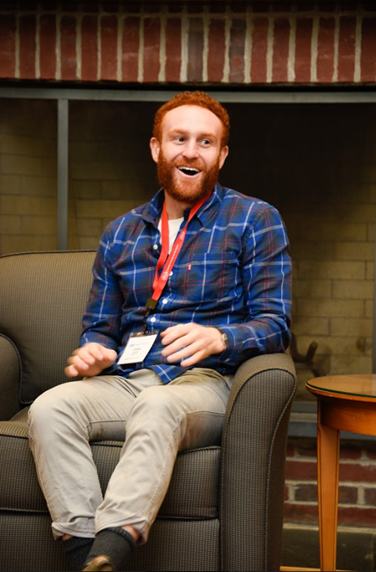 ETHAN GOLDMAN, 2019 National Award Winner, Boston SCORES Soccer Coach, and Reunion Panelist. Ethan shared that he values getting to know his players as people and that, plus some goal setting, helps his players as they develop. Ethan is a coach whose former players seek him out. Ethan shared a magical “full circle moment” when a young athlete he had coached on the soccer field, and worked with on his immigration issues, surprised him when he arrived to play on the college soccer team Ethan had just joined as a coach. FAOUZI TALABI, 2019 PCA-New England Award Winner, Scholar Athletes MultiSport Coach. The oldest of seven siblings, Faouzi “feels like he has always been a coach.” Faouzi shared coaching is meaningful to “use sports to help kids prepare for life.” 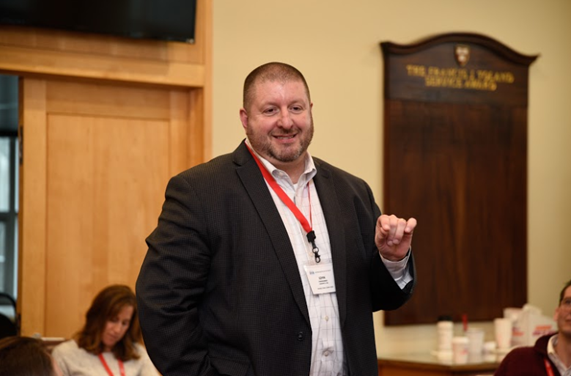 JOHN TZIMORANGAS, 2019 New England Award Winner, Youth Basketball Coach. John’s advice to young athletes was simply to “do the work” relating how in high school he played against, and was outmatched by Patrick Ewing, who went on to become a star at Georgetown and in the NBA, because Ewing put the work in picking pennies off the rim MOLLY ROSEN, 2019 New England Award Winner, Former Boston SCORES Soccer Coach, Playworks Coach. Molly shared the power of a coach who values effort. Molly’s coaching is influenced by a coach who told her she was a “pillar of character” and that her character and work rate earned her playing time. Now, Molly tells players that “to earn playing time they need to be great teammates.”

PCA recognizes exceptional coaches each year because “what gets rewarded, gets repeated.” Watch for the announcement of PCA’s 2019-20 Double-Goal Coaches in the coming weeks!

Click here for more information about our Double-Goal Coach program, including how you can nominate your coach for this award in the Fall of 2020.