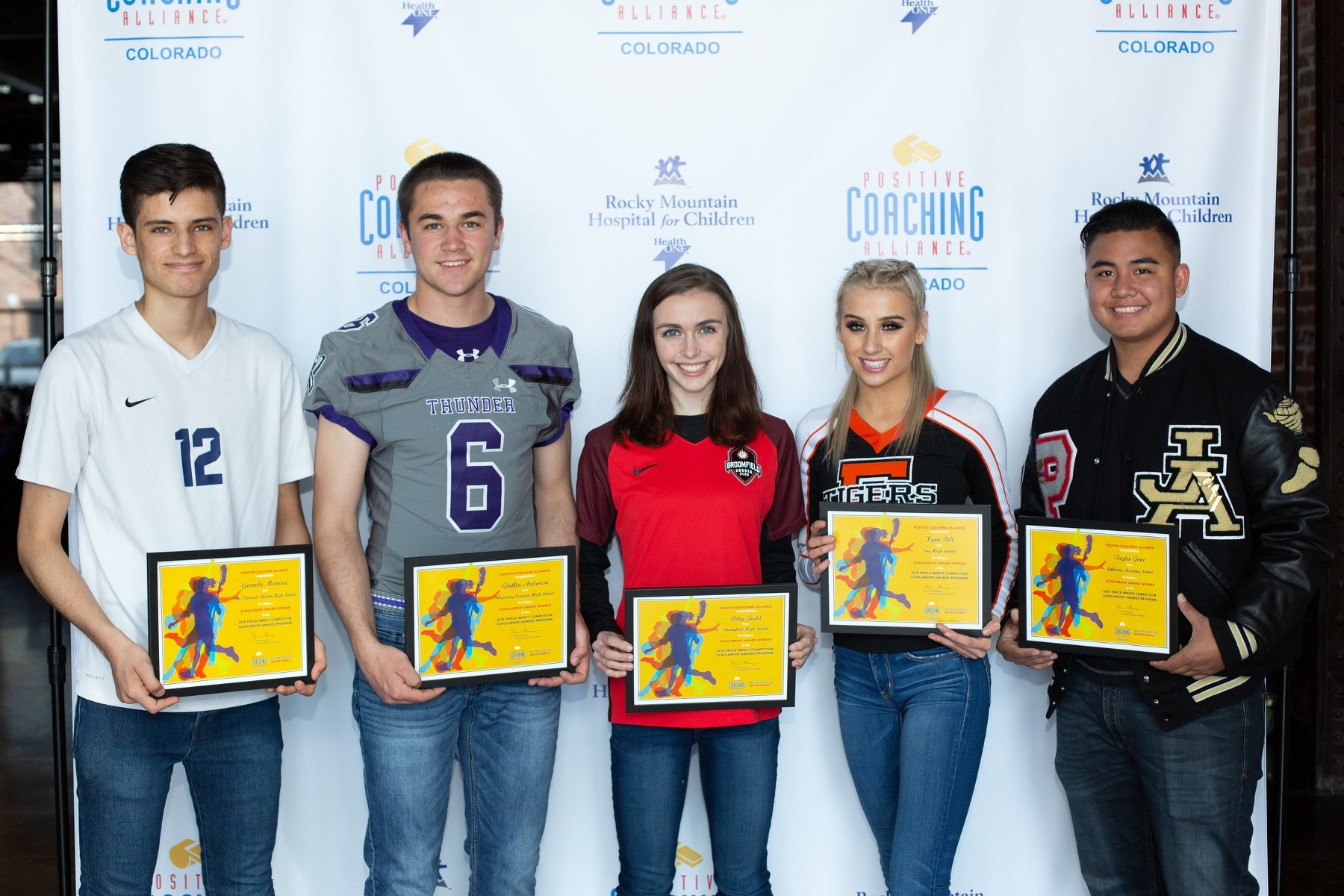 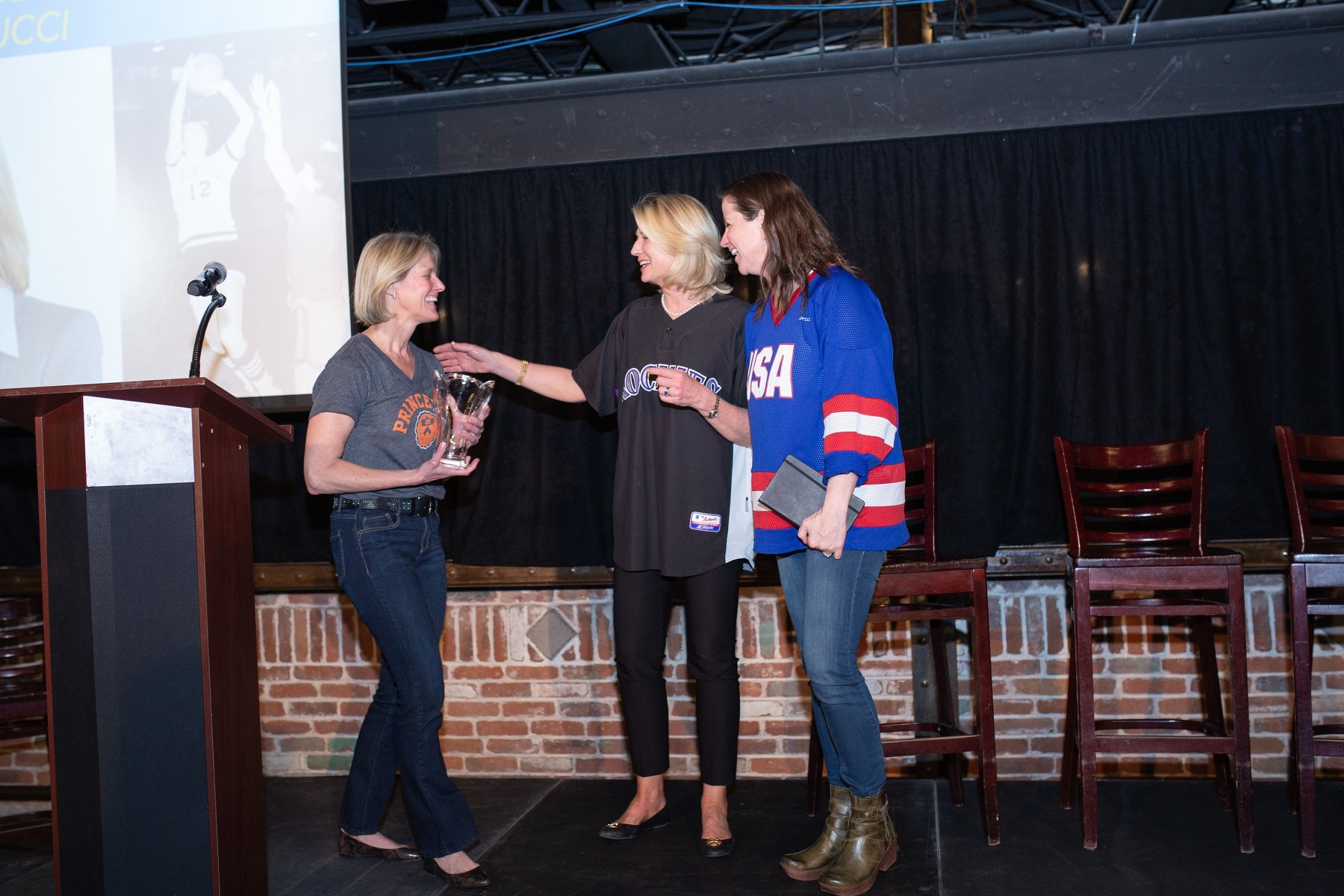 “The 2019 class of scholarship winners is exceptional.  They are accomplished on the field, court and mat, but in the classroom and in the community as well," said Tom Puzio, PCA-Colorado Executive Director.  "The event was a fantastic way to celebrate with our chapter supporters and guests and to put on display everything that is great about youth sports in Colorado.” 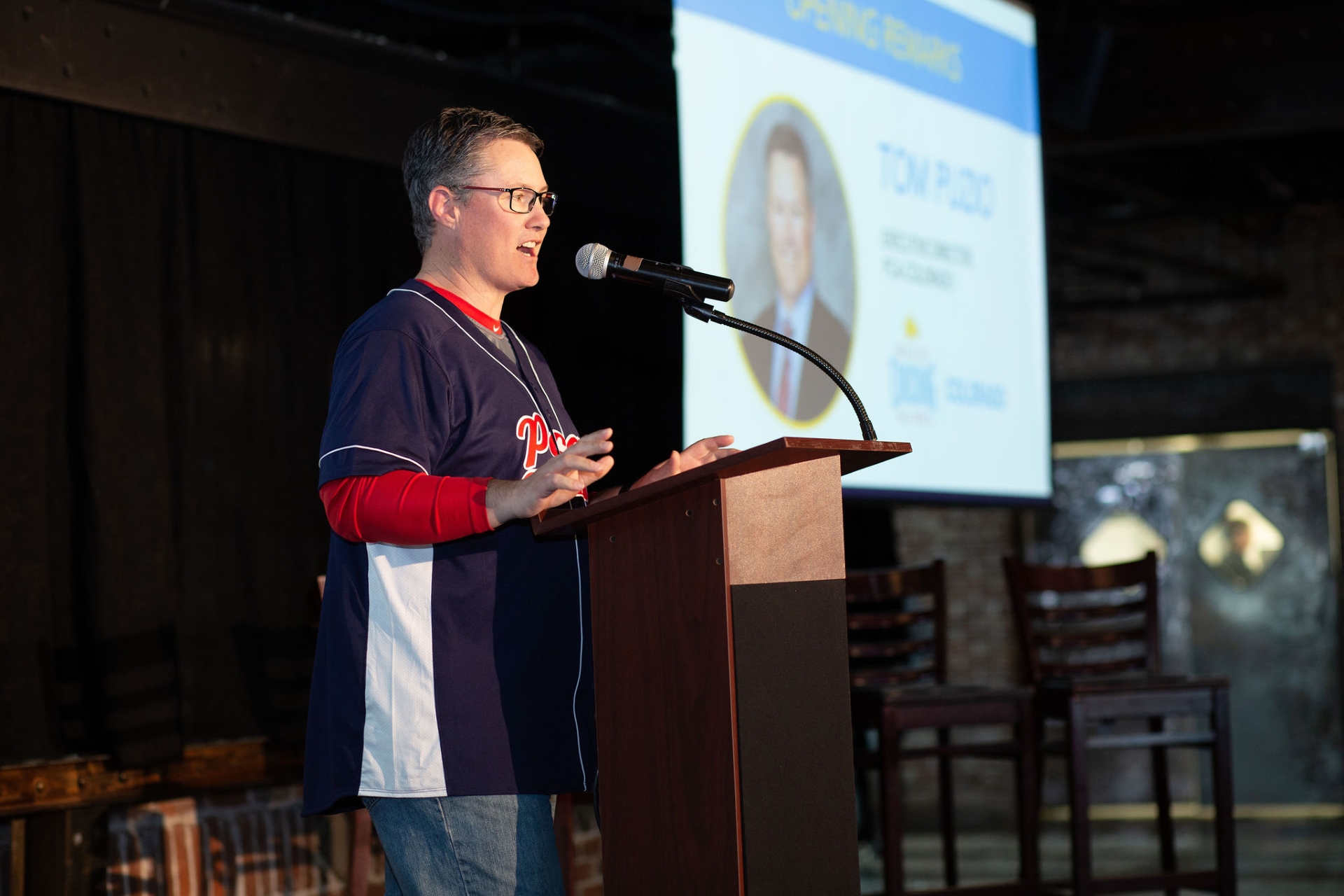 This year, PCA-Colorado honored Angela Tucci, Apto, Inc. CEO, with the 2019 Bill Daniels Excellence in Leadership Award. Before Tucci spoke, Kristin Todd, Senior Vice President of the Daniels Fund shared a few words on Bill Daniels’ legacy and the significance behind this award. Colorado Board Chapter Member and Olympic Gold Medalist, BJ Miller followed with an introduction on Angela Tucci and why she embodied the traits of this honor.

Angela Tucci described how “companies are team sports” and the three keys to success: teamwork, positivity, and “it takes a village”. She also added, “if we fail, we probably would have learned more than if we succeeded.” 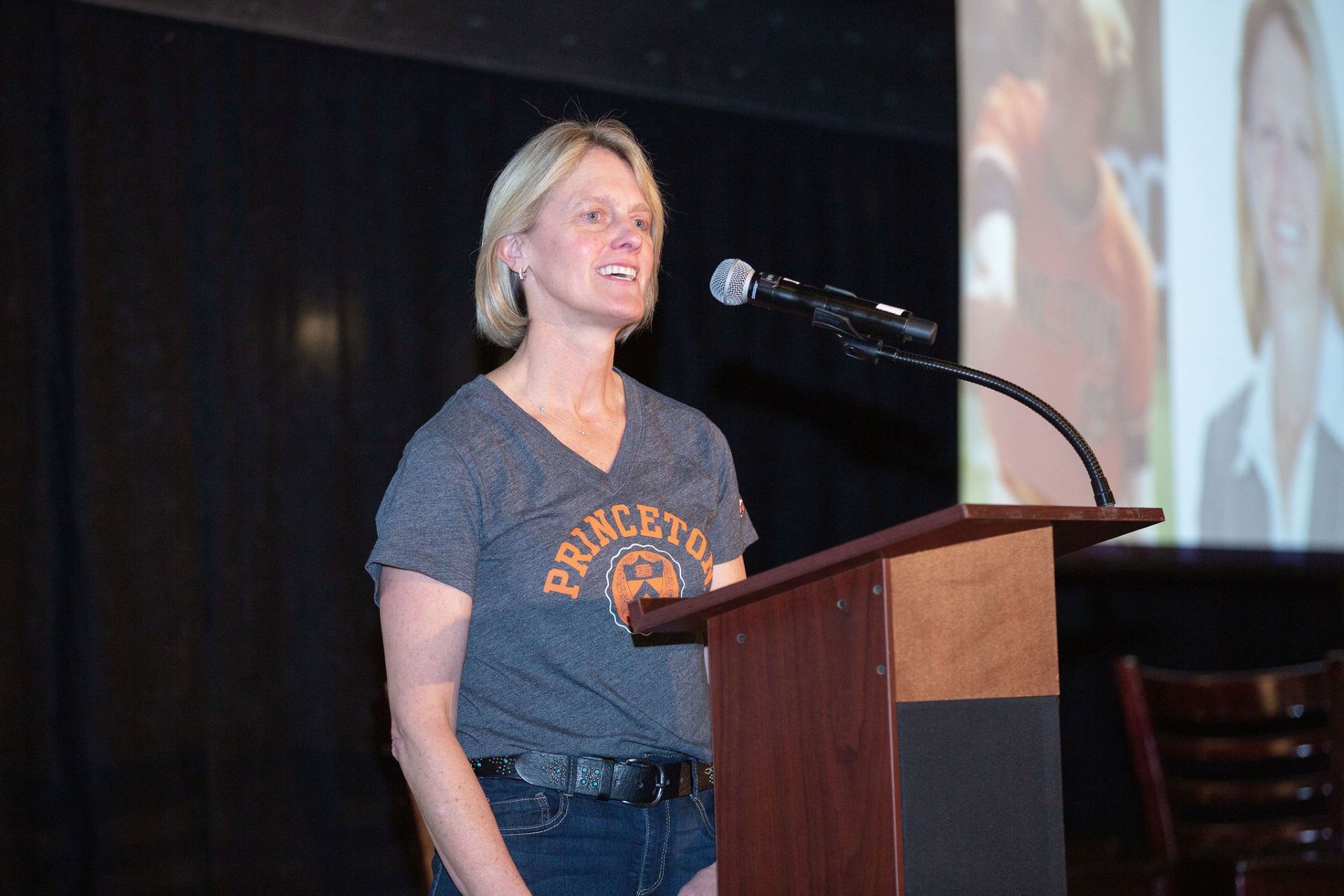 The event’s keynote speaker, Jake Plummer, former NFL Denver Broncos Quarterback and 2019 College Hall of Fame Inductee, concluded the event. Wearing his high school jersey, he spoke about his sports journey and how all those experiences, the good and the bad, built him as the leader that stood there today.  He acknowledged the TIC winners who made him feel better about the future of youth sports, and shared this advice, “Be real, be authentic, be genuine, and one more to add on there, don’t be dull.” 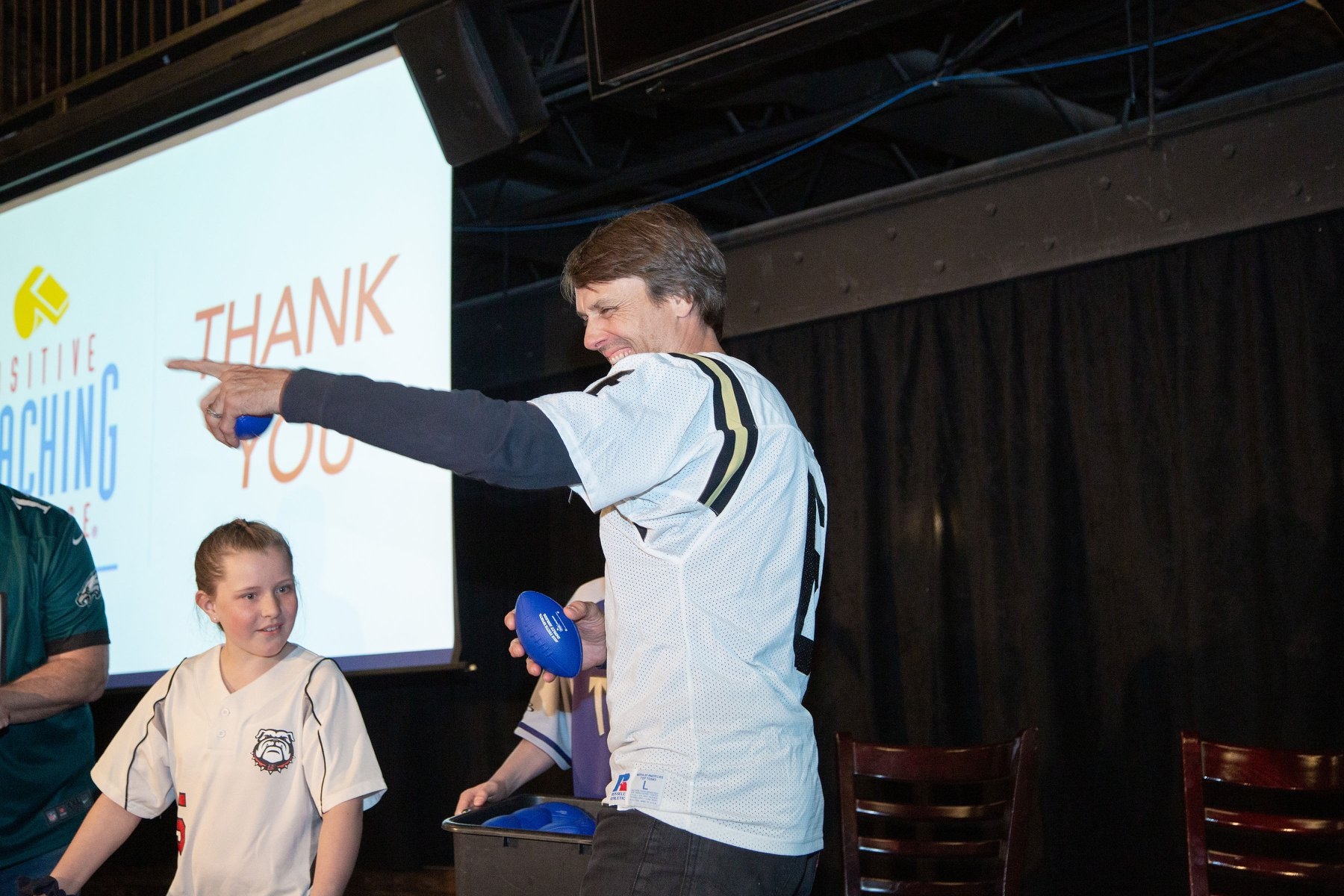 Thank you Mark Johnson for serving as the event’s Master of Ceremonies and to the rest of the speakers. A special thanks to our sponsors, donors, and volunteers for making this event possible! We are grateful for all their support along with all those who attended to help us celebrate this year’s TIC winners and supporting Positive Coaching Alliance. CLICK BELOW TO SEE MORE PHOTOS FROM THE EVENT