The cold and blustery weather outside was no match for the warmth of the passion, encouragement, and gratitude that was on display at the Music Box Supper Club on March 13, 2018, during the PCA-Cleveland Youth Sports Impact Awards. 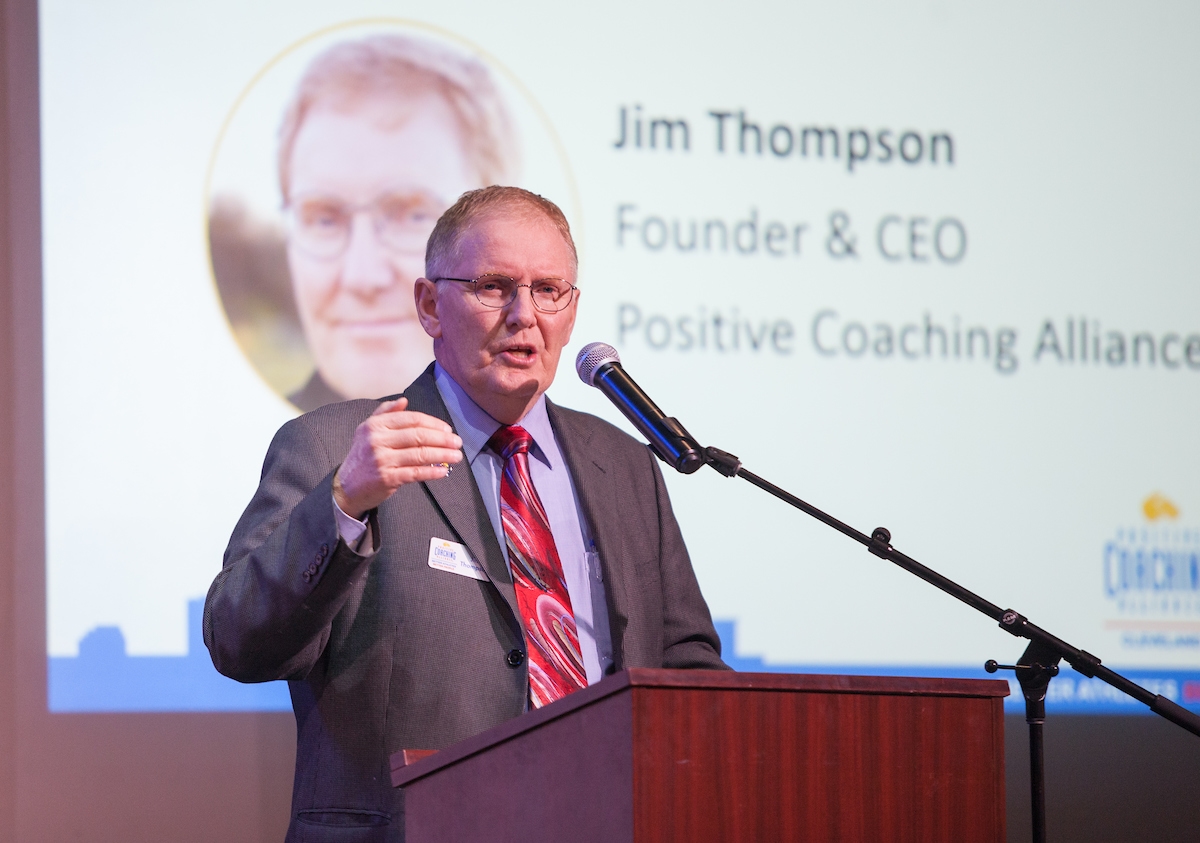 Positive Coaching Alliance Founder & CEO, Jim Thompson, kicked off the evening with some introductory remarks and provided a brief history of the organization and the importance of the “Power of Positive”.

After Jim’s remarks, two local coaches in attendance were honored for being recently named National Finalists for the Positive Coaching Alliance Double-Goal Coach Award, and one, Levi Nelson, was highlighted as one of two National Winners from the state of Ohio. 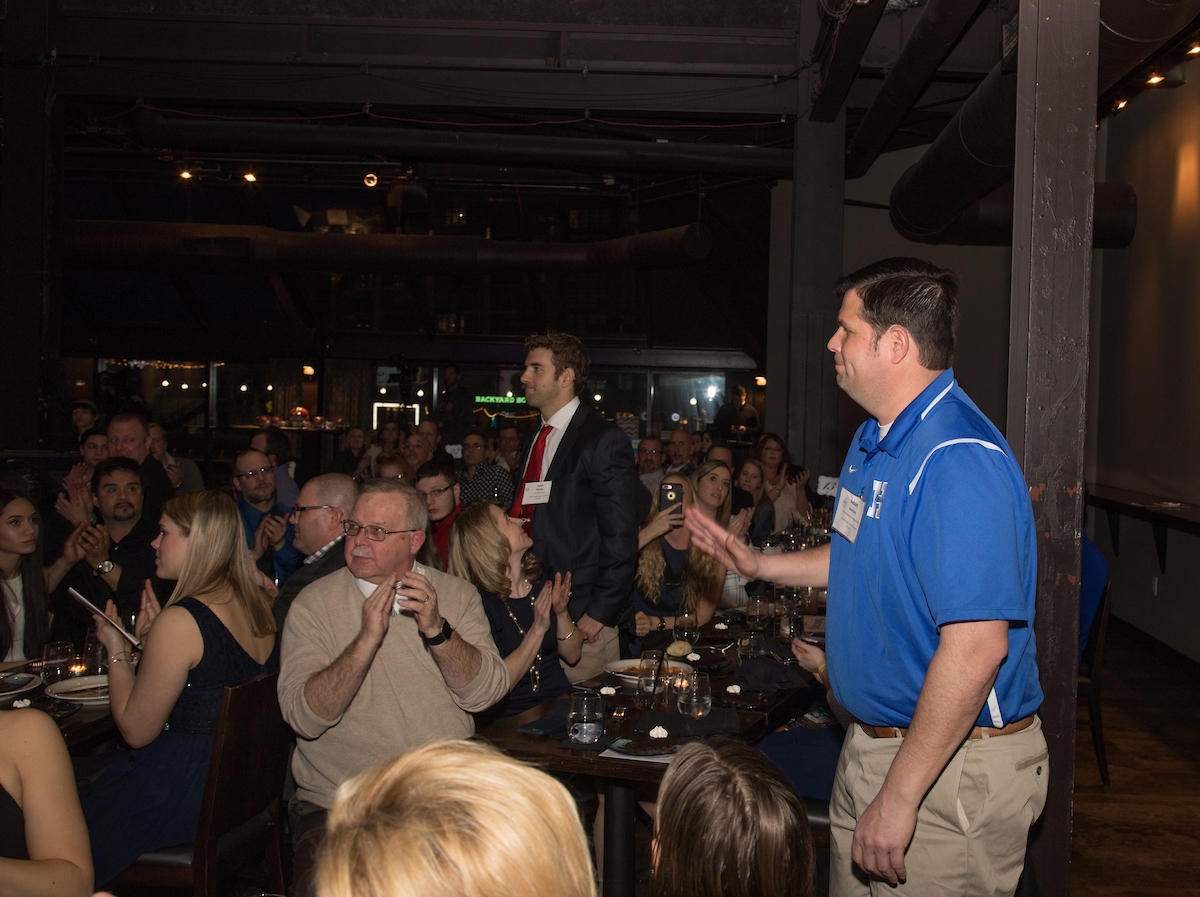 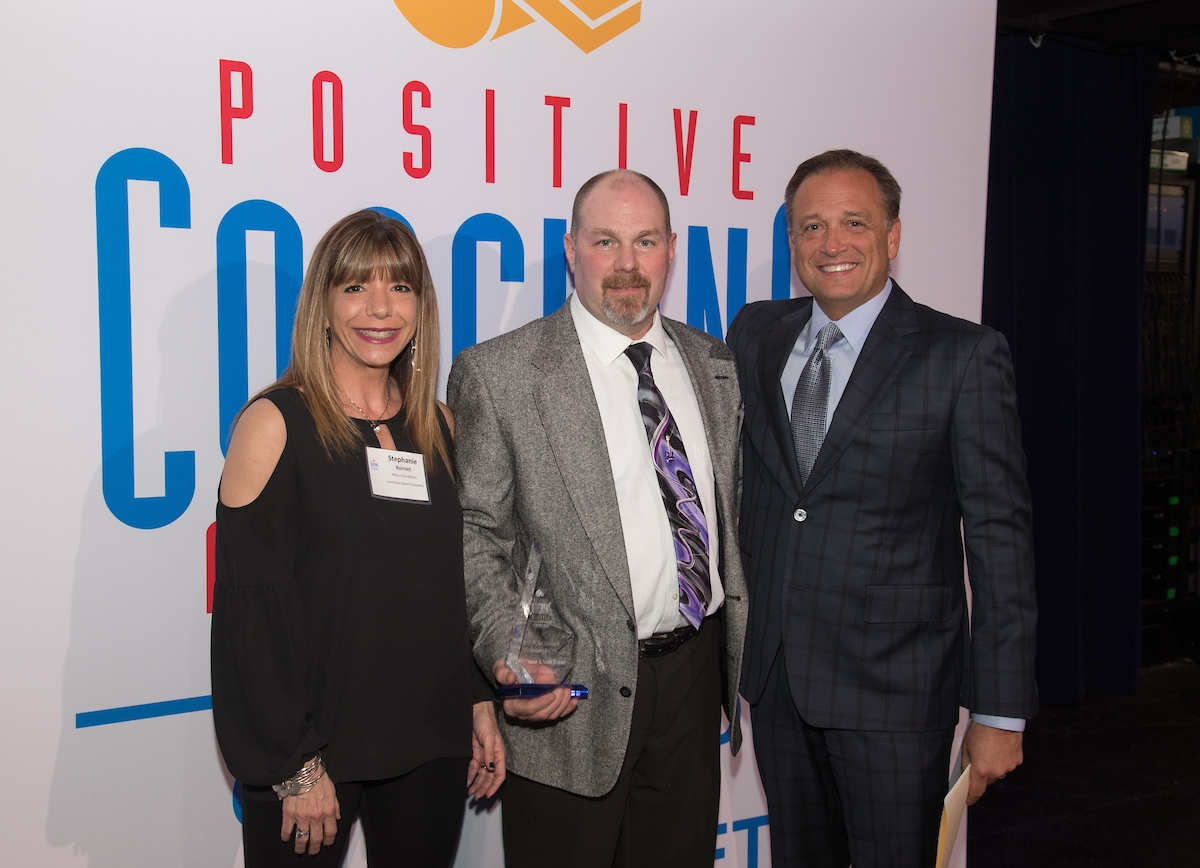 Next, Stephanie and Scott Kornet, founders of the 4Alec Foundation were honored with the PCA-Cleveland Luminary Award for the inspiring and courageous work to educate others about the importance of screening athletes for cardiac issues and being prepared to handle situations through training and the use of AEDs after the tragic loss of their son, Alec, during a high school hockey practice a year ago.

Five local graduating high school student-athletes were then honored as the recipients of the Cleveland Chapter’s Triple-Impact Competitor Scholarship Award. 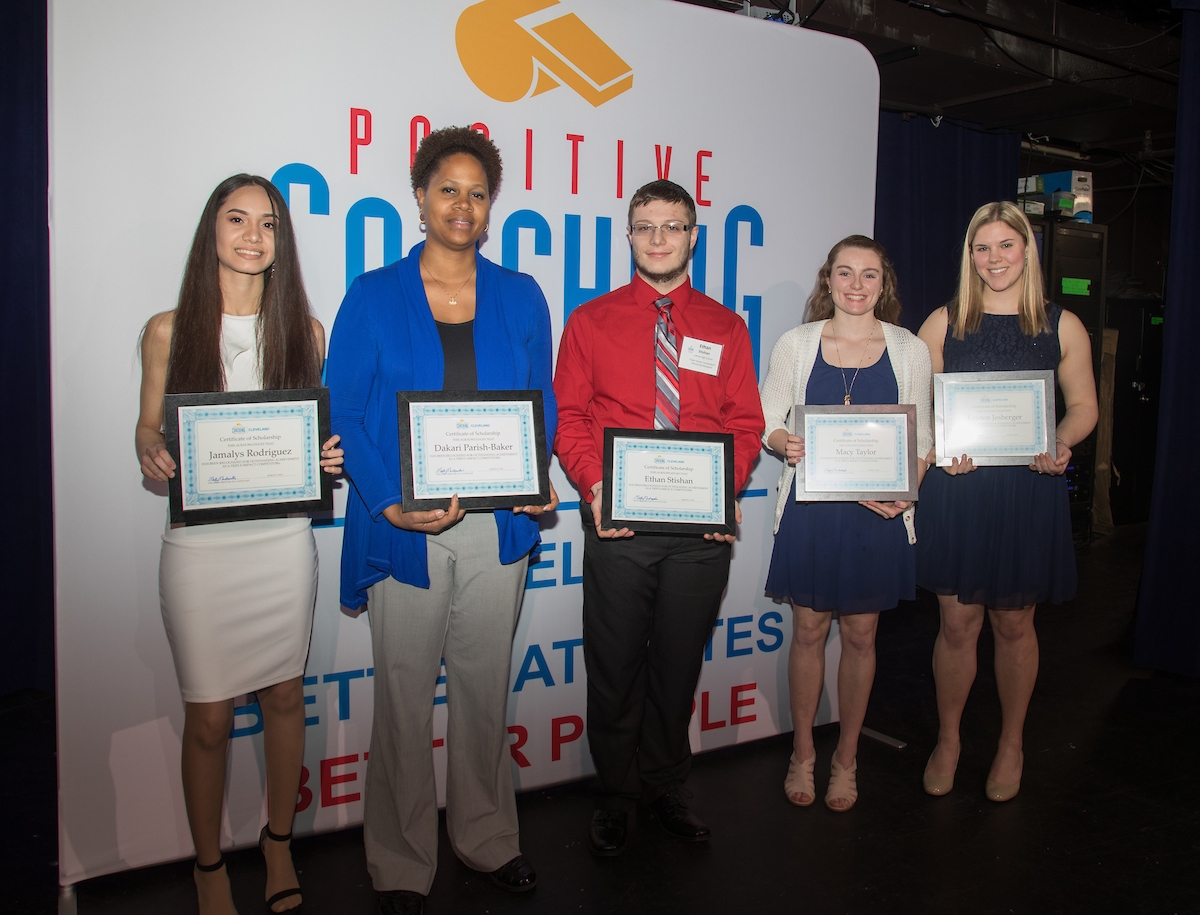 The winners were recognized for their ability to demonstrate how they have elevated themselves, their teammates, and their games, schools, and communities through sports.

Our final award-winner for the evening was VP of Strategic Adventures at the Pro Football Hall of Fame, Anne Graffice. She was the recipient of the first PCA-Cleveland Triple-Impact Executive Award, celebrating not only her contributions to the enrichment of youth sports, but the ways in which she has elevated her own personal career, teammates and employees, and our region through her work with the Hall of Fame. 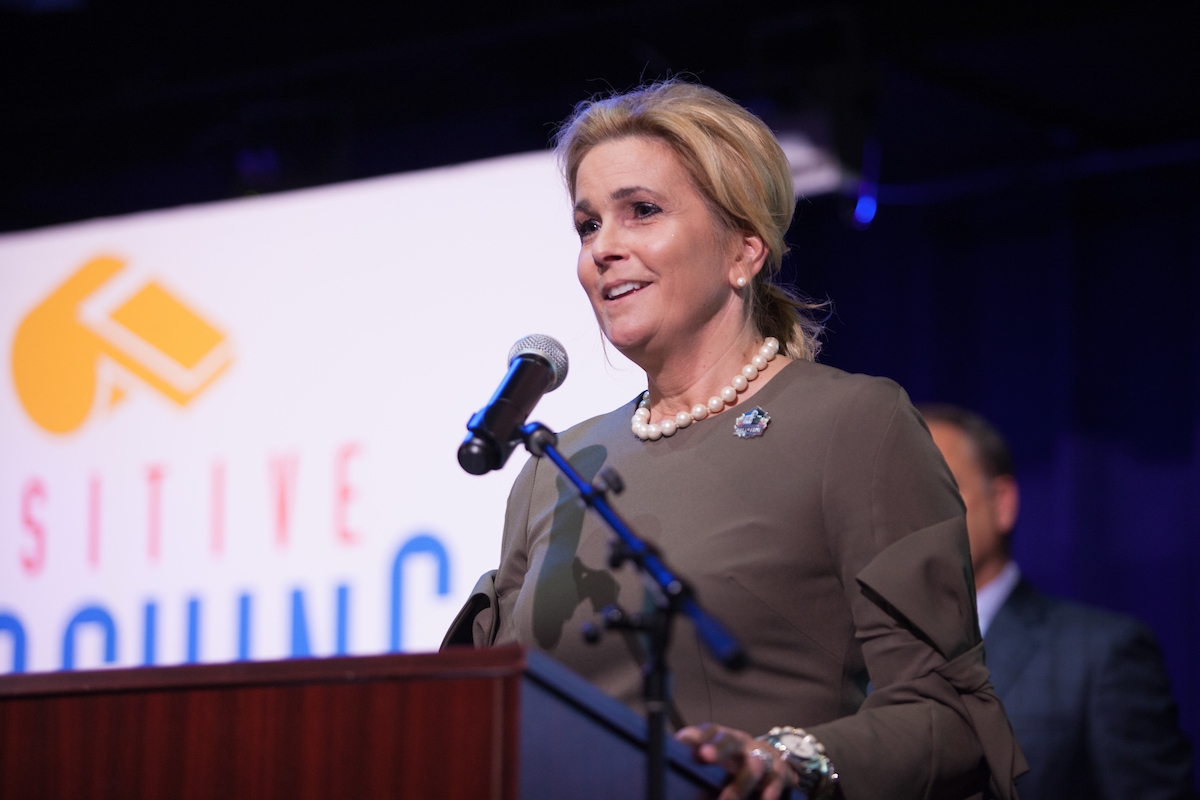 PCA-Cleveland also had the distinct honor of hosting the last public appearance of NFL great, Joe Thomas, as a member of the Cleveland Browns, as Thomas announced his retirement the next morning. 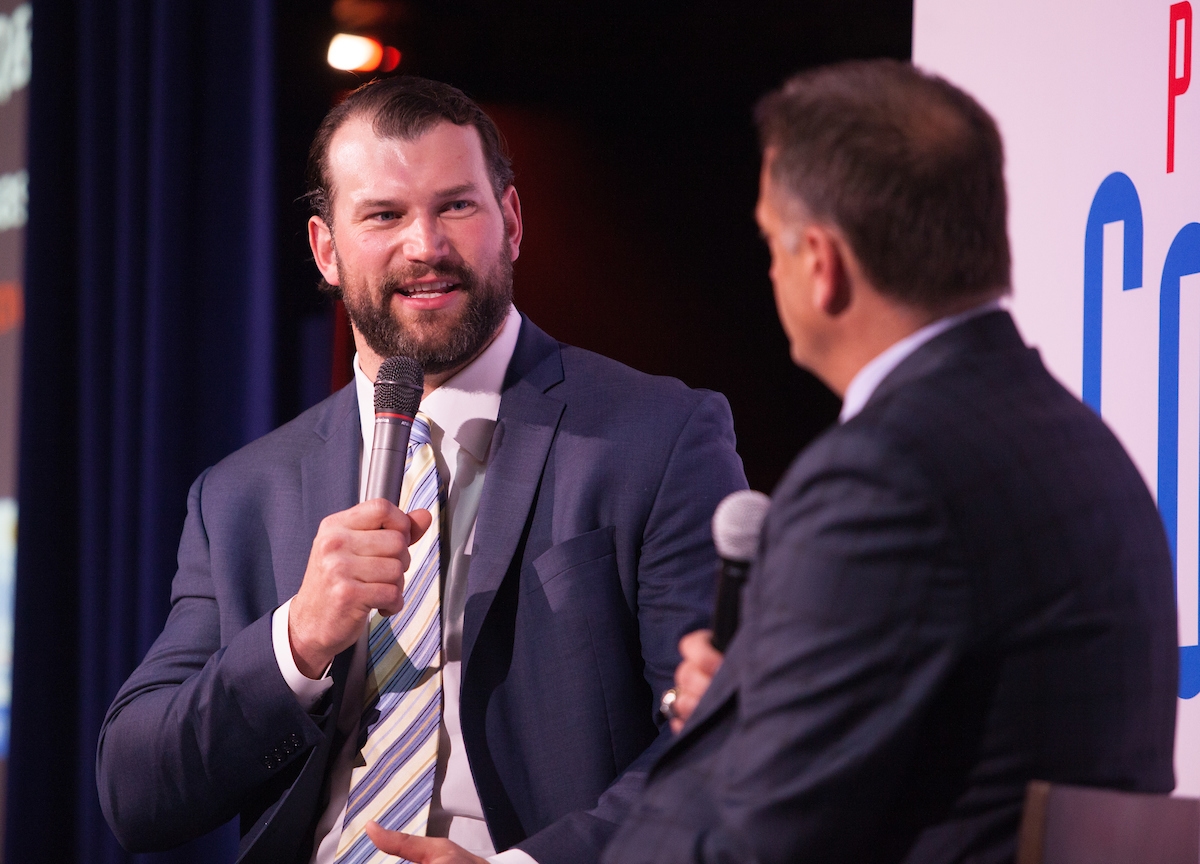 Thomas, who joined the Positive Coaching Alliance National Advisory Board following the event, reflected on his 10+ year NFL career and his days as a track star at the University of Wisconsin during his conversation with FOX SportsTime Ohio broadcaster and event emcee, Matt Underwood. He also underscored the importance of teaching young athletes to “control the controllables,” to help them learn how to move past mistakes and through adversity, and to encourage them to play multiple sports. 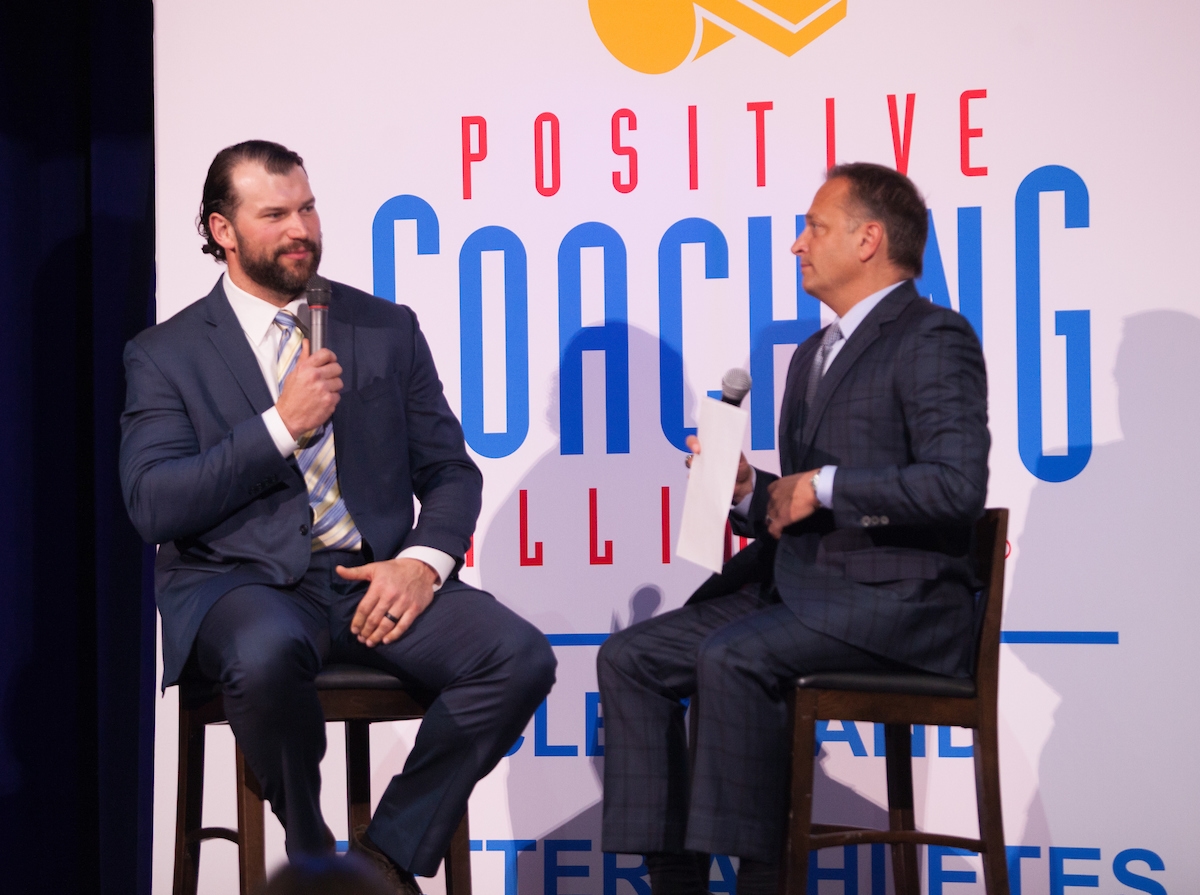 The event concluded with a raffle, sponsored by TTx, and coordinated by PCA-Cleveland partner, The Pledge Fund, with prizes provided by donors including ESPN Cleveland, the Cleveland Indians, and Riddell. The grand prize winner received a personalized autographed Cleveland Browns helmet signed by Joe Thomas that night. 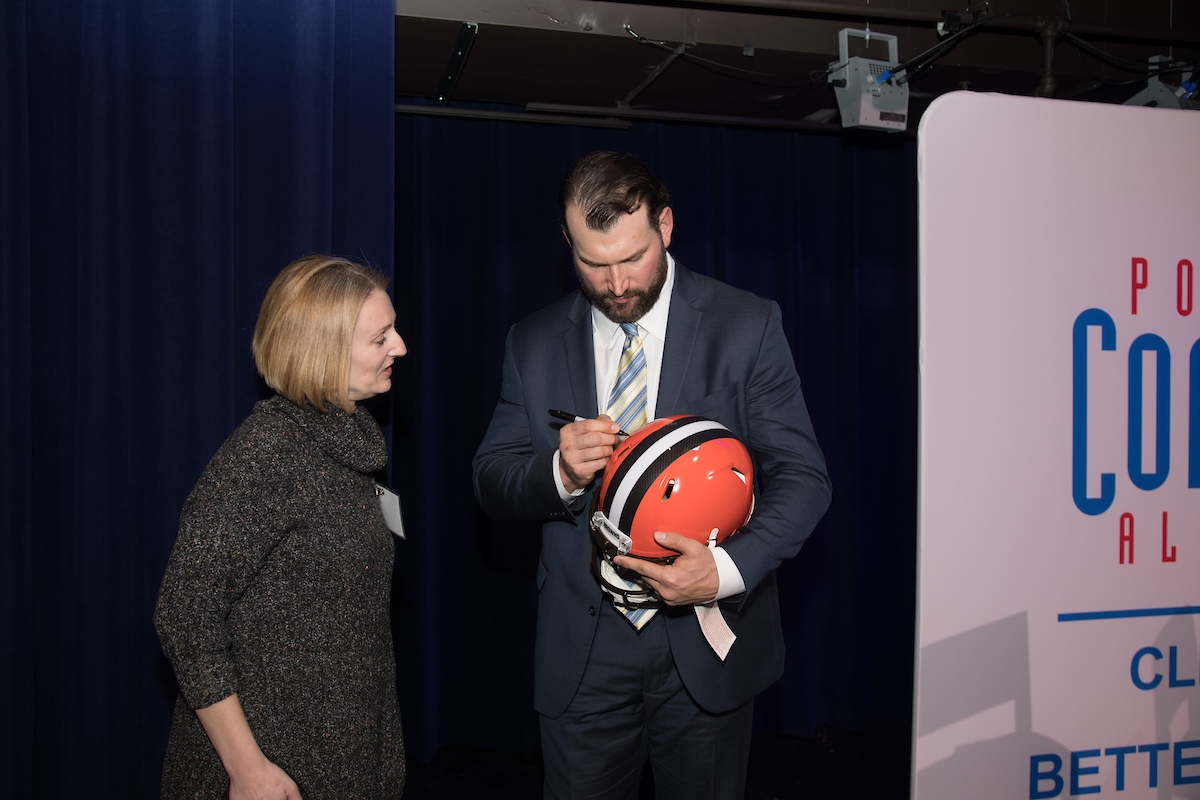 To view a gallery of photos from the event, click below