On Thursday, October 21st, Positive Coaching Alliance of Arizona was the recipient of the Barstool Sports Arizona Bowl Community Fund. PCA of Arizona received a $10,000 donation. These funds will help support their (PCA) mission of providing training for Coaches, parents, and athletes in developing better athletes better people throughout southern Arizona. Rich Tomey, Regional director for Positive Coaching Alliance was on hand to receive the award.

In addition, Former head softball coach Mike Candrea of the University of Arizona was honored with the Dick Tomey Arizona strong award Which is given each year to a deserving coach or impactful community member that embodies the characteristics and qualities that Dick Tomey’s legacy left behind. The award was presented by Rich Tomey - regional director of positive Coaching Alliance and Nanci Kincaid, Dick Tomey’s wife

Hoffman also told stories about his family, his mom who was a ballerina, and his dad who was a singer, being inducted into the National Baseball Hall of Fame. 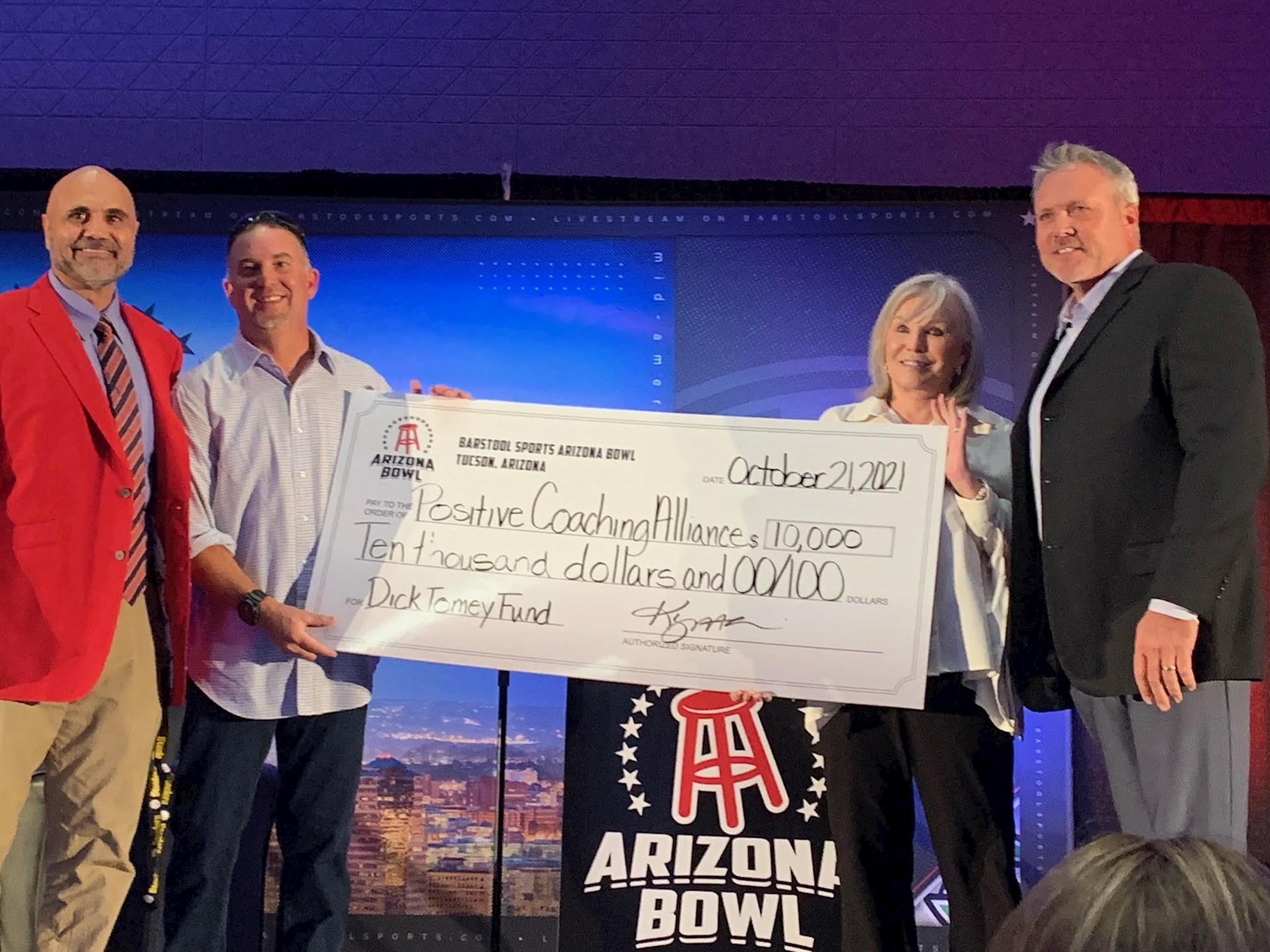 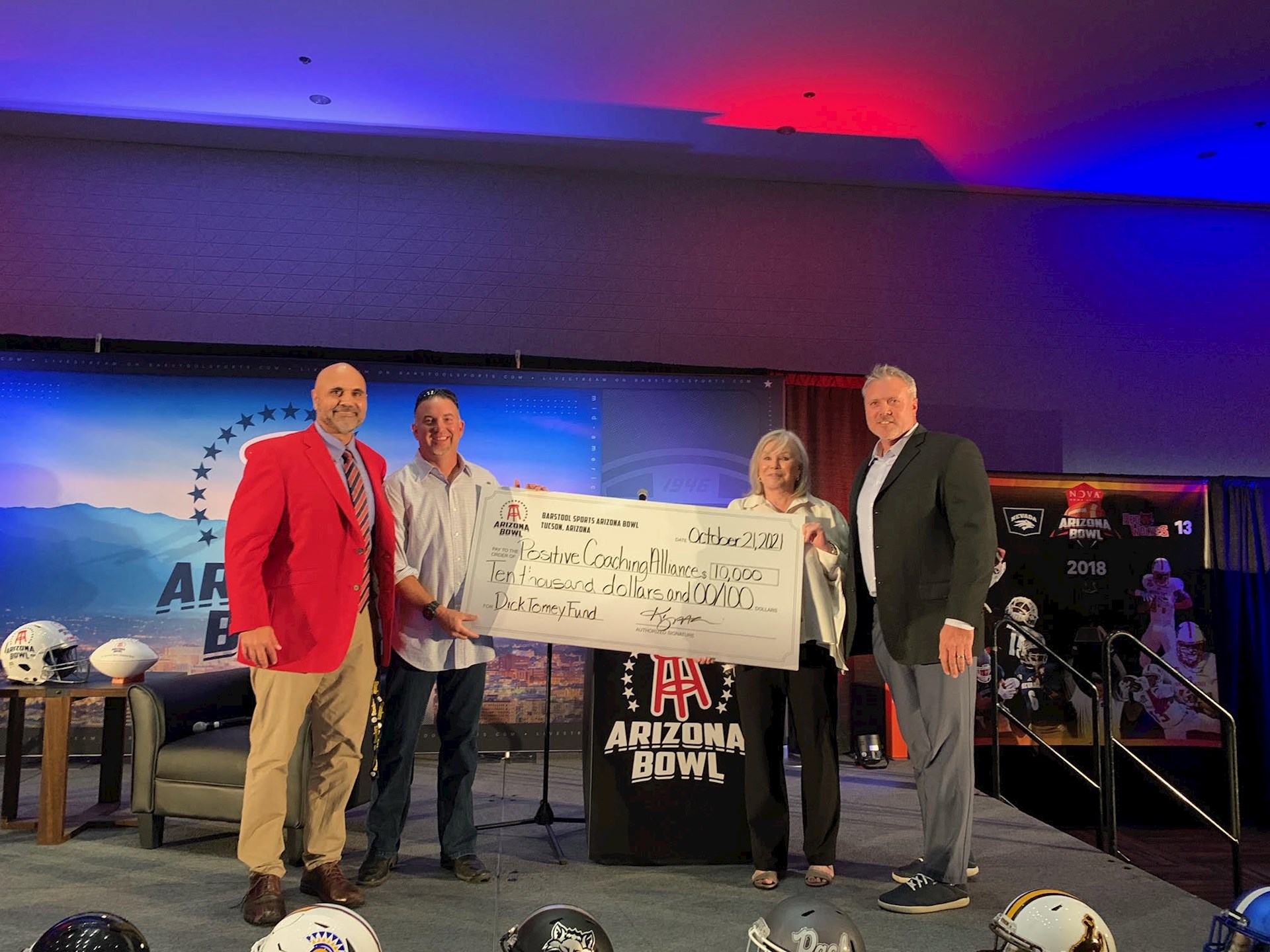