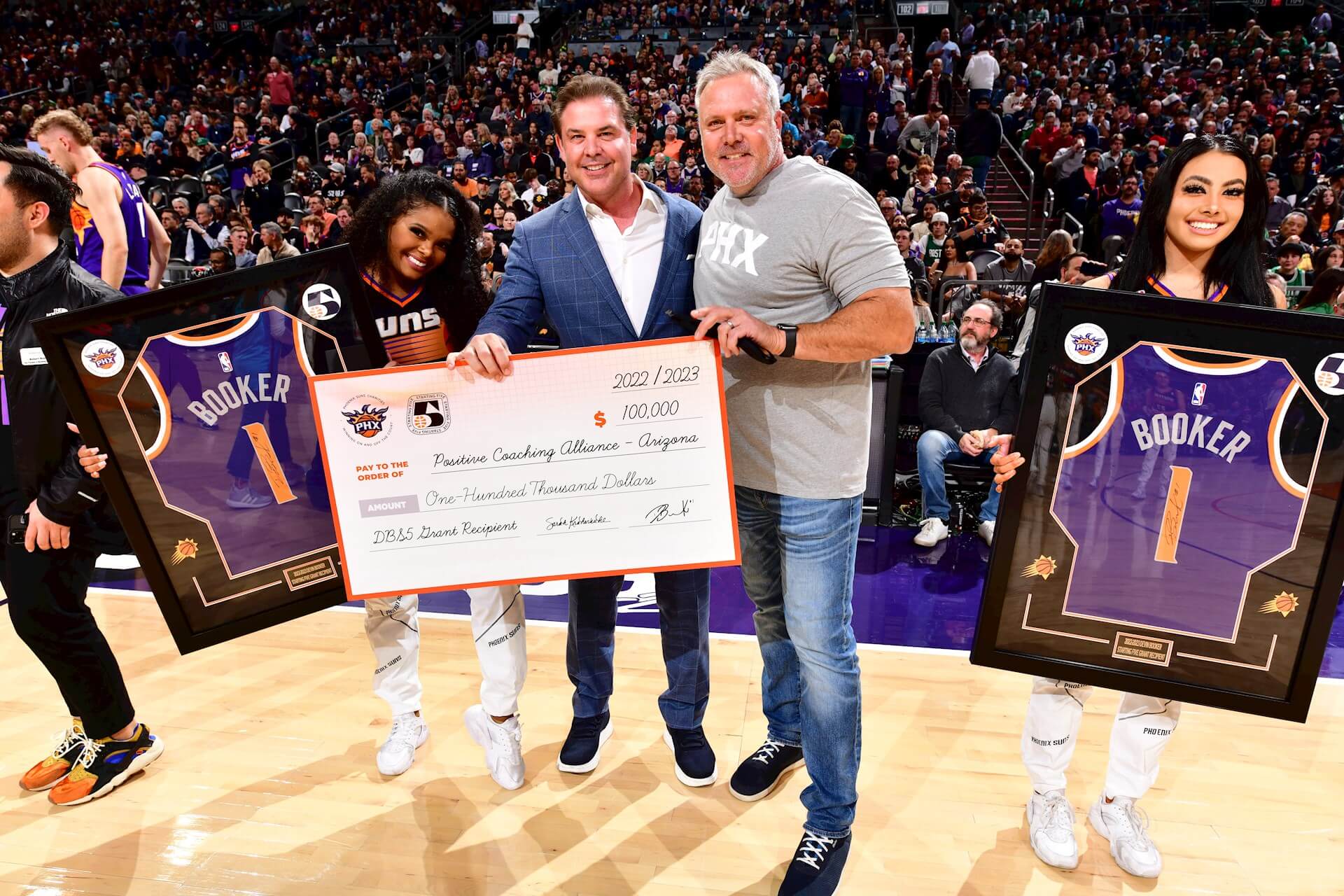 Five Arizona nonprofit organizations were awarded $100,000 grants in the fourth consecutive year of the Devin Booker Starting Five program,  continuing Booker’s pledge announced in 2019 to donate $2.5 million to Phoenix Suns Charities to improve the lives of youth and families in need throughout Arizona.

PCA is thrilled to be announced as one of this year's Devin Booker Starting Five program grant recipients! On December 7th, PCA and four other local nonprofit organizations were announced as recipients of grant funding through Phoenix Suns Charities during a surprise on-court promotion during the Phoenix Suns and Boston Celtics basketball game.

With this tremendous support, PCA will be able to provide more than 50 workshops delivered to high schools and middle schools across Arizona, including training for athletes, coaches, and leaders to ensure a positive youth development experience.

“The support of the Phoenix Suns, Suns Charities, and Devin Booker is a huge win for our efforts in Arizona. The funds will go directly towards supporting PCA programming for schools and youth sports organizations in under-resourced areas across the state. The Devin Booker Starting Five program will give us the opportunity to share the incredible power that sports can bring in terms of teaching life lessons, building a stronger community, and providing a foundation to build tomorrow’s leaders.”  -Rich Tomey, PCA Regional Director 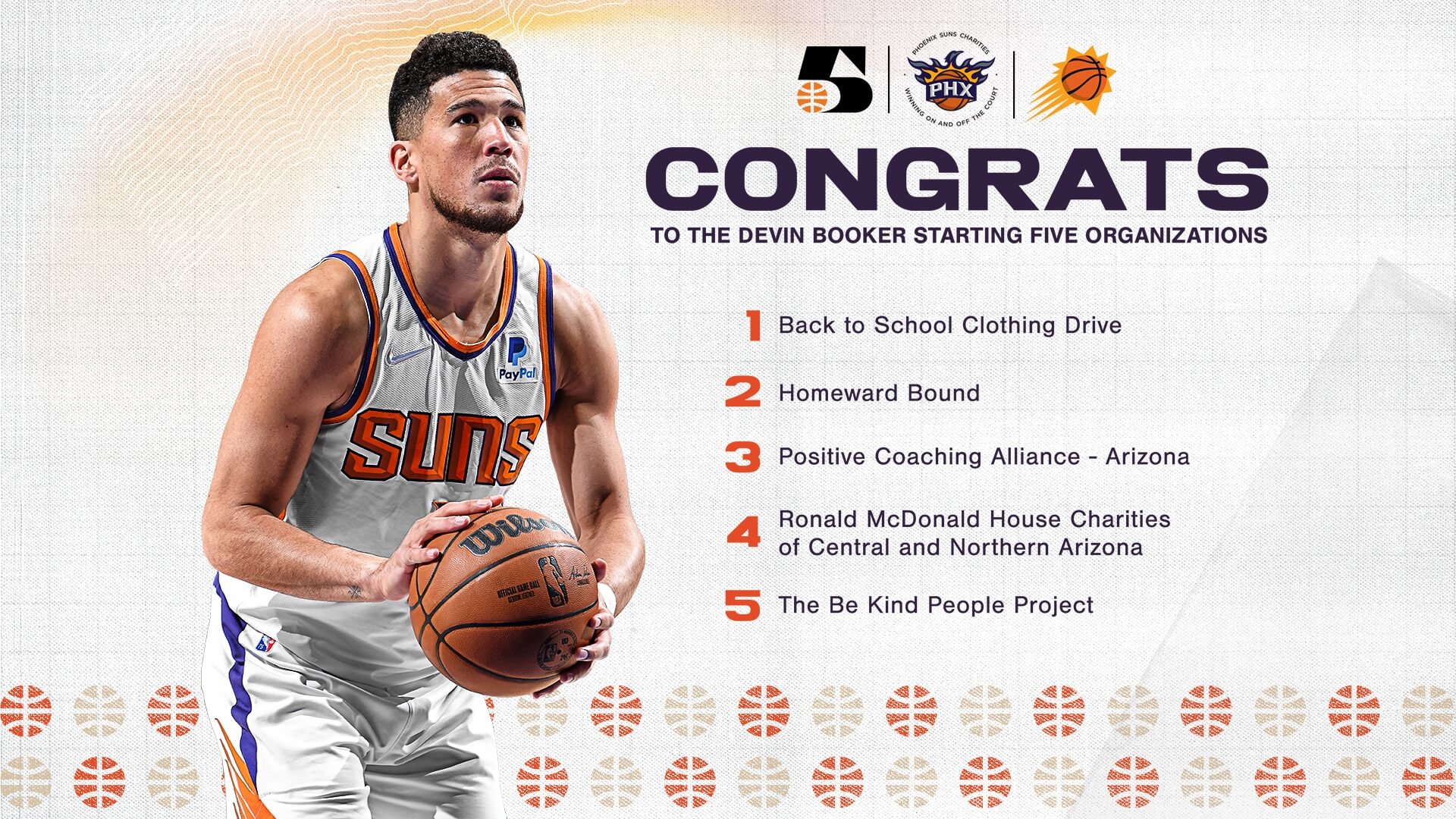 "It’s one of the most exciting things that I’m a part of, I’d say mostly because we’re 20 organizations in now, all non-profits here in Arizona,” said Booker following the game. “We’re still trying to find creative ways to surprise the people, and to do it here on our home court in front of everybody is a special moment." -Devin Booker, Phoenix Suns Guard

Since inception in 1988, Phoenix Suns Charities has been focused on making our community a better place through its mission of supporting children and family services throughout Arizona and has distributed more than $35 million to local non-profits and organizations in need. The entire Suns organization has embedded itself locally by supporting community efforts through hundreds of player appearances and thousands of volunteer hours by Suns players and staff.