What is it like to run scout team offense or defense all week, but never get in on game day? Tyler Gaffney, Jimmy Garoppolo, and the rest of the Patriots’ practice squad players know – they are critical to the Patriots’ preparation, every game, and Coach Bill Belichick, and the whole team, values them.

The New England Patriots are bound for a record-setting ninth appearance at the Super Bowl, thanks in part to players whose names you may not recognize. Their scout team. Tyler Gaffney, a Stanford University star in baseball and football, who played a year of professional baseball, is a valued member of the Patriots practice squad. Every week his job is not to carry the football on game day, but to imitate the other team’s best running back. Two weeks ago, Gaffney wore a yellow #26 pinney and he “was” the Steelers’ lethal running back Le’Veon Bell. With some help from the rest of the running back corps, he prepared the Patriots for Bell and the other Steelers backs, Ramon Foster and DeAngelo Williams. 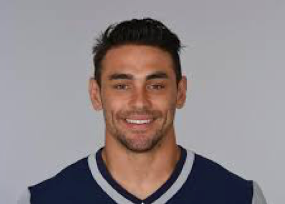 This work earned Gaffney, Garoppolo, and the rest of the practice squad players high praise from Coach Belichick who said in media reports, “Our practice players do a great job.” Gaffney and the practice squad make themselves better, their teammates better, and the game better. That’s the Patriots Way, and the PCA Way. For those of you who coach high school or college football and have athletes run scout for you every week, follow the Patriots Way, and the PCA Way, and be sure to let your whole program know how much you value each and every one of those players who runs scout for you. Your scout team will work hard for you, and they just might make your starting lineup one day. 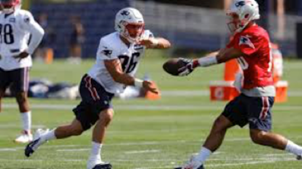