By Jim Thompson and Trennis Jones

There is a tradition of coaches rebuking their players in public in a way that rarely happens in a school or workplace. When it happens on a big stage as it did this last week when Michigan State Basketball Coach Tom Izzo publicly rebuked Spartan player Aaron Henry, it is worth some discussion.

Some points to consider:

1) There is no research to support the effectiveness of nasty-snarly, abusive behavior by leaders. In a recent New York Times article by Benedict Carey (February 26, 2019), Rebecca Greenbaum of Rutgers says, “We’ve been looking for it... We’d love to find out if there are good aspects of abusive leadership. There’s been a lot of research. We just can’t find any upside.” The article goes on to say, “A boss who ‘demands’ excellence is no more likely to produce it than the boss who requests or nurtures it, and likely less so (emphasis added), the research suggests. Demanding excellence often is just a handy excuse, said Bennett Tepper, a leading researcher of the effects of abusive leadership at Ohio State University’s Fisher College of Business: ‘That kind of explanation, after the fact — that I hold people accountable — it’s lame. Well, me too. A lot of us do. That doesn’t mean we belittle people and scream at them’”

2) There is a ton of research that says a positive approach works better. Unlike negativity, which tends to shut people down and distract the receiver from being able to concentrate on the task at hand, positivity opens up possibilities. Research by Barbara Fredrickson of the University of North Carolina shows that, “Positivity broadens and builds. It transforms people and helps them become their best. And when people are at their best, people live longer.” Talk about life lessons! Being in a positive environment causes one to live longer!

3) There are times when coaches need to have hard conversations with players for the benefit of the players and team. The best coaches are able to have these conversations without threatening players or seeming to go out of control, which can distract the player from the message the coach wants to communicate. 4) Toughness isn’t what people often think it is. It takes mental toughness to be positive when things are going badly. Anyone can act angry when things go wrong. Getting so out of control that your players have to restrain you for fear that you will attack one of your own players is not mental toughness. It takes strength and mental toughness to be able to project positivity when it looks dark. Positivity is not the “soft” way. Choosing to be positive can lead to what Fredrickson calls an “upward spiral.” Dr. Fredrickson notes: “…just like negativity, positivity is remarkably contagious.”

5) Negativity is not intensity. Many people confuse negativity with intensity. We have never seen a great coach (or leader, for that matter) who does not have intense emotional commitment to the mission. But positive intensity is the hallmark of great leaders. Negative intensity can too easily turn into bullying, which is a problem at all levels of our society. And bullying is ugly whether it happens with a bigger, more powerful kid bullying a weaker one or when a more powerful adult does it to a younger person in their care and power

6) Elite Coaches Have an Impact on Youth Coaches. When elite coaches are negative, it filters down to youth coaches and the results are not pretty, as can be attested by anyone who’s spent any time at youth games. We may be persuaded that an experienced coach like Tom Izzo knows how to use negativity selectively like a scalpel to get the best from his players, and to his credit, his players defend him and say that they know he cares about them. But we absolutely reject the idea that thousands of youth coaches also know how to do this. And those coaches are watching elite coaches and, often, emulating them. 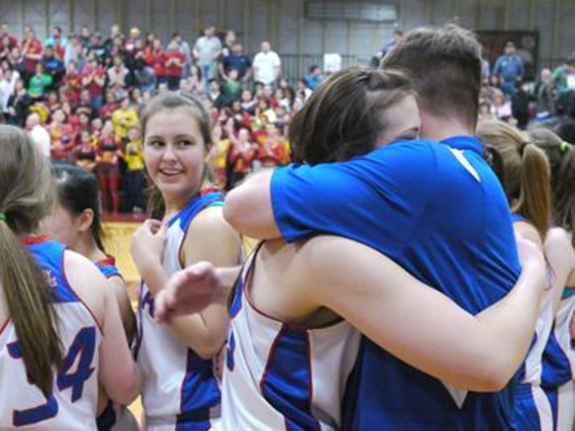 Twenty years ago Positive Coaching Alliance (PCA) was formed at Stanford University to use youth sports to develop Better Athletes, Better People. In the last 20 years PCA has helped spark a sea change in the narrative of what constitutes good coaching—from the mistaken idea that negativity is an acceptable element of effective coaching to a realization that positive coaching is the key to getting the best from youth athletes and developing people of character.

But sometimes old ways, even discredited ones, die slowly. Coaches used to not let players drink water during hot practices to toughen them up. Coaches used to tell players who got a “dinger” that had them seeing stars to not be a wimp, and to “get back out there!” We now know that those are harmful practices and they are going away. Just like a nasty-snarly, negative way of coaching is.