Your nominations for PCA’s Double-Goal Coach Award Presented by TeamSnap yielded two national winners from Minnesota and three additional winners at the local PCA-Minnesota Chapter level. All are shining example of coaches who strive to win while pursuing the more important goal of teaching life lessons through sports. Congratulations to these great coaches! 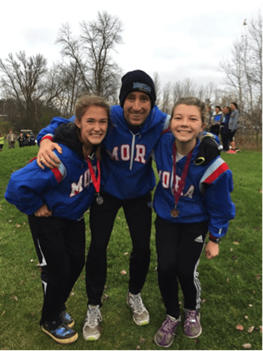 Chris has been the Head Mora Cross Country Boys and Girls Coach for 14 years.  The Mora Cross Country program is surrounded by coaches and parents that are dedicated to helping kids become better people and runners.  That dedication has led to success on the course and in the classroom.  His boy’s team has qualified for the Minnesota State Cross Country Meet for the past 11 years and won three consecutive Class A State Championships. One of his visions for his program is for our athletes to understand that academics come first. Academically, Mora boys and girls cross country teams have reached the silver (3.5-3.74gpa) or the gold (3.75-4.0gpa) standard since the team academic award began in 2008.  Chris is dedicated to creating better athletes, better people.

Crissy loves that being a coach allows her to be a mentor for young women. She wants to instill in them key life lessons including letting them know want them to know they can be competitive, strong and goal-oriented, while also giving back to their soccer community. Her team embraces mistakes as growth opportunities. Our program strives to develop players who are strong student-athletes, while continuing to grow their soccer skills and love for the game. As a coach, Crissy strives to spread the power of positive to her team. 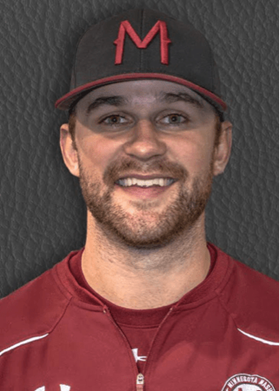 Steve is the owner and director of baseball operations for Minnesota MASH Baseball Club. His infectious energy, passion, and love of the game have built Steve a top-end reputation in the baseball community and he has become one of the most sought out hitting instructors in the state of Minnesota. He is dedicated to helping his athletes achieve their athletic goals, strengthen their character and build their confidence through sport development. 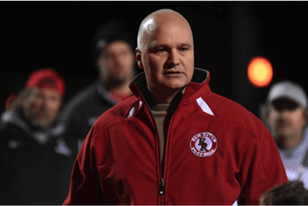 Steve has been coaching for close to 20 years, and is currently the Head Coach of Elk River Elks Football. He led his team to a state championship this past season. Steve is a true believer that positive is powerful! He implemented a system where his players continually compliment each other throughout practice. He was quoted saying, “When you think about a typical day in high school, how many negative comments do you hear? So, we just try to be positive and have fun.” Steve is committed to spreading the power of positive to his team, as well as the football community. 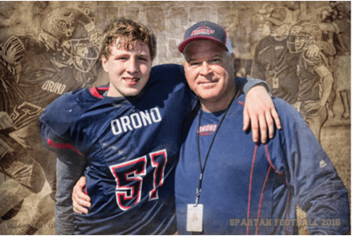 Jim coaches for Orono Youth Football. He is also the CEO of Winning Big Consulting. He takes pride in the success of his team and enjoys being a positive leader in the community. As a coach, he focuses on bringing out the best in each player. Each week he takes time to evaluate his players individually, and to make sure they are having a positive experience on his team. He’s also very involved with making sure the parents of his players are on the same page as him and his mission is positive and uplifting. Jim was quoted saying, “Helping people and kids do their best in life is just what I love doing. I have been blessed over the years to have learned and been mentored with many of the great in the coaching industry.”