Lessons From Julie Foudy At The Yale Bowl 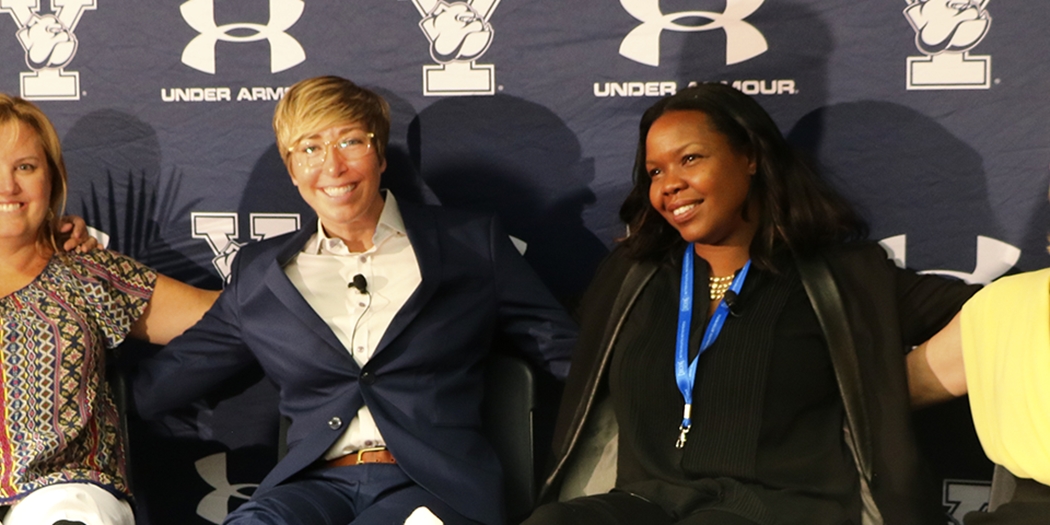 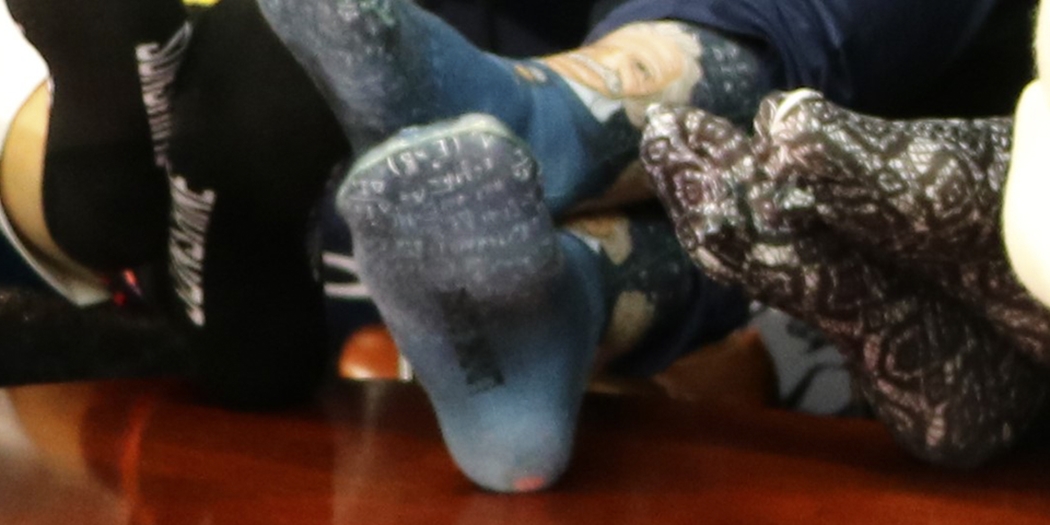 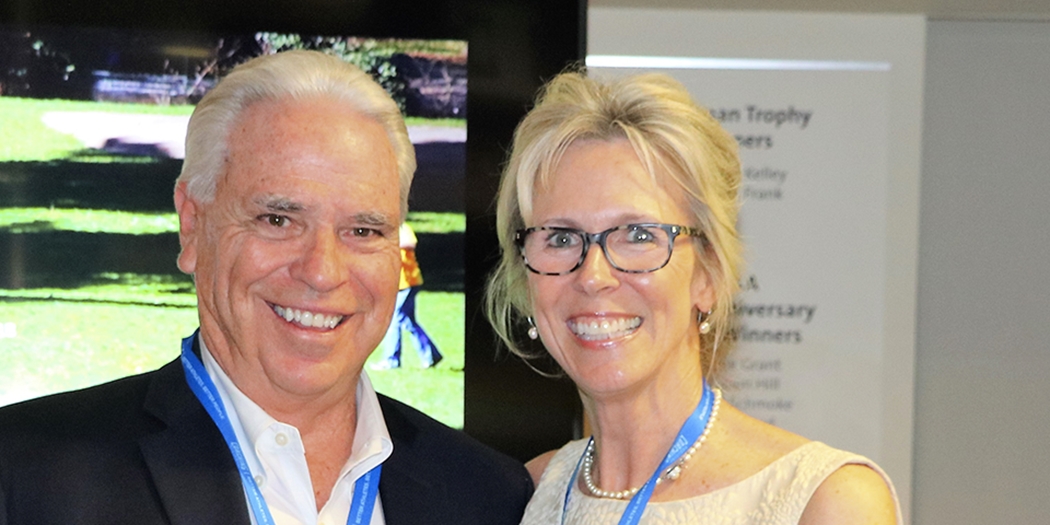 Positive Coaching Alliance, Yale University Athletics, and Under Armour teamed up on Wednesday, June 7th for a powerful evening centered on girls in sports, Play On: Girls In the Game. Featuring current and former female coaches and athletes, including two-time Olympic champion, ESPN analyst, and Positive Coaching Alliance National Advisory Board Member Julie Foudy, the evening took place at the top of the Yale Bowl in the Champions Room, a room dedicated to some of the greatest moments in the century old stadium. Flawlessly organized by PCA-New England Board Member Kim Beckett for an audience of more than 110 people, the evening’s message was clear—find the joy in sports and be authentically you.

PCA National Lead Trainer Eric Eisendrath opened the evening by describing PCA’s relationship with Yale as his most rewarding PCA relationship, and by sharing his appreciation for the opportunity to work with Yale’s exceptional athletic leaders, coaches, and student-athletes. Eisendrath thanked Yale for opening doors for PCA.

Yale Athletic Director and PCA National Advisory Board Member Tom Beckett announced that Yale’s “work with PCA has changed our world.” Introducing Foudy to the attendees as “an American hero and one of the most approachable and kindest superstars I have ever met,” Beckett described Foudy as a thought leader on the topic of girls and women in sports. President George W. Bush appointed Foudy to a Title IX Committee to review the law’s successes and challenges. Foudy recently published her first book, Choose to Matter, for teenage girls and coaches of female athletes. Director Beckett encouraged everyone to read it, and reported that he was giving a copy of the book to every one of his coaches. Director Beckett urged coaches to embrace the awesome responsibility to “bring joy to young people every day as it is an opportunity to change lives by how we interact.”

To Foudy, “leadership is the ability to empower others” and elevate their self, teammates, and community, like PCA’s Triple-Impact Competitor®, the gold standard of what it means to be a student-athlete. “Leadership is powerful thing, and there are many different ways to lead.”

Foudy spoke about three former teammates, all of whom were great leaders, despite having very different personalities.

Foudy described her own style as “loud and outgoing.” Yet Foudy and Fawcett eventually served as co-captains together in Foudy’s final year. Foudy encourages young athletes and leaders to “find your style” and most importantly “be authentically you.” Foudy said she didn’t fully understand this lesson until she was in her 40’s when she decided, “I am just going to be me.”

Foudy has a title you often hear her use with young girls who are striving to play a sport–rock star. Foudy is certainly a rock star for PCA. “PCA is an organization that is about everything I value and love about sports and teaching life lessons. It truly personifies my experience with the national team. What I love about PCA is that they are about bringing sanity back to youth sports and finding the joy,” said Foudy, who remarked at how intense her children’s games can get. She even acknowledged she tries her best not to become one of them as she joked about the crazy sport parent.

Foudy believes what made her teams so successful is that “whenever we doubted there was always someone on the team encouraging us to go on. You can move mountains when you have that unity of belief. We were a crazy group of women who kept saying, why not?” They embraced opportunities and didn’t run. Foudy encourages girls to embrace these opportunities before they pass you by.

Joining Foudy on stage after her keynote address and donning crazy socks with her for a #socktalk:

QUESTION 1: WHAT IS THE ONE SKILL THAT YOU HAVE THAT HAS ALLOWED YOU TO BE MOST SUCCESSFUL?

Appleman: “Positivity and being able to recognize what you did well and not simply dwelling on the mistakes. Positivity is the foundation to move forward.”

Melton: “Based on living in different places, I feel my ability to adapt and see things from different perspectives has helped me.”

Foudy: My ability to “learn from every experience” helped my career, as well as my many post-career challenges.

Jaques: “Flexibility. I have a passion for working with women and youth and Under Armour has a strong point of view that aligns with this passion.”

Foudy: A “positive approach” is the secret for a lot of people, but that doesn’t mean it is easy.

QUESTION 2: REFLECT BACK ON A TIME OF STRUGGLE, HOW DID YOU SHAKE OUT OF IT AND KEEP THAT POSITIVE APPROACH?”

McMahon: “I certainly have to work on it, however, I do feel that even during the dark moments, that I continue to feel a sense of gratitude. I am grateful for the relationships that I do have that help me get through any tough times. If you don’t feel alone then your attitude will carry you forward.”

Guth: “I lean on my support system.” She shared a story that during a tough stretch in her first season she was called into Director Beckett’s office, and was very nervous but he said, “You are doing everything right” despite the losses. “It felt great to have him in my corner.”

QUESTION 3: WHAT WOULD YOU HAVE DONE DIFFERENTLY DURING YOUR HIGH SCHOOL YEARS?

Melton: “As a kid, I wish I embraced the help of adults more. There are so many adults who want to help – just like what I am doing now – and I wish I accepted the help more than I did.”

Appleman: “Be patient. Things are always better a day late. Be patient and trust the process.”

Foudy: “When coaches are patient and calm it builds trust because it gives kids the belief that they will get there in due time.”

QUESTION 4: WHAT ADVICE DO YOU HAVE FOR PARENTS OF STUDENT-ATHLETES?

Guth: “I would encourage them to put the fun back into sports especially at the grassroots level. Even at the college level when we trust the process and have fun we play better.   My favorite coach was my father, and he was hardest on me and I think finding a way to really translate the constructive criticism is extremely important. Kids don’t want to disappoint their parents, and we need to find ways to give constructive criticism with the end goal of you showing them that you believe in them.”

Appleman: “I try to inspire my kids to hit a person best opposed to have a constant benchmark against their peers. Kids are constantly saying, ‘I can’t be that person.’ Then don’t. Be your own-best.”

QUESTION 5: HOW WOULD YOU COMPLETE THE FOLLOWING SENTENCE: LEADERSHIP IS ______?

Melton: “Leadership is a quality everyone has, but they need to tap into it.”

McMahon: “Leadership is giving. Give your time and your focus.”

Jaques: “Leadership is about giving your power to somebody else.”

Guth: “Leadership is love and trust.”

As the evening concluded, Kim Beckett asked Foudy about an exceptional leader Foudy highlights in her book, Amy Liss, who has cerebral palsy. Liss inspires young girls across the country at Foudy’s soccer camps, despite not having the ability to kick the ball. Foudy said, “She is always the highlight of everyone’s week. She simply chooses to live positively.” Foudy closed the evening by encouraging everyone to make the choice to be a leader and empower those around you.