JERSEY SERIES Celebration of Matthew Slater: How Do We Feel? INSPIRED.

Amidst the genuine love and laughter, with Devin and Jason McCourty at the mic, the evening focused on powerful themes around purpose, faith, family, teammates, positivity, overcoming adversity, and service to others. Connecting around what it means to wear the jersey, the evening included a Champion-to-Champion salute to UMass Amherst Hockey National Championship Coach Greg Carvel and Captain Jake Gaudet.

PCA surprised Slater with video appearances from three of his former teammates, Alterraun Verner, who played with Slater at UCLA and against him in the NFL, Rob Gronkowski, who needs no introduction in NE, and Julian Edelman, whom Slater called out as his favorite Patriot-not-named-McCourty and who was reportedly mad when Slater, his then-roommate got married and moved out

Here are some of the evening’s highlights:

• INTRODUCING MATTHEW SLATER. Two of Slater’s favorite teammates, Devin and Jason McCourty introduced Slater, with a few jokes about his age, 35, and a huge heaping of respect for the man whom they described as leading on the field, in the locker room, and away from the stadium, and who literally defines his position—if you Google NFL gunner, the first image you will see is Matthew Slater. Everyone appreciated the opportunity to praise the very humble Matthew Slater.

• SLATER’S RELENTLESS MENTALITY. Slater shared that he is inspired by his faith, that he’s grateful for the opportunity to play in the NFL, and that he respects the game. Slater said: “I try to play each and every game like it’s the last one...and I try to enjoy it along the way”

• THE MAKINGS OF A GREAT TEAM. Slater credits his teammates, their leadership, relationships, and a dynamic locker room for making the Patriots a great team, and said: “we go out there and play as a team and be selfless and really put team success ahead of individual success and a lot of people say that, but not a lot of people do that and live it out, and I think we've been fortunate enough to have high character men to really live that out and it’s resulted in a lot of success.” Slater singled out Ben Watson as influencing him as a player and as a person when he first joined the Patriots, plus Tom Brady and Jerod Mayo.

• FAMILY. Slater described himself as “really, really blessed” with two caring parents who prioritized his and his brother’s development. He recognized his Hall of Fame father Jackie Slater, and gratefully gave his mother huge credit saying “there is no Slater name or no Slater representation without my Mom.”

• THOSE FAMOUS POST-GAME SPEECHES. Slater draws inspiration from life and told us that “authenticity is huge in a locker room, and if you’re not being yourself and if guys don’t feel like you care about them, it’s really not going to carry any weight, so that’s always been my thing to try to motivate and uplift and bring the guys together.”

• WHAT DOES IT MEAN TO WEAR THE PATRIOTS JERSEY? To Slater, “it really represents the highest standard in professional sports, both on and off the field. It represents teamwork. It represents sacrifice. It represents respect and accountability and really treating the game the way that it’s supposed to be treated...[thanks to the McCourtys and more] people now realize that we are men off the field who are passionate about having an impact in the community and using our platform to really change lives. Us playing football, it’s not just about us. It’s about what we can do and how we can help people.”

• SLATER’S OFF-THE-FIELD IMPACT. Following his father’s lead, and men like the McCourtys, Slater shared “what a joy it’s been to think about how we’ve used our platform over the years to really impact change and impact lives in the community of Boston and peoples’ lives around the world, and I really consider that a huge, huge blessing and I'm thankful the game of football has allowed me to do that.”

• OVERCOMING OBSTACLES. Slater talked about overcoming injuries with mental strength, and, in a moment that would encourage many young athletes, shared that “as a young pup, I got asthma, I got the glasses, I fit the nerd profile pretty well so I don't think anyone was really expecting me to excel as an athlete, and I was a little bit of a late bloomer and had to overcome a few things.”

• BEST ADVICE SLATER GOT FROM A COACH. “Be a star in your role...the reality is on a football team everybody can’t be Tom Brady...everybody’s asked to do something a little bit different, but if you can be a star and excel in your role then you can really bring some value to the football team. And when I got here in New England, there was Randy Moss, Wes Welker, Jabar Gaffney, etc… I’m not playing receiver, ok, that was very clear. So what was my role going to be? And Bill told me what my role was, and it was going to be playing special teams and so I tried to be a star and excel in my role, and I think that was the best advice I could’ve received at the time.”

• SLATER’S ADVICE FOR A YOUNGER ATHLETE. “Ignore the noise, set yourself on a path to try to achieve your goals which is going to take a lot of hard work and sacrifice, but don’t let anyone tell you what you can or cannot do. That’s up to the good Lord who’s going to order our steps, and you just do your part, work hard, be willing to sacrifice, do the right things on and off the field, and see where that gets you.”

After a laughter-filled lightning round, the spotlight shifted to the NCAA National Champions, UMass Amherst Hockey. First up, Head Coach Greg Carvel who exemplifies PCA principles shared what it took for his team to be champions. “It takes strong culture. To me, the foundation of a strong culture is high standards. We hold our players to extremely high standards in every aspect of their life. Not only were we national champs, but we have the Highest GPA of any team on campus, we do more community service than any team on campus. We bring in really good kids, and we hold them to a really high standard, it got to the point that our standard was: our kids did not know how to lose. We won the last 14 games of the year. We had started out 2-3 not an auspicious beginning, but we figured things out...Our standard was YOU WIN EVERY GAME, and we took it right to the final championship.” Next up was Captain Jake Gaudet, who shared that it meant “everything” to him to wear the jersey.

Before the end of the evening, PCA supporters bid on two special auction items, a 1:1 with Matthew Slater and a Wine Tasting with the McCourtys, and 18 generous donors received footballs signed by #18, Matthew Slater, PCA’s 2020-21 Positive Impact Hero.

Matthew Slater had the last word, and he wrapped it up like this...

In life, we are at our best when we find it within ourselves to give, to give to each other, to give to people who maybe don’t look like us, maybe think a different way than us. Giving does not just mean financially, but relationally emotionally just investing. So that’s my challenge to you guys.

Tonight you got to hear from two great men who understand that, Devin and Jason, who live it out daily. If we could somehow find a way to get the men and women to do more of that, then our communities and our world will become a much better place. As we leave here this evening, as is the case in any good congregation or locker room, I need some verbal confirmation from the peoples. So how do we feel about connecting and growing and giving together? 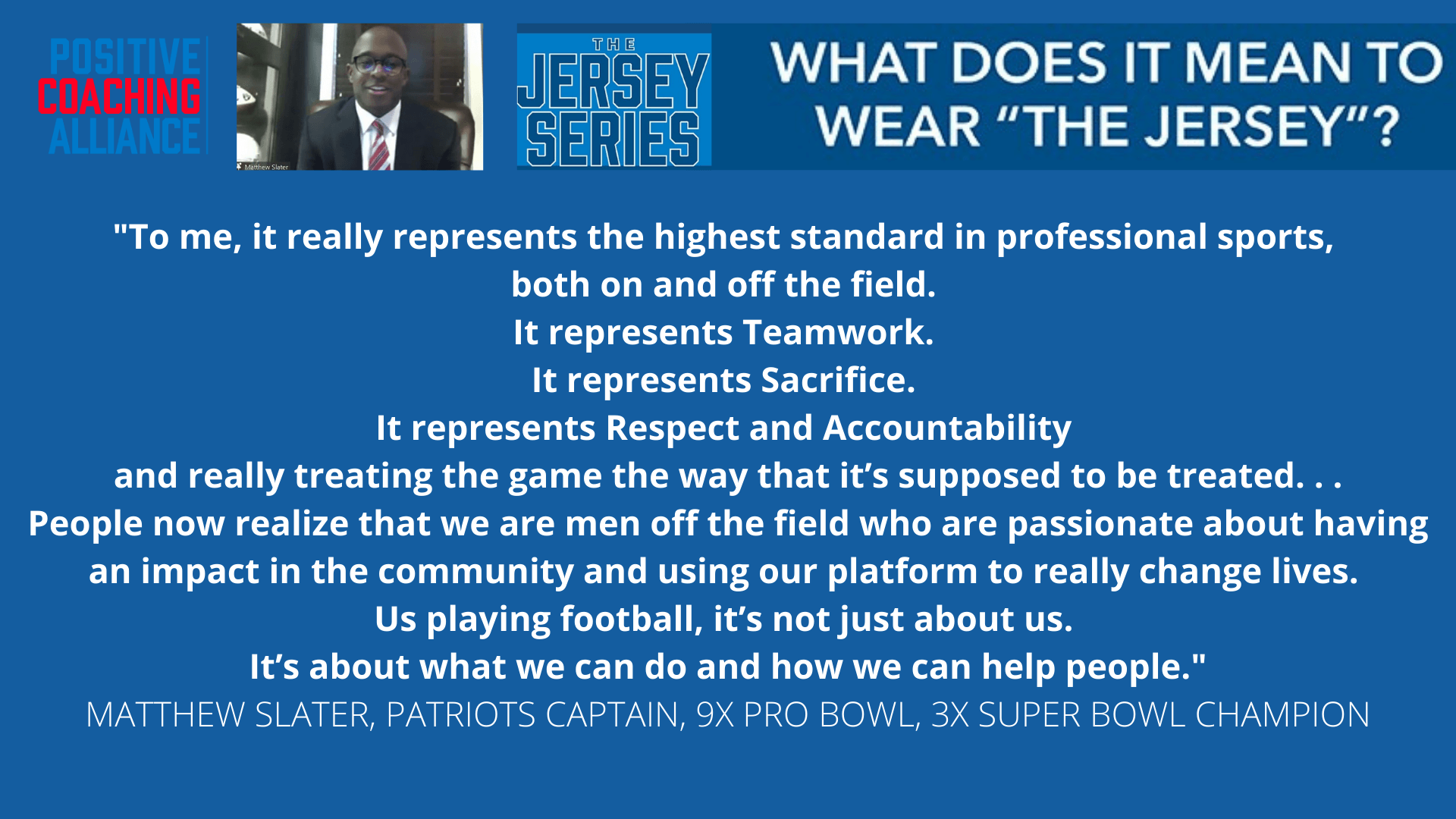 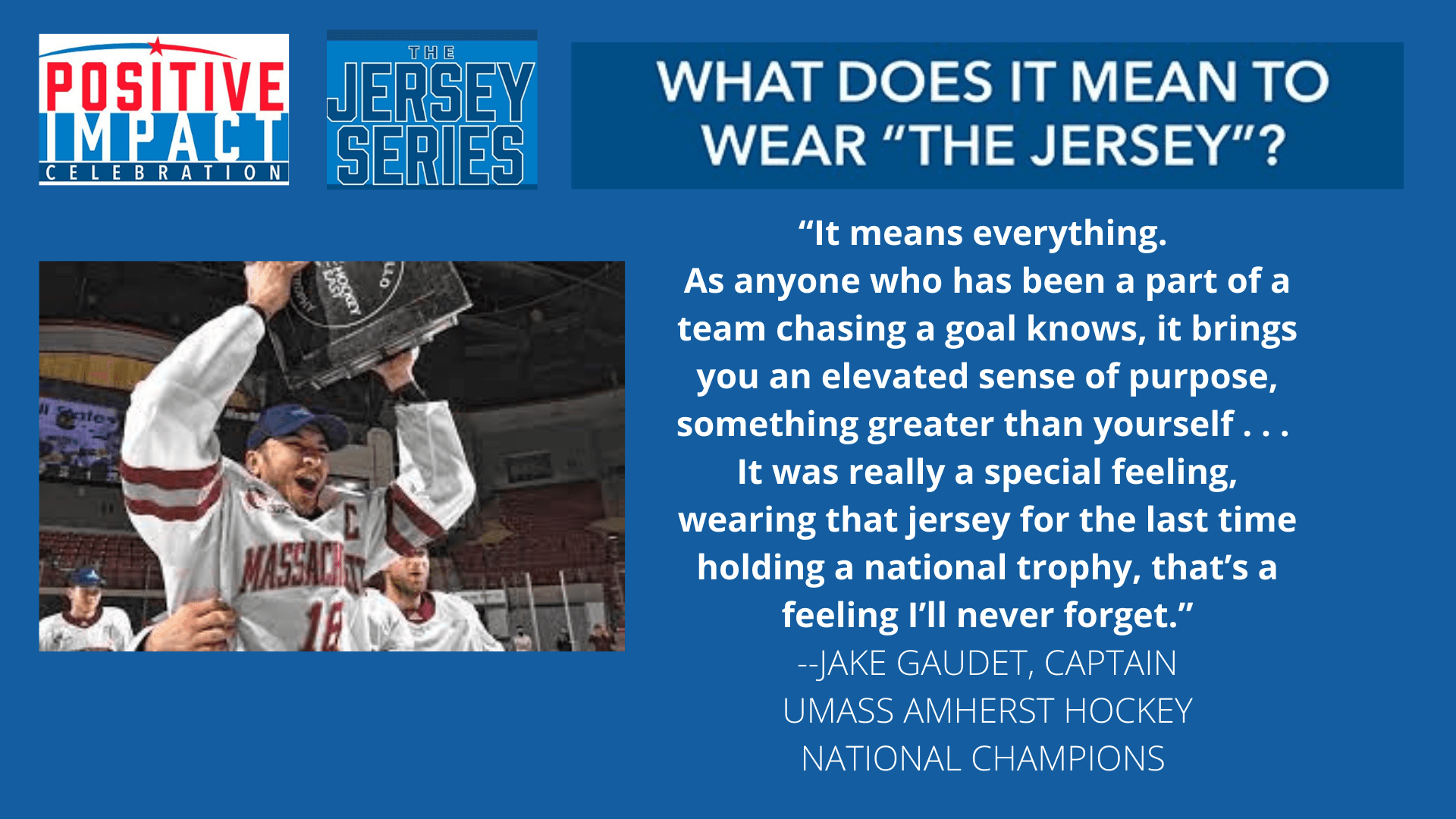 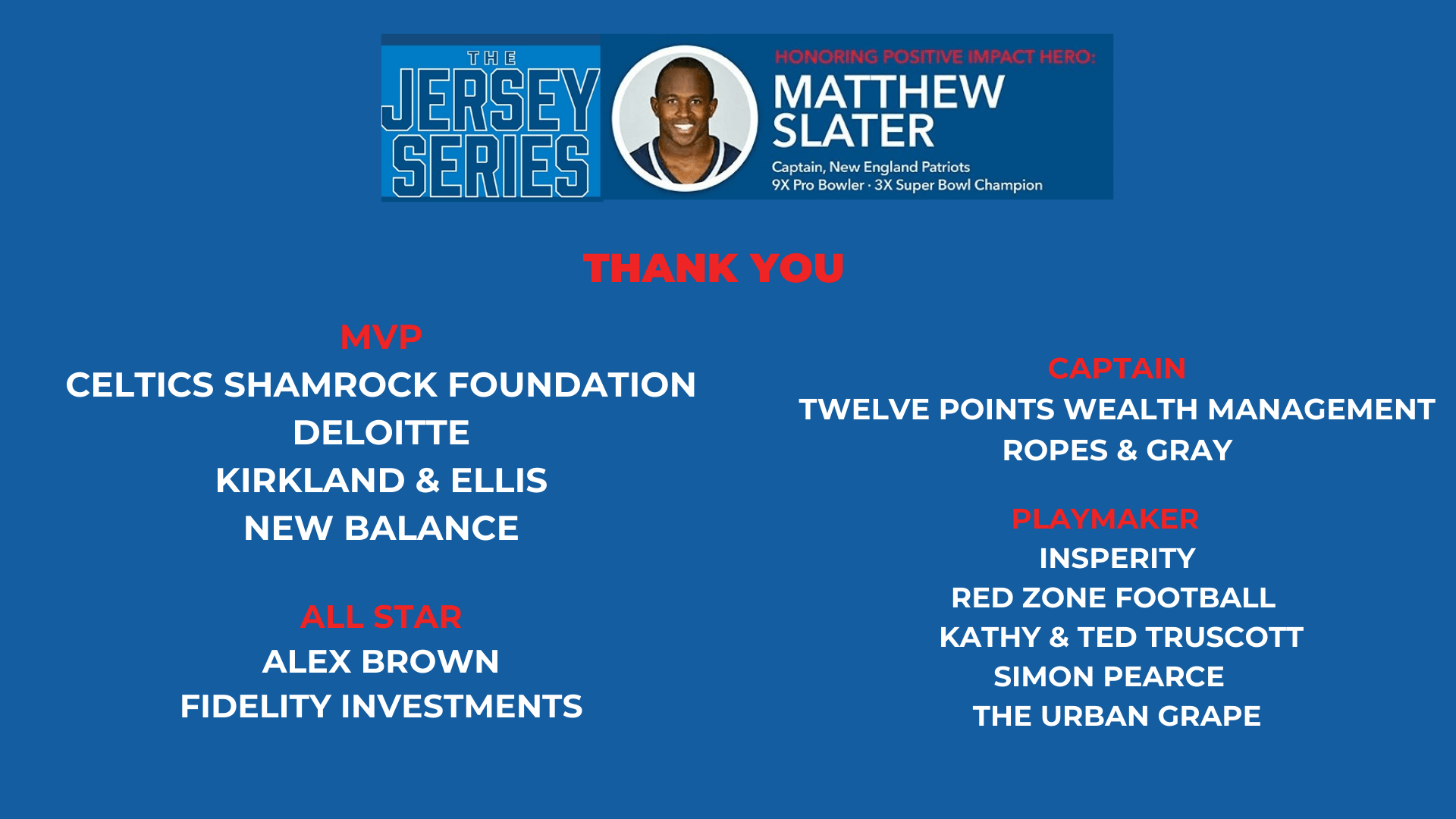