A fabulous sportswriter, a proud father, and a great coach, Earl K. Cox of Louisville, Kentucky died on December 13, 2016. His loss was felt almost 1,000 miles away here in New England, because he was one of the great ones.

Earl’s daughter, Ellen, played softball for Harvard (Class of 1989), and one her teammates, Nancy Prior of Norwood, remembered him by making a donation to Positive Coaching Alliance in his honor.  At PCA we believe in sharing the positive aspects of sports to inspire others. There is no better way to do that than to share Earl K. Cox’s story.

In Nancy’s words, “Earl was quite a man.” His obituary bears that out. A sportswriter at The Courier-Journal, Earl was no less than “the vanguard of his profession . . . a not-so-quiet warrior for equality.”

He was the first reporter in Louisville to cover athletes at all-black schools in the 1950s (over the objection of his editor), and he was one of only a few writers in the nation who covered women’s college sports in the 1950s and 1960s. Until he started writing about them, these athletes were ignored. In the early 1970s, Earl hired the Courier’s first female sportswriter, and he told her male colleagues that if they gave her any grief, he would fire THEM.

He had a second career as sports editor at The Voice-Tribune, and, move over Dan Shaughnessy, was one of the most respected syndicated sportswriters in Kentucky. He spoke annually to national sportswriters at Columbia University and was the founder and the first president of The Associated Press Sports Editors. Inducted into three Halls of Fame -- the Kentucky Journalism Hall of Fame, the Kentucky Athletic Hall of Fame, and the Dawahares/Kentucky High School Athletic Association Hall of Fame -- Earl was also repeatedly elected by his colleagues as the Kentucky Sportswriter of the Year.

Humble about his professional accomplishments, Earl was very proud of his family: his wife, the former Carolyn Holliday; and their three children, Sarah, Scott and Ellen. As his obituary makes clear, Earl was patient and proud:

To his children, Earl was the most incredible father in the world.

When asked to play catch in the back yard for the millionth time, he said yes, every single time.

His only vice was that he never missed an opportunity to let you know that Sarah was a doctor, Scott and Ellen were attorneys, and Ellen graduated from Harvard. His children apologize to all who tired of hearing about them.

To make the record complete, one of Earl’s former softball players, Angela Doll Dworin, added to his remembrance page that Earl was a beloved girls' softball coach. The coach of the Rookies and the Belles, otherwise known as Earl's Girls, or Earl Cox's Girl Foxes, Earl left a long-lasting impression on the girls he coached -- all grown up now, they remember him as kind and caring, a great coach.

Isn’t that how we all want to be remembered? 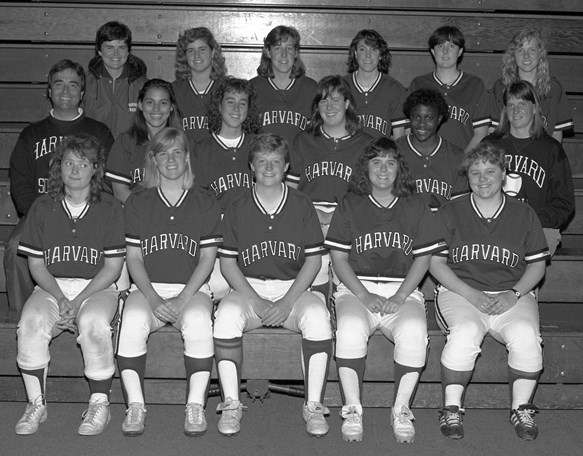