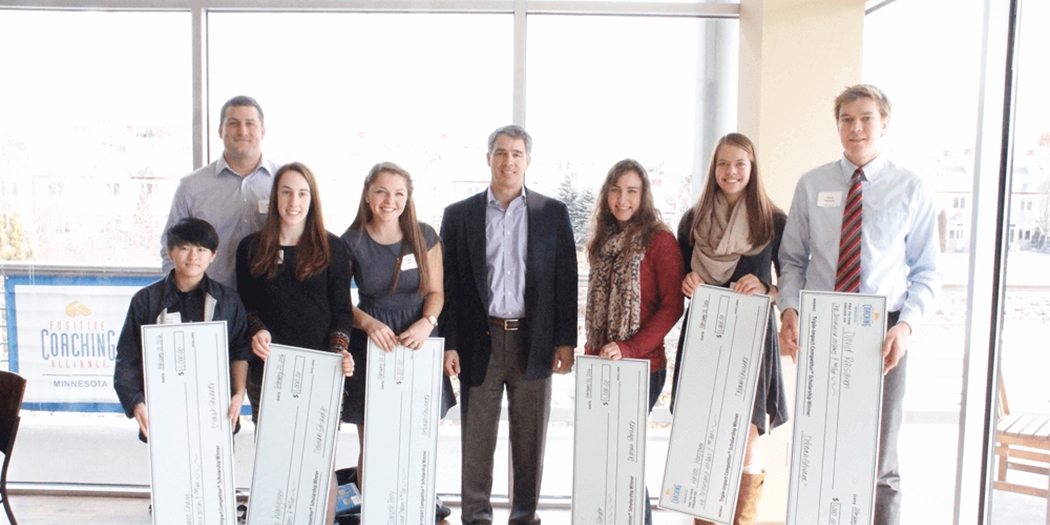 PCA-Minnesota's Impact Luncheon brought 100-plus PCA supporters together to honor:

Scott Wine grew up in the quiet, picturesque Shenandoah Valley of Virginia competing in track, tennis, basketball and football. His memories are good ones – playing pick-up games with his buddies, and winning football games they “probably shouldn’t have but did anyway" out of scrappiness. He remembers his parents dropping him off at practice or simply riding his bike there.

Wine went on to play football for four years at the U.S. Naval Academy, where he graduated with degrees in Economics and French, followed by an M.B.A. in Finance from the University of Maryland. His professional career started as a U.S. Naval Officer and Supply Officer. He’s worked at multiple international companies in various leadership roles and eventually moved to Minnesota in 2008 to be the CEO of Polaris Industries Inc.

Today, Wine enjoys watching his own sons participate in youth athletics. His oldest, a senior, plays lacrosse and football at Benilde-St. Margaret’s, and his sixth-grader plays basketball, football and soccer in Wayzata. “Everything’s more organized now, and parents are much more involved,” says Wine. “As parents, we do our best to raise our children properly, but they spend so much time with their coaches. Coaches are raising our children, too.”

That’s why Wine is a big believer in PCA’s mission of developing Better Athletes, Better People. He feels helping people learn to coach the right way is critically important to our children’s futures and hopes more people become exposed to PCA and its programs.

Much of Wine’s job as CEO of Polaris is spent on “the people thing” including recruiting, promoting and listening to people. “In that way, I’m just like a coach trying to figure out how to optimize my people. Many of the challenges of a CEO are no different than that of a coach. You can have really talented athletes or employees, but if they aren’t working as a team, they won’t be nearly as successful.”

There are other parallels between athletes and business professionals, too. Wine believes participating in sports teaches valuable lessons and hones important skills needed to be successful in business. In fact, Polaris employs many former hockey players, soccer players, swimmers, etc. “When you play sports at a high level, you learn the concept of working hard and how to solve problems,” says Wine. “You also learn how to lose, which is important in business, too. It’s never OK to get comfortable losing, but you do need to know how to accept it and learn from your mistakes.”

Wine knows if a potential job candidate has succeeded in sports or coaching, he or she also will succeed in the work environment. “PCA is a phenomenal organization. Building better students and athletes results in better employees and communities. It takes tremendous hard work and lots of grinding to succeed. That’s what you see from the best teams – both athletic and professional. You see hard work paying off.”

In addition to our honorees, we thank keynote speaker Hank Goff -- a former Marine, who survived combat in Afghanistan and its aftermath upon arriving home to share his inspirational story of football's role in his life -- and Master of Ceremonies and Fox9 Evening News Anchor Kelcey Carlson 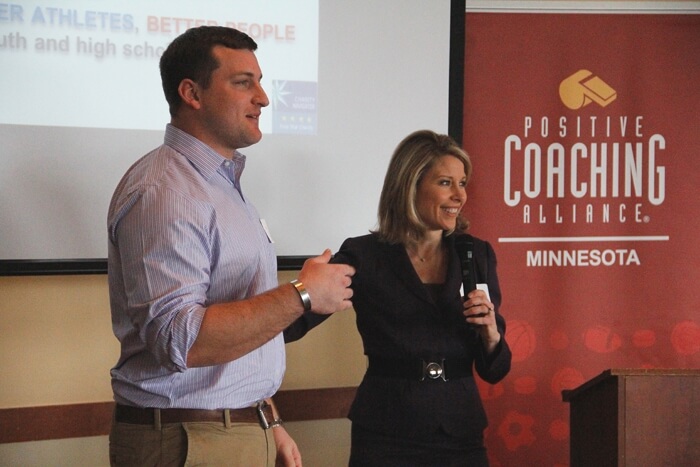