In these uncertain times, two champions of sports done right, Dr. Colleen Hacker and Julie Foudy, have some powerful advice for all of us: Hunt Joy.

We will get through these difficult days, and when we do, we want to emerge ready to play.  Let’s celebrate the power we all have to control how we respond to the challenges we face. In Julie Foudy’s fun-filled podcast, Laughter Permitted, featuring Dr. Hacker, the message is that even in uncertain times, we write our own narrative.  Why not Hunt Joy? What do we want to say when we look back on this time?

For those who seize the day and choose to use this time away from sports to become better athletes, coaches, athletic directors, leaders, sports parents, or simply better people, Positive Coaching Alliance (PCA) has resources for you, on social media, in online courses, and in Zoom Conferences. Life is a team sport, and now more than ever, we need to be good teammates to one another. During this time, PCA will be providing the following resources, linked here. 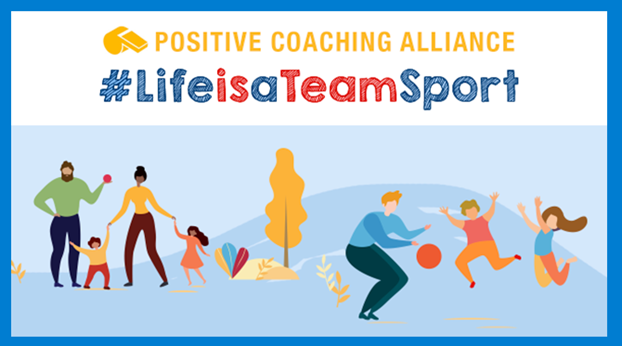 Dr. Hacker and Julie Foudy are both champions, with gold medals and titles galore, and they are both members of PCA’s National Advisory Board.  Dr. Hacker has been a member of the US coaching staff for six Olympic Games as a Mental Skills Coach/Performance Psychology Specialist, including four gold medal winning teams--the 2018 US Women’s Ice Hockey team and the 1996, 2004, and 2008 US Women’s Soccer teams, plus the US Women’s Soccer 1999 World Cup championship team.  Dr. Hacker works with professional, international and Olympic athletes in a variety of sports including MLB, NFL, MLS, NWSL, USA swimming, crew, speed skating, track and field, and tennis.  Having conducted extensive, applied research in the field of sport psychology with particular emphasis on peak performance, team building, leadership, mental toughness and psychological skills training for excellence. Dr. Hacker is a powerful voice in sports today.  Julie Foudy won two World Cup titles Team USA 1987-2004, winning two World Cup titles and two Olympic Gold Medals during her 17-year tenure on the US Women’s Soccer team.  Julie Foudy is an ESPN Analyst, and was inducted into the National Soccer Hall of Fame in 1997.

To hear the whole one hour conversation between Champion Joy Hunters Dr. Colleen Hacker and Julie Foudy, check out the podcast by clicking here.