At PCA, we often discuss the many benefits of kids being involved in sports; resilience, grit, determination and leadership skills, to name a few, are often the result of involvement in sports. The value of these characteristics gained through participation in sports takes on a whole new meaning when you learn the story of Ghay Soe.

Ghay just graduated from Lynn English High School in Lynn, Massachusetts with a 4.01 GPA, where he participated in cross country and track and field for all 4 years of high school. He was selected as team captain by his coach because of his “upstanding attitude and dedication”. But his story didn’t begin in Massachusetts. Ghay’s parents fled their village of Burma, now known as Myanmar, to a refugee camp in Thailand in 2003 to escape war and military conflict. Ghay and 3 of his 5 siblings were born in the refugee camp and lived there for 10 years.

Life at the camp was challenging. To say you need grit to persevere in that environment is an understatement. Ghay’s family lived in a house made of bamboo where all family members shared one room to sleep and they cooked on a stove on the ground with food provided by the United Nations.  He was able to attend school daily within the camp, but said, “The education was not that good. There were a lot of students and you just went there to learn as much as they provide- it was just a base.”

After 10 years of resiliency living in very challenging conditions, the Soe family had an opportunity to come to the US in 2013 when Ghay was 10 years old. They selected Lynn, MA as their new hometown because another family member had already settled there so they would have some support to help them get started.

When Ghay arrived, he knew no English and no one spoke his language. Although it was difficult, Ghay was determined to learn the language. Joining a sports team in 6th grade gave him a group of friends, another way to learn the language, and a place to fit in. When asked what the biggest challenge of coming to the US was for him, he said, “I was not able to communicate with anyone when I went to school. The language I speak, Karen, I was the only one in my whole school- elementary, middle school or high school- who spoke it.” Despite this barrier, Ghay has been determined and learned, little by little. He is now a fluent English speaker. 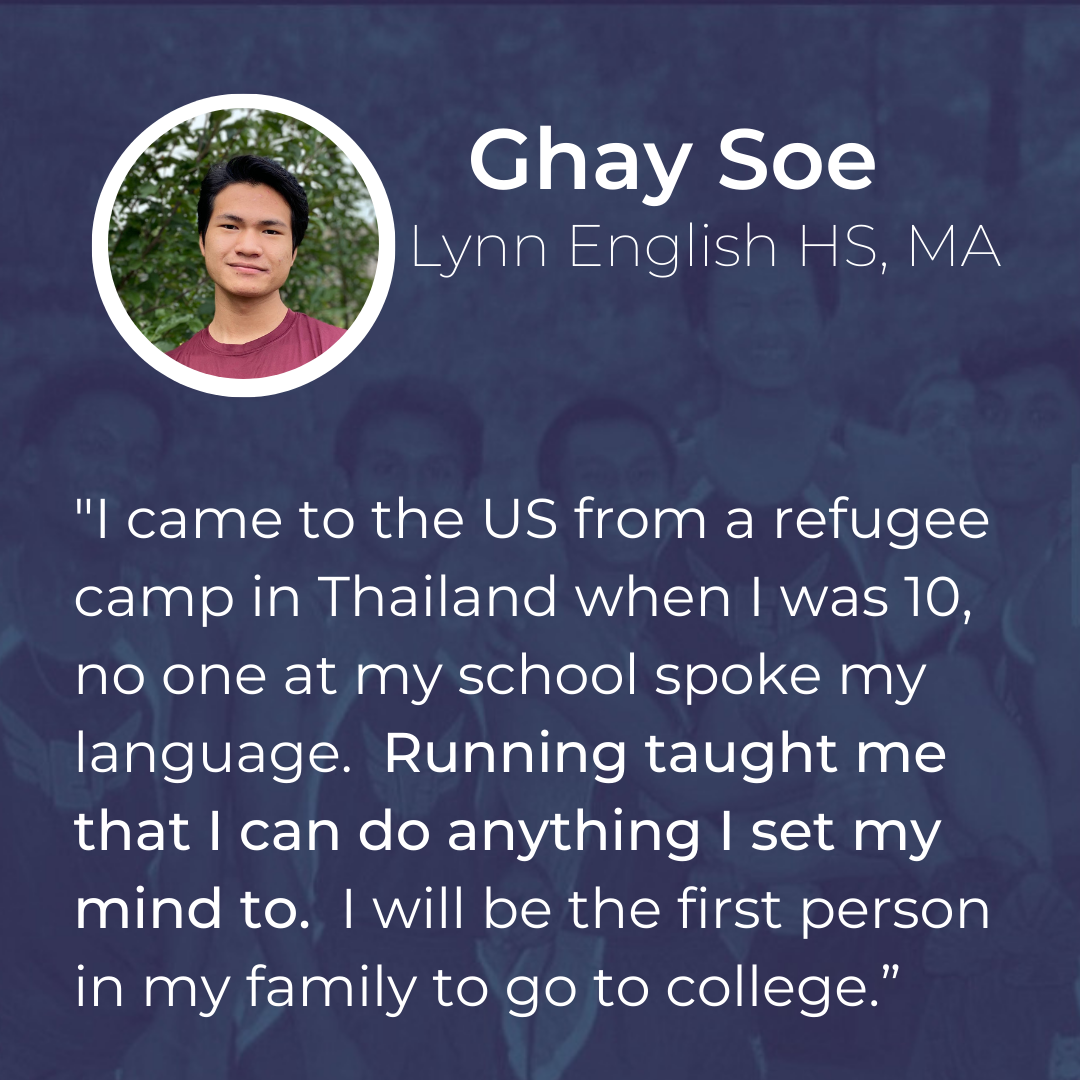 Ghay saw the opportunity to apply for the Triple-Impact Competitor® Scholarship during his sophomore year, but realized he could not apply until he was a junior year. He made a mental note to check back the next year and applied when he was eligible.  He was able to relay the many positives he learned through sports - the many things that helped him acclimate and succeed in the US- on his application.

Sports for Ghay "was a really good opportunity to connect with my peers and my coaches. Coming together, training together, and working together really helped me with my self-confidence. I started to build self-confidence that I didn’t have before." He said sports also helped him "communicate with others, to ask for help. I wasn’t as quiet or shy as I was before."

The references on his application spoke highly of Ghay and the positive influence he has been to the school and his teams.  His guidance counselor, Matthew Wilkins shared that “Ghay Soe is a diligent and conscientious young man who exudes positivity, happiness, thoughtfulness, optimism and an acceptance of people from diverse backgrounds. He is beloved by students and staff.” He went on to share how Ghay is a leader amongst his peers through a group called The Friends of Rachel Club. Ghay and other members of the club, “act as agents of change in our school community [and] are welcoming of students who may feel alone, lost, different or ostracized. They plan social events during the year to bring together students of diverse backgrounds and celebrate each other’s similarities and differences”. Ghay is a leader by example, always showing empathy for, and understanding of others and making sure everyone feels a part of the “we”. He knows how valuable being accepted was to his progress at school and in sports. 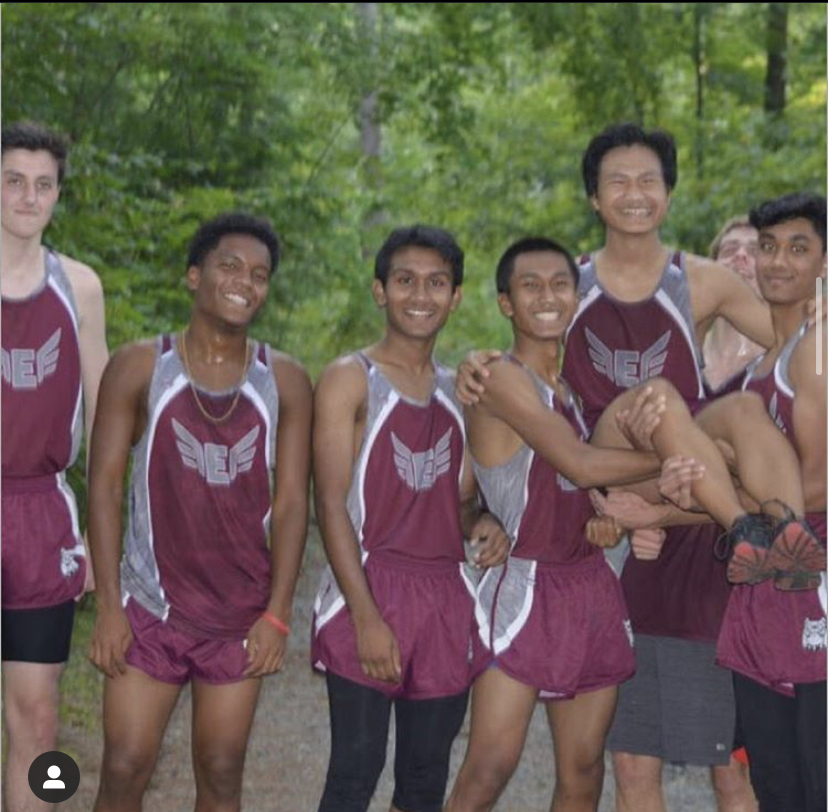 When Ghay learned that he was a winner of the TIC scholarship, he said, “I was very happy. I texted my advisor and she was very proud. It was the first scholarship I ever got so it was a very exciting moment for me.” Ghay will be the first person in his family to attend college. His parents, “are very supportive of me and are happy that I am going to college.”

Ghay has high aspirations for his time at college. “One of my passions is to become some kind of a leader to have the background and skills to help with the conflict in Myanmar. He indicated that “there is not a lot of leadership represented in my people.” He hopes to study international relations in college and eventually get involved with the United Nations to help the people of Myanmar.