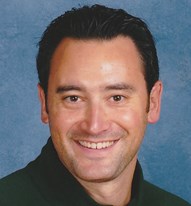 Ornstein is one of 50 national recipients of the Double-Goal Coach award, named for coaches who strive to win while also pursuing the more important goal of teaching life lessons through sports. The award includes a $200 prize, a certificate, and mention within the websites and newsletters of Positive Coaching Alliance (PCA), a national non-profit developing Better Athletes, Better People through youth and high school sports.

“Gus helps his players win on and off the field,” said Darrell Johnson, Executive Director of PCA-New York City, the local Chapter of Positive Coaching Alliance. “By creating a positive, character-building youth sports experience and serving as a Double-Goal Coach, Gus helps youth develop into better athletes and better people.”

Ornstein – an alum of The Fieldston School, who went on to play quarterback in the NFL – brings much more than the x’s and o’s to be expected from his experience. At a well-heeled private school that also offers financial aid to children from less-advantaged sections of the Bronx, Ornstein melds a team of players from diverse backgrounds. What makes it work?

“Football has got to be fun,” said Ornstein, who also serves as the school’s athletic director. “If it’s not fun, kids are not going to play. Our kids are so busy that football may not even be in the top ten of some of our kids’ priorities. My number-one thing is how to make it positive, rewarding and fun and get those kids who are on the bubble to come out and join.

“This is a progressive institution. From the time kids get here, whether that’s kindergarten or sixth grade or whenever, they’re taught to think for themselves. They’re given a ton of leeway in their academic studies, a ton of space to find their own passions. If we weren’t giving our kids that same kind of freedom in football, they wouldn’t know how to respond. So, I want to give them space, want them to be themselves, ask questions, and have input. I want them to feel invested, like this is theirs. To coach that way, you have to feel secure in yourself and not feel threatened.”

Ornstein’s approach demonstrates the role sports can play in the development of youth, Johnson said. “Our Chapter’s employees, board and supporters are thrilled that Coach Ornstein is getting national recognition for his work at The Fieldston School. Having an award-winning Double-Goal Coach in the community provides an example for other coaches to emulate, so thousands more youth and high school athletes in our area can benefit from a positive, character-building sports experience.”