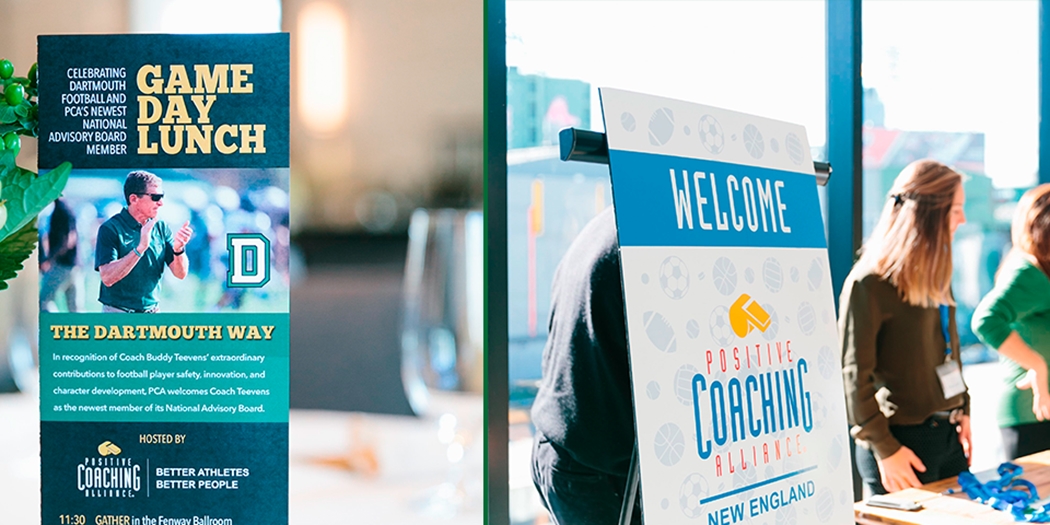 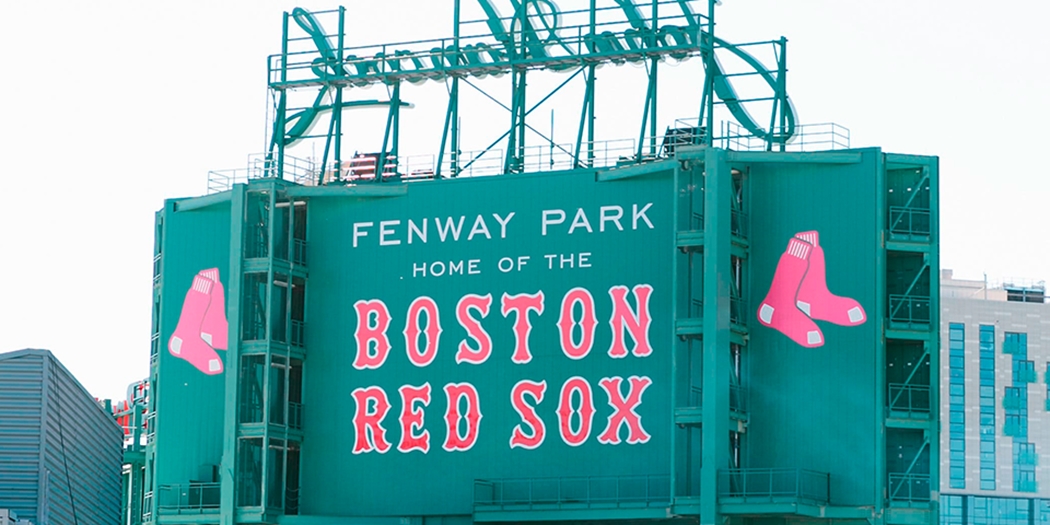 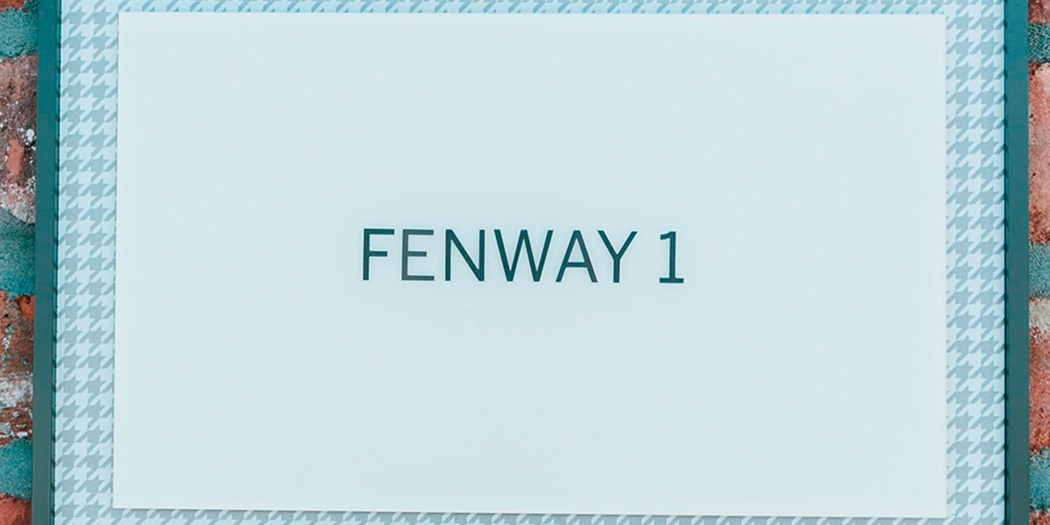 Positive Coaching Alliance welcomed Eugene Francis (“Buddy”) Teevens III to Positive Coaching Alliance’s National Advisory Board on Friday, November 10th at a special Game Day Lunch for 100+ Dartmouth football alumni, families, and friends at the Hotel Commonwealth, overlooking historic Fenway Park, just hours before Dartmouth headed to Fenway for a big win over Brown 33-10. Eight days later, the Big Green wrapped up their season with an exciting win at home over Princeton. Despite besting 2017 Ivy League football champion Yale, Teevens’ team tied for second place in the Ivy League, with losses to Harvard by 3 and Columbia by 5.

In a room filled with sunlight and a broad view of Fenway Park, on November 10th, Isaiah Kacyvenski welcomed Teevens to PCA’s National Advisory Board, a group of top athletes, coaches, leaders, researchers and authors on sports and educational psychology. Kacyvenski, a former Harvard football player, 8-year NFL veteran, and co-founder of the Sports iLab, is a member of PCA’s National Advisory Board. Kacyvenski represented the other members of that Board including New Englanders Tommy Amaker; Tom Beckett; Kristine Lilly; Chris Nowinski; Bob Scalise; Harry Sheehy; Brad Stevens; Katey Stone; and Jerry York; and football athletes and coaches Steve Young, David Shaw, and Pat Fitzgerald. Kacyvenski shared his respect and admiration for Coach Teevens, standing behind a podium bearing a Dartmouth pennant. Kacyvenski humbly acknowledged that Teevens, with his long-standing commitment to making football safer for athletes at every level and his reputation as a “maker of men,” has long deserved this recognition from PCA.

Teevens was introduced by Jay Fiedler, a 1994 Dartmouth graduate who earned two Ivy League titles playing for Coach Teevens and went on to an eleven-year career in the NFL as a quarterback with the Dolphins and five other NFL teams. Fiedler now runs PrimeTime Football where he, like Teevens, teaches the sports of football and “helps young men strive to become all-around student-athletes who succeed on the field, in the classroom, and in life.” 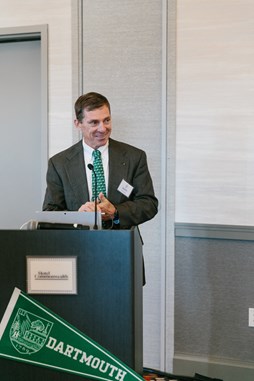 Teevens spoke passionately about his ongoing work on football player safety, innovation, and positive coaching. He explained how his “no tackling in practice” rule has been received at Dartmouth, and in programs from the youth level to the NFL. Teevens explained how they teach tackling at Dartmouth, without hitting each other, and had the robotic tackling dummy developed at Dartmouth, the MVP “mobile virtual player” in the hotel ballroom at the Game Day Lunch for people to experience. Coach Teevens shared his belief that “unless we change the way we coach the game, we won’t have a game to coach.” And, before he facilitated a Q&A session with four of his players, he explained that his focus was to develop “great football players at football time, great students at academic time, and great guys all the time.” Teevens mused that among the 3,000+ young men he has coached might be a future President of the United States.

One after another, the four Dartmouth Football players who joined Coach Teevens in the program, Brock Bacon, Davaron Stockman, Charles Mack, and Cameron Skaff, talked about why they chose to play at Dartmouth for Coach Teevens and how they appreciated his concern for safety and development both on and off the field.

As for joining PCA’s National Advisory Board, Teevens said “I appreciate the opportunity to impact young athletes in a positive way. PCA is a leader in character development and in training coaches; I am thrilled to join PCA’s National Advisory Board to help spread the PCA message across the U.S.,” Teevens played football and hockey at Silver Lake Regional High School in Kingston, Massachusetts and at Dartmouth College before going on to a football coaching career that took him from Maine to Dartmouth to Tulane to Stanford, and back to Dartmouth again.

"I'm excited that Buddy has joined PCA’s National Advisory Board," said PCA Founder and CEO Jim Thompson. "His commitment to give back to youth and his platform as the head coach of Dartmouth College’s football team will be very helpful as PCA works to transform youth sports to develop Better Athletes, Better People anywhere kids play sports, especially football."

Executive Director of PCA’s New England chapter, Beth O’Neill Maloney, thanked Coach Teevens for taking time out of his game day preparations to make the Boston lunch possible while so many Dartmouth alumni were in Boston for the special game at Fenway. Maloney added “PCA is excited about having the opportunity to share Coach Teevens’ approach to coaching football--smarter, better, and safer--with PCA youth and high school football partners in New England and nationwide.”