Fostering a Positive Culture Takes a Team: A Look at Fremont High School 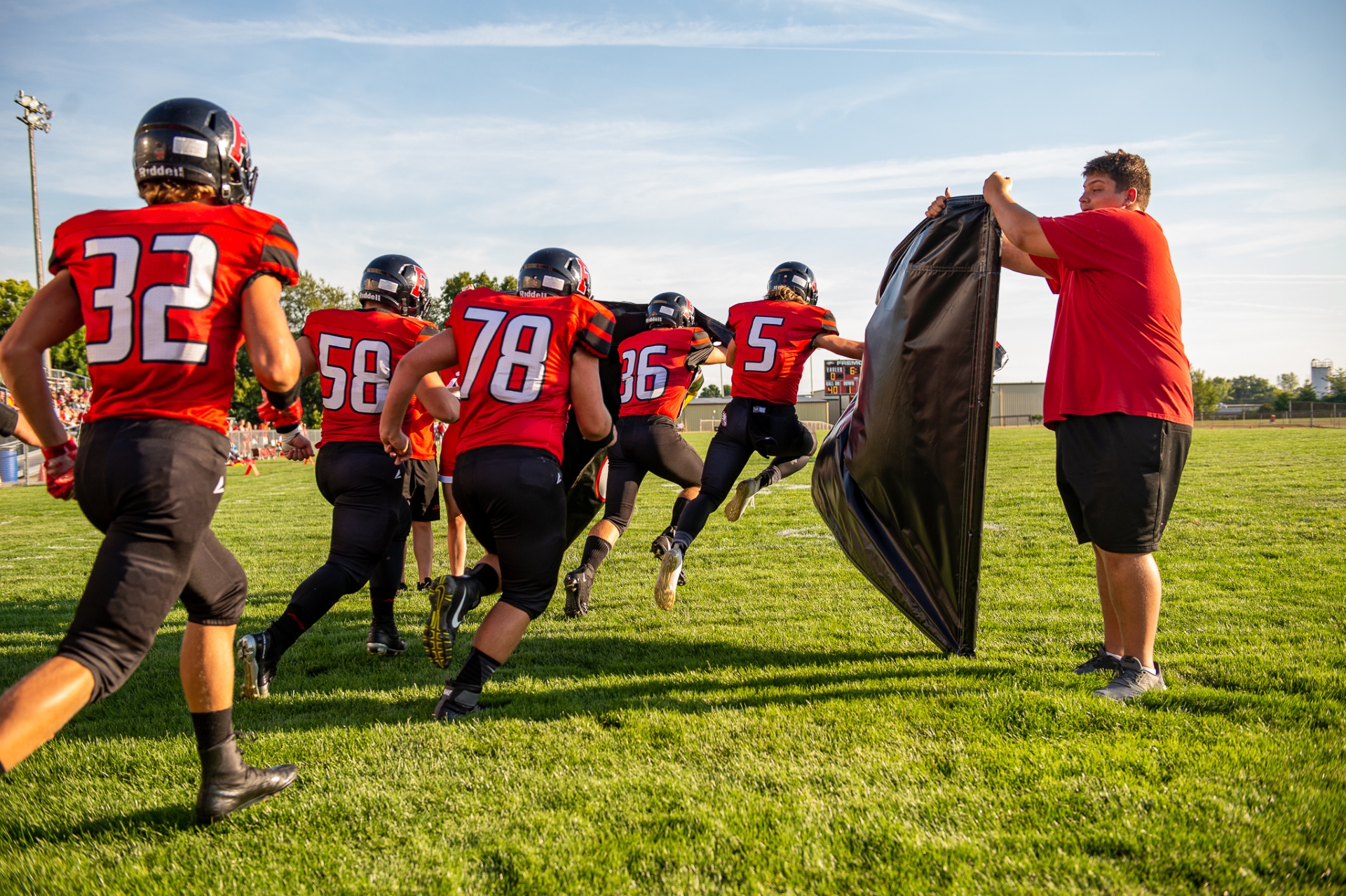 When I became the Athletic Director at Fremont High School in 2008, I set a goal to change the culture of athletics at our school. I saw problems that prevented us from providing each of our athletes with a positive experience in athletics. Coaches wanted to win at all costs, athletes often lost their cool when adversity struck, and parents were unreasonable and out of control. I can remember in the first few years dreading Friday night varsity football games because sometime during the course of every game a parent or set of parents would berate me. I can remember one night needing to escort my coaches to their cars because there were parents waiting in the parking lot for them.

I understand that this issue is not unique to Fremont High School. But I thought that my individual efforts as Athletic Director to put measures in place would foster change since we are a small, rural school in Indiana. Despite my best attempts working with parents, coaches, and athletes, the culture certainly was not near where I wanted.

I discussed this with some teachers and coaches at lunch one day, and one of the teachers, who had a son attending another school, told me about how Positive Coaching Alliance was working with athletics at that school and how he thought it was a really beneficial program. I did some research and contacted PCA to see how its programs might work within our school. My primary focus was on getting assistance with our parents.

After my first conversation with PCA, I believed in their mission and work.  Despite my confidence in their programming, investing in their workshops remained a significant consideration because of our school's budget. The cost of bringing in PCA was a financial strain given our tight resources. After a lot of thought and coming to the realization that I needed help developing the culture I wanted, I chose to invest in their programming, and I am so glad I did.

PCA led our first session with our coaching staff and I was immediately impressed. I was even more impressed with the next session which was with a group of our athletes.  After these two successful events, I could not wait for the workshop with our parents since I believed our issues with developing a positive culture most stemmed from their behavior.  We promoted it for weeks and I expected a large crowd for the session.

To my utter disappointment, we had a small group of 15 parents arrive.  Most of them were positive parents, who really did not need the tools offered in the session.  But I remember the presenter, who put on an excellent workshop, remind the parents that even though they represented a small portion of the parent population, they could make a difference by setting the example of how parents should act.

These sessions took place at the beginning of the school year and I thought we made some progress toward achieving the culture I was looking for, but it was not close to what I had hoped for.

Roger Probst was named the District 2
Athletic Administrator of the Year in 2019.

Near the end of that school year, a mother of a player on the football team, which had one of the worst sport cultures at our school, approached me about the possibility of organizing some events for the upcoming summer to help improve the team's values. Her son was a rising senior and she wanted him to experience a good final season of football.

This mother had not been the most positive parent over the years, but she also attended that first parent session with PCA. She told me that she thought it would be helpful if there were some informal social gatherings with our returning players, parents, and coaching staff. She thought that the gatherings could establish a bond that might help everyone stay together during the season. She believed it would help parents recognize that coaches are normal, good people with families, and allow coaches the opportunity to have conversations with parents about topics other than sports competitions.

That summer, there were several cookouts and other events for the football program. They were so successful that the parents decided to continue the gatherings by having a meal with parents, coaches, and players every Thursday night during the season.

We only won two games that year, but it was the best football season I had as Athletic Director. The bond that was created over the summer helped keep everyone on the same page and allowed the athletes to have a positive football season. Prior to that year, it was common for me to start a morning (especially on a Monday after a Friday night football game) with a phone call from a disgruntled parent. During that season, I only had a handful of those types of calls.

I do not know if what this mother heard in the PCA session had anything to do with what she planned and carried out for that summer, but I suspect that it did.

What happened during this football season had a domino effect.  Since we are a small school, we frequently have two and three sport athletes.  When these athletes (and their parents) moved onto their winter and spring athletic seasons, they wanted to continue the same culture of positivity.  I started to see us move towards the values that I envisioned for athletics at Fremont High School.

That monumental football season occurred in 2017.  This year, for the second year in a row, our school has been named as a recipient of the Indiana High School Athletic Association (IHSAA) Sportsmanship Award.  Out of 412 eligible schools, there were 17 schools in the state that received this award last year and there were 23 this year.

In the letter that we received informing us that we earned this award, the Assistant Commissioner of the IHSAA wrote, “Fremont High School is to be congratulated for its efforts in fostering good sportsmanship, citizenship and character within its students, patrons and community members”.

We are a lot closer to having the culture that I envisioned when I became Athletic Director 12 years ago...PCA is certainly instrumental in that process. Their sessions with our coaches, athletes, and parents taught our community the concepts that led to positive experiences in our HS athletic programs.

We are a lot closer to having the culture that I envisioned when I became Athletic Director 12 years ago.  There were many factors that got us to this point, but our work with PCA is certainly instrumental in that process.  Their sessions with our coaches, athletes, and parents taught our community the concepts that led to positive experiences in our high school athletic programs.

We still have issues that come up, as any school will, but I feel so much better about the direction our culture is headed in than I did five years ago. I know we are closer to providing athletic programs that lead to positive experiences for everyone involved. Probst is in his 13th year as Fremont’s athletic director, smoothly making the transition from teaching and coaching to administration. He was the Eagles’ baseball coach for 24 seasons, compiling a record of 352-294 with four sectional championships, regional titles in 1998 and 1999, and a semistate final appearance in 1999.